You are at:Home»Latest»Spanish Police going nuts, smashing Celtic supporters with batons, old man got sh*t kicked out of him

ALL day on our Supporters Club WhatsApp page our advance party – at the Mestalla to get tickets by any means legally possible – have been reporting on the aggressive nature of the Spanish police around the stadium.

Locals including some homeless folk and even some Spanish schoolgirls were targeted by the heavy-handed police because they had been assisting Celtic supporters in purchasing tickets for tomorrow night’s game. 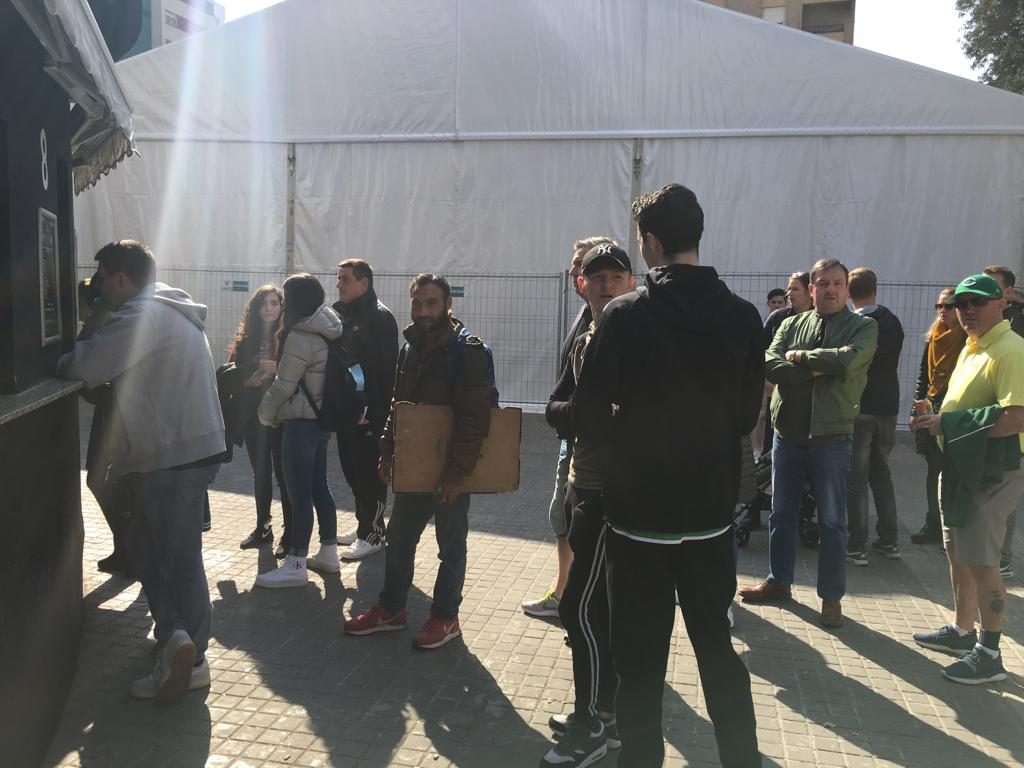 Spanish help Celts get tickets but the cops are watching

The message has been becoming increasingly clear as the day has gone on – Valencia don’t want any Celtic supporters in the Mestalla Stadium tomorrow unless they are in the designated away section.

Yet many thousands of Celtic Fans have been going to extraordinary lengths to purchase tickets. There has also been very few Valencia fans pitching up looking for tickets so it is unlikely in the extreme that their stadium will be anywhere near capacity. 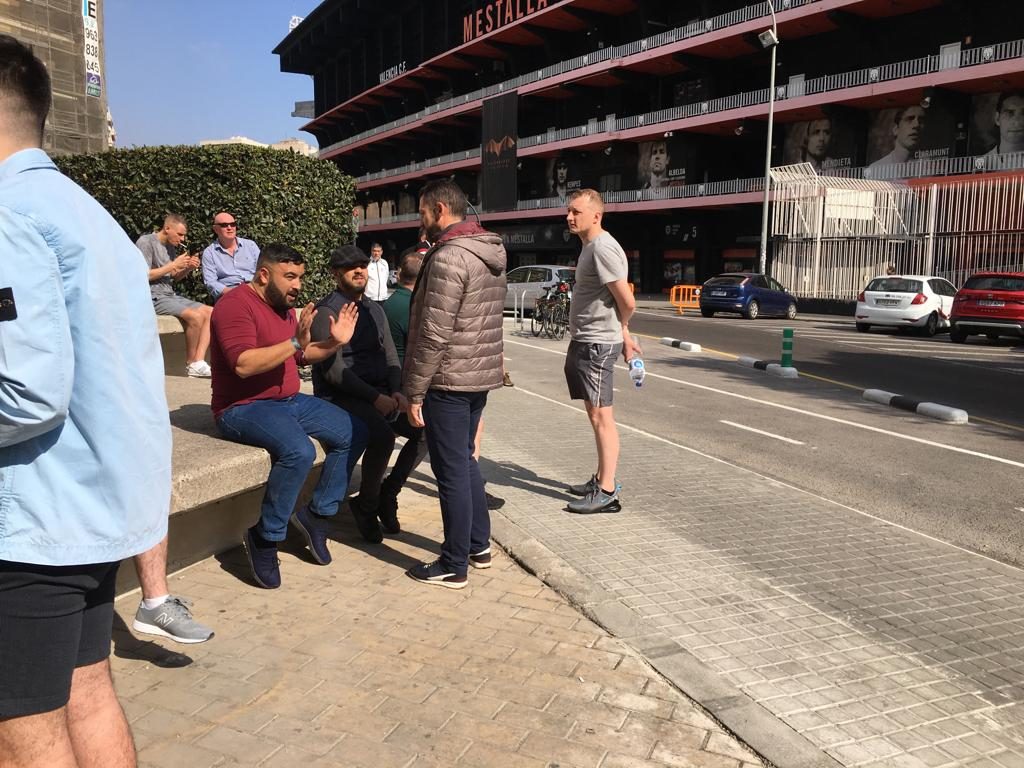 Locals being targeted by the plain clothes Spanish Police for helping Celtic supporters purchase tickets at the Mestalla today.

As day turned to night the heavy-handed Spanish Police have started to confront The Celtic supporters, totally unprovoked. Here’s one video – there are other doing the rounds this evening. The violence is unprovoked, it is unacceptable and Celtic should be saying something about it.

The Celtic support has a well deserved reputation for good behaviour on our European trips, even when as usually happens, results don’t go our way.

10,000 Celtic Fans have travelled to Valencia and the Spanish haven’t even set up a fans zone to accommodate the supporters who will not get a ticket. Celtic tried repeated to get information on this from the La Liga giants but without success.

If you are in Valencia or are arriving tomorrow, stay safe and avoid the heavy handed Spanish Police as much as you possibly can. Sadly Valencia is looking like a hostile environment.

Previous Article“First goal will give us confidence to go get another one,” Brendan
Next Article Celtic on This Day – The Henrik Larsson show, Motherwell 1 Celtic 7