You are at:Home»Latest»SPFL announce increase in League Cup prize money

The money for participation in the Scottish League Cup is due to go up ahead of the forthcoming season. The SPFL have made the decision to increase the level of spending on the Premier Sports Cup given the increase in sponsorship levels. The announcement comes as UEFA called for the abolition of domestic cups lately, ultimately being rebuffed – and rightly so.

The third cup in Scottish football will have £2.1 million fed into it for the 2022/23 season. The participation fee will be at least £22,000 for each club, with more teams throughout the pyramid gaining access to the cash. In total, the money has increased £150,000 from the previous year, signifying a determination to avoid scrapping the historical tournament. 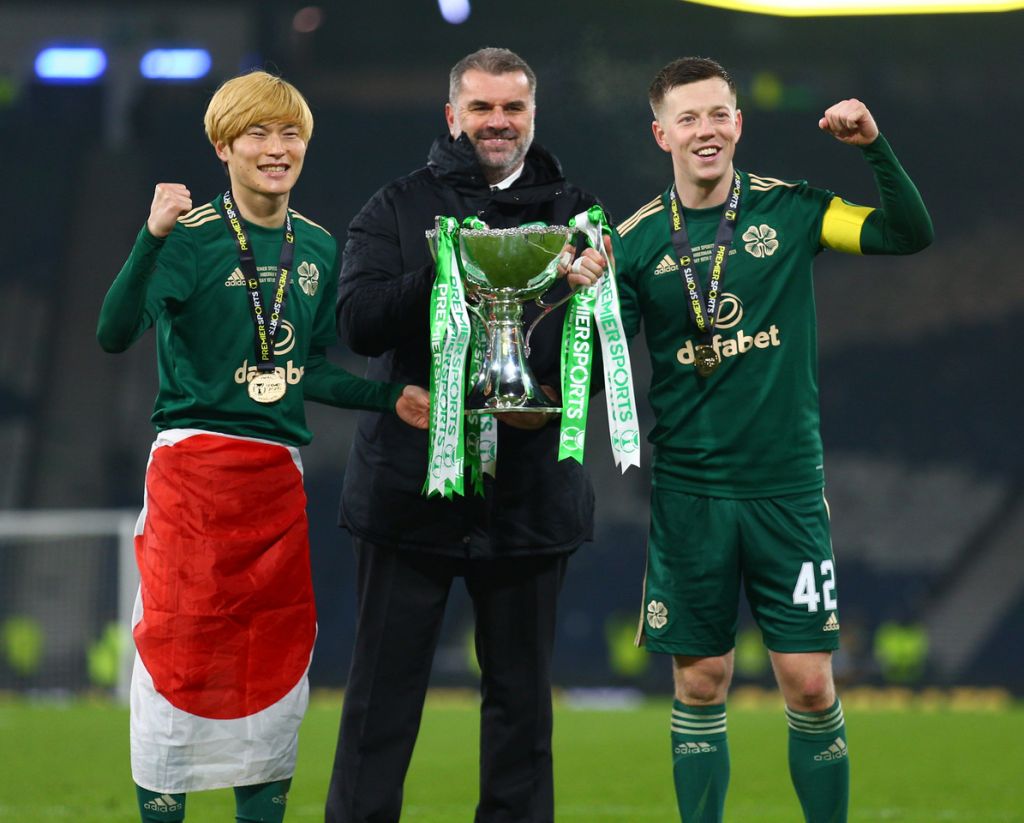 The winner of this year’s competition will receive an eventual £350,000 for scooping the trophy at Hamden Park this coming winter. Last year Celtic defeated Jack Ross’ Hibernian side 2-1 to lift the first silverware of the season thanks to goals from our Japanese superstar, Kyogo Furuhashi.
It would be the first of a League and Cup double in Ange Postecoglou’s first season at Celtic Park.

CEO Neil Doncaster said in a statement published on the official SPFL website: “We are delighted to announce record prize money in this season’s Premier Sports Cup. Premier Sports have been fantastic supporters of our premier cup competition. 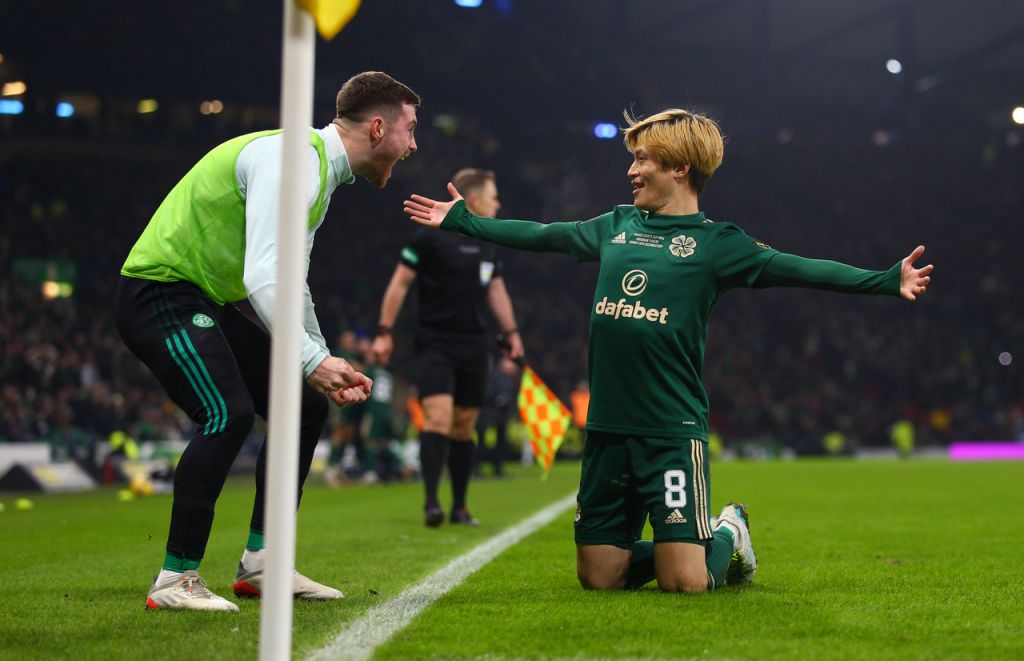 19th December 2021; Hampden Park, Glasgow, Scotland; Scottish League Cup final, Hibernian versus Celtic: Kyogo Furuhashi of Celtic celebrates with Anthony Ralston of Celtic after he makes it 2-1 to Celtic in the 72nd minute

“Their investment into the cup has allowed us to announce record prize money this season and these funds will continue to support our clubs as they recover from the pandemic. With the first-round group stage kicking off on 9 July, we are very much looking forward to another year of passion, drama and excitement in this season’s Premier Sports Cup, live on Premier Sports.”

Ange suggests opportunities for Celtic in a hectic end to the transfer window
Ange Postecoglou – We play our football, pitch not an issue
Hot days, a dry unwatered astro pitch but Celtic will still be putting on a show reckons Matt Riley
Previous ArticlePeter Grant on James McCarthy: “I know what the club means to him. I’m very loathe to be critical of him”
Next Article Atletico needing to sell before they can buy despite that Josip Juranovic link