You are at:Home»Latest»Spirit of ’86, It’s Albert Kidd Day – The Albert Kidd Song for the Greatest Celt That Never Was

Albert Kidd Song – The Greatest Celt That Never Was… 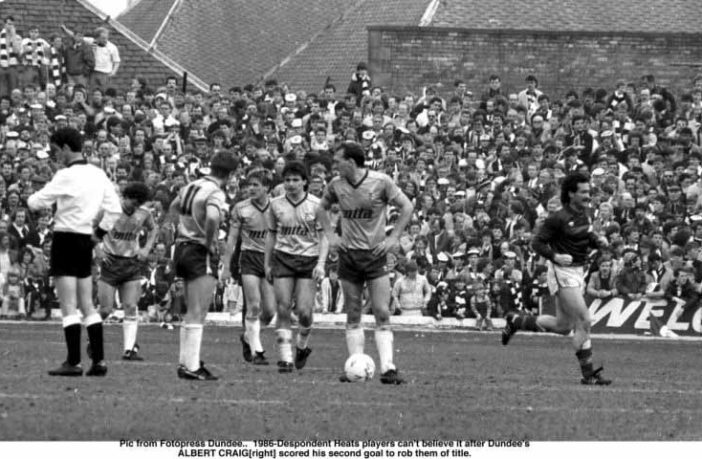 Throughout the history of Celtic Football Club many songs have been written to mark triumph and tragedy. Willie Maley runs through a multitude of monumental moments in Celtic folklore, whilst songs such as Hampden In The Sun and Piling On The Agony highlight individual successes. On the opposite end of the spectrum Johnny Thomson and Broken Dreams pay tribute to those lives tragically lost.

One of the great days in Celtic history was 34 years ago today, when the Hoops won the title against all odds. Strangely, it was not a Celtic player who was the hero of the day, but rather Albert Kidd of Dundee, who rattled home two late strikes to break Hearts.

He has the rare accolade of a Celtic song being dedicated to him, despite never playing for the club and you can listen to, on this day of days, below: