FORMER Celt Lewis Morgan yesterday bagged a pretty special double against New York City FC but it wasn’t enough to prevent Inter Miami going down by 3-2, although a late equaliser was ruled out by VAR. 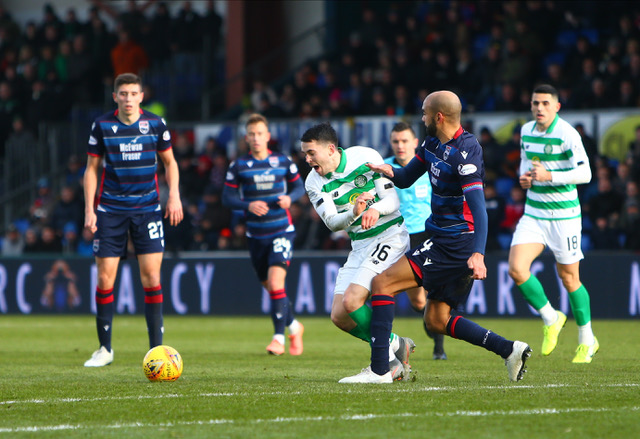 “On one side it’s difficult to understand but easy to explain. We clearly made errors that allowed our opponent to score…I think that it’s an issue of concentration, of being focused, and of individual errors that we have to work on and continue giving the team confidence because I think they play well,” said manager Diego Alonso. “We’re constantly doing more to merit a victory than our opponents, but to win the match we have to be better, and that’s what we have to correct. We have to minimize the amount of errors that we’re making, if not it’s difficult to compete at any level.”

Have a look at the former Celtic winger’s goals – pretty special!

“What a finish from Lewis Morgan”

What a finish from Lewis Morgan. 🙌 pic.twitter.com/nh1Dyveg49

READ THIS...“Watch this space,” says Lennon. “Deals can be done in the last few hours of the window”

Previous ArticleSt Johnstone v Celtic: “Watch this space,” says Lennon. “Deals can be done in the last few hours of the window”
Next Article Team’s Up – Turnbull starts, Brown and Christie on bench