You are at:Home»Latest»Stevie Chalmers – that gentleman of Lisbon

How sad it was to have a write a tribute to the second Lisbon Lion to die in a week!

Hard on the heels of Billy McNeill came the death of another true Celt, true gentleman and great player in Stevie Chalmers.

Stevie broke into the team in the really bad days of the early 1960s. He was lithe and sharp and had the ability to score goals. Indeed under better management, 1960-1964 would might been a totally different story for Celtic. As it was, Stevie did not do at badly. With Chalmers on the right wing and John Hughes in the centre, loads of trophies might have been landed. But we all know that they weren’t. 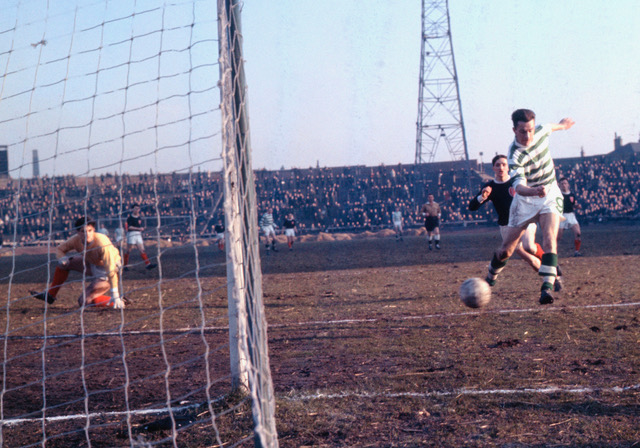 Yet Stevie was a hero of mine. Well dressed, polite to supporters and chivalrous to opponents, he was far from the stereotype of the rugged, less than totally intelligent football player as conceived by the media of the 1960s.

Yet he was tough as well. He had recovered from serious illness in childhood and had done his National Service when he came to Celtic Park in 1959 from the Glasgow junior side Ashfield, traditionally considered a Rangers nursery. He soon made his mark, although like everyone else he suffered the severe trauma of the defeat from Dunfermline Athletic in the 1961 Scottish Cup final.

He had a good season in 1961/62, but things went very wrong in 1963, and the supporters turned on him. I recall with bitterness a game against Dundee United, a week after the first game of the 1963 Scottish Cup final when everyone should have been backing the team and Stevie was playing hideously out of position on the left wing.

The whole thing was crazy, and I recall having to listen to the filth of the morons directed at my hero and having to hold back the tears of frustration as the team went down 0-3 to Dundee United. It was hardly the greatest of surprises when they went down 0-3 in the Scottish Cup final replay as well. 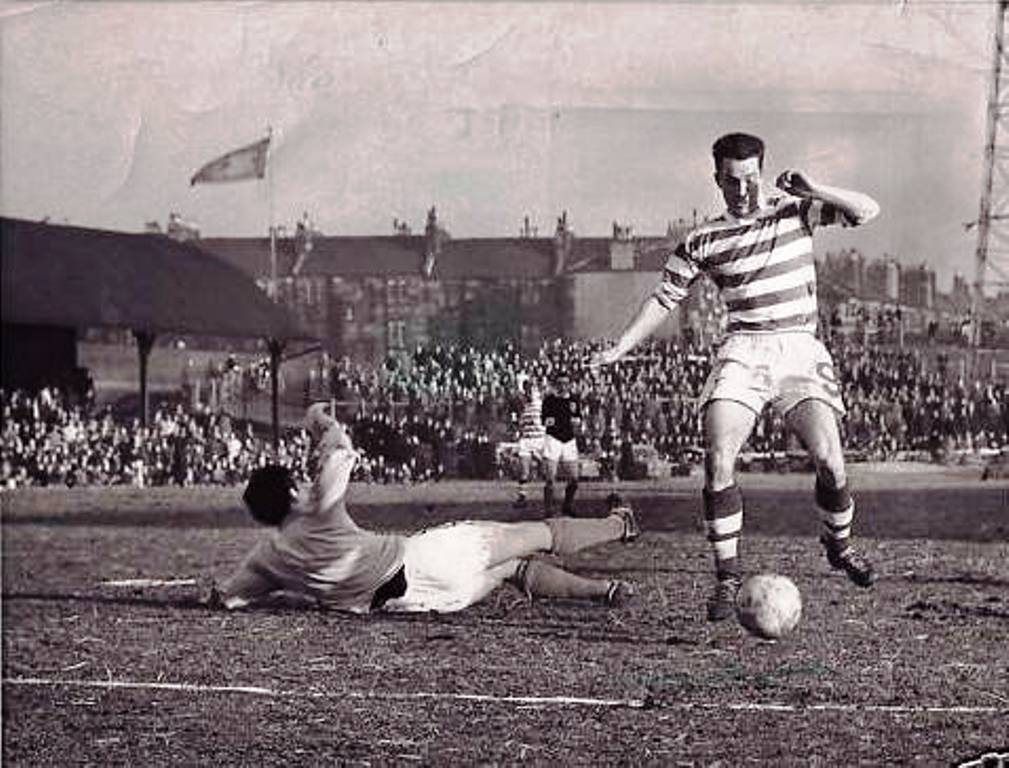 Stevie had lost confidence. It took him time to recover it, but when he did, the goals began to come again. On the day that we at last beat Rangers in September 1964, he had a brilliant diving header to score the first goal, and then in a League Cup quarter final when the team was down 0-2 from the first leg to East Fife, Chalmers scored five in the second leg – all of them crackers and well worth watching if you can find them on You Tube (see below).

And then came Stein. On the right wing the day of Billy’s great header against Dunfermline, a great hat-trick over Rangers in early January 1966 and of course the winning goal at Lisbon. My mind went back those 4 years to that game at Tannadice, and I wonder what those “supporters” thought of him now. I hope they had the grace to apologise and admit they were wrong about the man who scored 228 goals for the club. 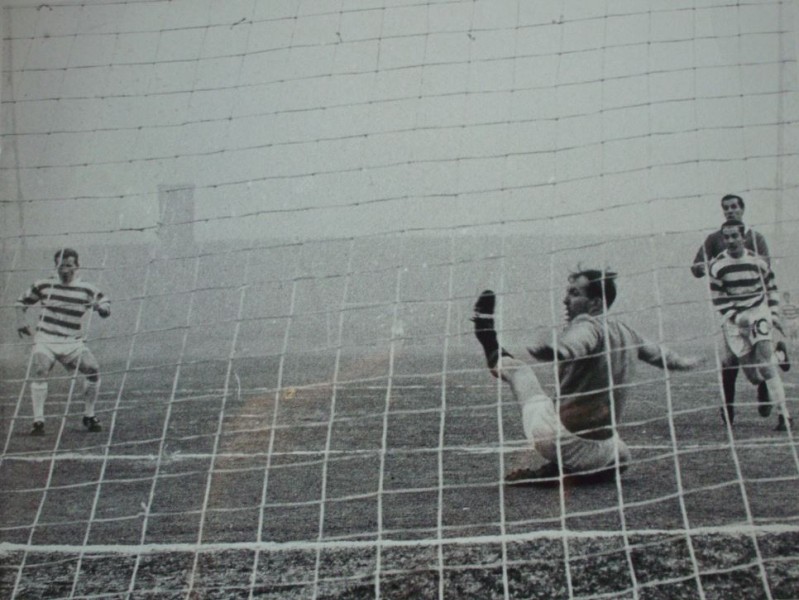 He was used more sparingly by Stein in later years, but he still had his moments like the goal he scored in the 1969 Scottish Cup final. In later years he went to Morton and Partick Thistle, but he was always a Celt, at one point co-ordinating Celtic Pools with The Celtic View saying that Stevie would come to your house if you wanted to become an agent.

I know of several people who had no intention of becoming an agent, but could not resist the possibility of a visit from that gentleman of Lisbon.

It has been said that Billy McNeill was “what Celtic was all about”. Might I suggest that Stevie Chalmers might also be included in that category?

He won the big cup and he brought it back, rest in peace Stevie pic.twitter.com/JmbE5XqiJ7

Says it all about the man. pic.twitter.com/KXVdzcIR8g

Our deepest sympathies are with the friends and family of Stevie Chalmers, a @CelticFC legend who scored the Lisbon Lions' winner in the 1967 European Cup final. https://t.co/XTPFAb7HMt

And yesterday we remembered Willie O’Neill…