You are at:Home»Latest»Stewart Tips Celtic Keeper for Capital Move

BBC Pundit Michael Stewart has tipped Craig Gordon for a move to Hearts in the January transfer window. New Hearts manager Daniel Stendel is looking to bring about changes at the Tynecastle club and the ex-Hearts midfielder believes that the Celtic keeper should be top of his list.

Speaking to the Scottish Sun, Stewart reckons that the 36-year-old would be a perfect fit for Hearts, especially due to the 5 years of success that he has enjoyed at Celtic – amassing 12 major honours since returning from the football wilderness and resurrecting his career with the Scottish Champions.

“Bringing the Scottish Cup- winning keeper back to the club should be one of the first things on the German’s New Year to-do list. It ticks all the boxes. Hearts need a keeper, Gordon needs a new club.

“It’s a move that would suit everybody, and Stendel should push to make sure it happens.

Gordon is still hugely popular among Jambos fans after his first spell at the club, which saw him graduate through their academy. He’s played at the highest level for club and country, won major honours at Celtic and is still a top-class keeper.”

Stewart reckons that Gordon has the aura and ability to improve Hearts and give them a lift back from the danger of relegation.

“He’d be a figurehead at Tynecastle and would win Hearts precious Premiership points on his own.

“It’s exactly the kind of marquee signing the Jambos need to make when the transfer window opens at the start of January. The switch would suit Gordon as well.” 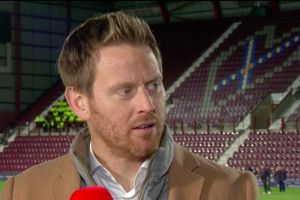 Gordon has played second-fiddle to Fraser Forster since the Englishman returned to Celtic on loan from Southampton is the summer. Gordon had previously lost the number one jersey to Scott Bain in January 2019 and has since struggled for minutes at Celtic and whilst he harbours ambitions to be part of the Scotland squads in the future, his age means he needs to make a decision regarding his future now.

“It doesn’t look like he’s going to oust Fraser Forster at Celtic, especially after his Betfred Cup final heroics against Rangers at Hampden. I’m sure, even on the brink of his 37th birthday, Gordon would love the chance to play himself into Steve Clarke’s Scotland plans ahead of the Euro 2020 play-offs in March.”

Gordon is in the Hearts Hall of Fame and left the Jambos in a £9m deal to Sunderland. However injuries meant he was released in 2012 before the 50-cap Scotland keeper signed for Celtic.

After Gordon played in the 2-0 defeat to CFR Cluj on Thursday, Gordon admitted that there hadn’t been any contract talks with Celtic meaning he may have to look beyond Celtic for game time. 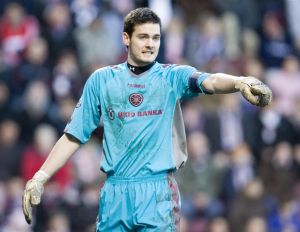 Gordon in his Hearts days

Christie Reflects on Potential Move from Celtic with No Regrets…https://thecelticstar.com/christie-reflects-on-potential-move-from-celtic-with-no-regrets/