You are at:Home»Latest»Stopping Ten In A Row – Celtic, The Mess We Were In

The 1997/98 season was one fraught with stress and tension all the way from the new bhoy Larsson’s poor pass in the very first game until that glorious moment in the final minutes of 9 May 1998.

Born in the ‘70s, I grew up the 80’s where Celtic were one of 4 separate championship winning clubs within a strong league that won 2 European trophies with a further semi-finalist of the European Cup and finalist in UEFA Cup.

My memories include crowding around a crackly transistor radio in an overcrowded caravan in Ayr in 1986 when news of Albert Kidd filtered through and we nearly punctured a hole through that caravan floor as we jumped up and down. 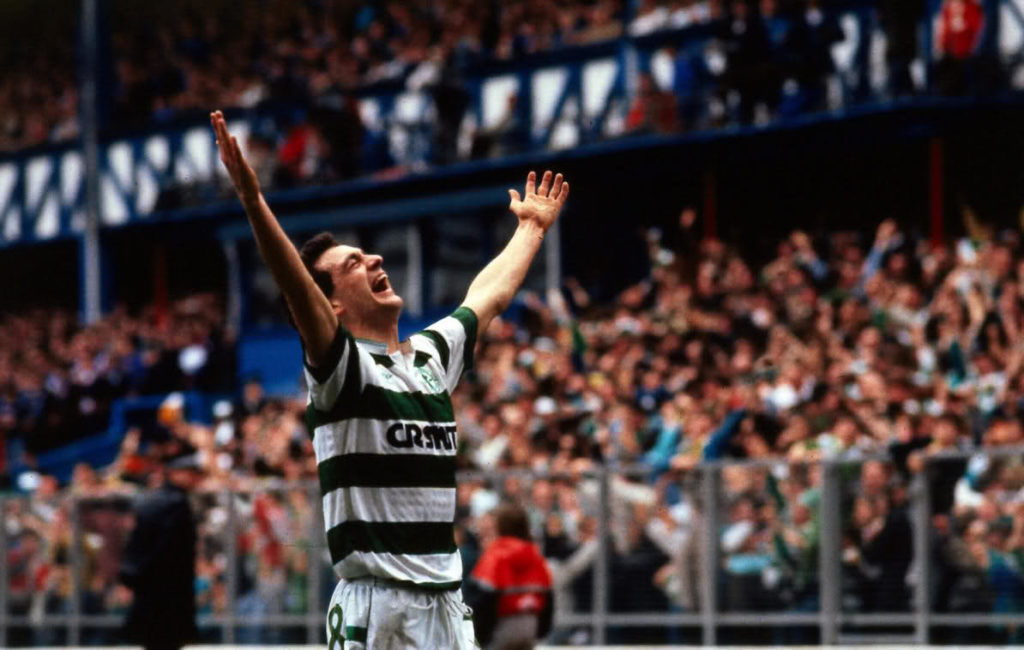 Another is, along with my 8 year old brother, being one of the hundreds of fans in 1988 ushered through an exit gate, opened at the behest of the police, to relieve the pressure on Janefield street and then marched along in front of the Jungle to the no-mans land between the home and away fans in the old Rangers End. The sight of the scarfs raised and the sound of YNWA at the end of that game gives me Goosebumps to this day.

Wonderful times to be a Celtic fan, especially when added to the 1985 cup final and both the semi and final in 1988 and the building of the new frontage to the main stand. Despite throwing away the league title in 1987 to a now resurgent Rangers, there was a feeling that we were a club on the up and my naive 15 year old self, had grand visions of winning the 1989 European Cup. I never could have imagined the fall from grace that my club suffered.

Despite winning the 1989 Scottish Cup, the deterioration of the club was well underway, although I refused to believe it. By the summer of 1991 I was working as a lifeguard paying my way through University and, following another dismal showing in the league and a semi-final defeat to Motherwell, a summer recruitment drive again had me upbeat about our prospects for the coming season.

A Rangers supporting colleague – who was known in the centre to be a bit dim – made a comment to me that Rangers were 10 years ahead of Celtic. I dismissed this out of hand as ridiculous but he insisted that Rangers infrastructure, stadium, spending power et al put them well ahead of us. While in the end it wasn’t 10 years, his premise was spot on and we had further to fall before being saved by Fergus and Dempsey et al. 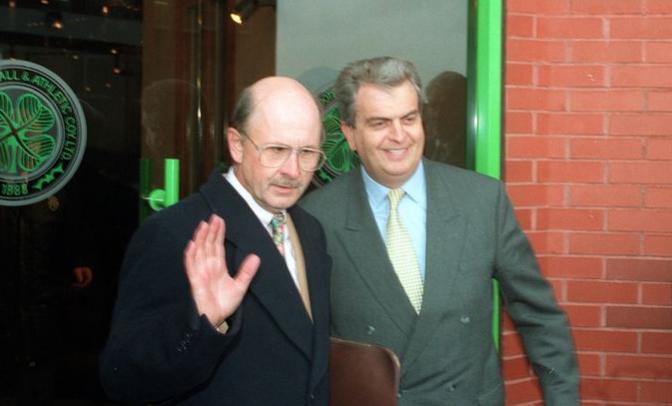 For Rangers first 7 in a row, Celtic did not provide any challenge to their city rivals and had to rely on the odd victory in a derby game. I remember clinging to the St Patrick’s Day Massacre at Celtic Park for months after. During this time we had to endure signings of the quality of Wayne Biggins and talk of Cambuslang while Rangers continued to sign proven internationalists and expand their stadium.

I remember watching a Spurs game on Sky with my father and he remarked that a stadium of the size of White Hart Lane is all we would need. That thought alone was devastating to me that we would end up a small club playing to 30,000 fans just a few years after 70,000 plus had squeezed into the old one. I was beginning to lose my close-season optimism and resigning myself to being an also ran. The fabled 9 was also starting to permeate my thoughts and I was already starting to feel anxious as they made it to 6.

When the Fergus McCann revolution started it was a slow burner and we still had to endure the torturous season at Hampden, the League Cup final defeat at Ibrox and Rangers title win number 7. The stress of watching the Scottish Cup final and the elation at the final whistle, lifted some of the fog but it wasn’t until we got back to Paradise and saw first-hand the enormity of the structure being built that I started to believe again.

Even now, having been to some of the biggest and most famous sports stadia in the world, I still pause in awe every time I walk up the steps at Celtic Park and out into the arena.

Season books for 1995-1996 were offered for the temporary stand at the Celtic End whilst the next phase of the stadium was built. We bought some exciting players in, the likes of Andreas Thom to add to big Pierre from the previous season and optimism was returning. Tommy Burns, one of my playing heroes, was beginning to build a team that could win games and play in that swashbuckling style he did as a player. 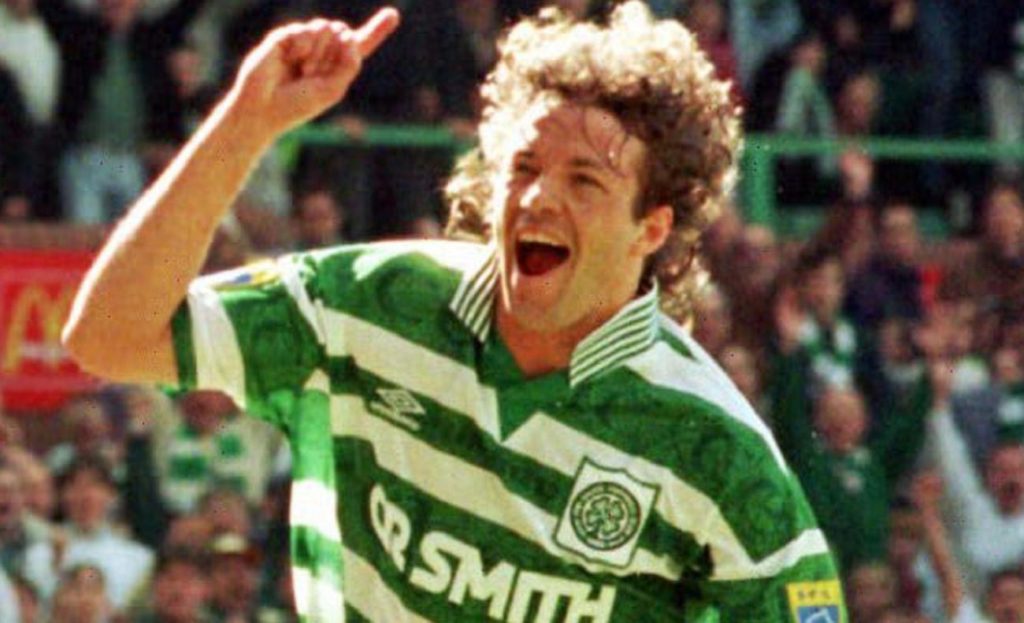 We were scoring goals and playing good football. When Jorge Cadete finally arrived that wet, wet night against Aberdeen, belief was beginning to course that we could do it. Despite only losing one game that season, there was still a fragility to the team and too many needless draws saw us fall 4 points short. But, and it was big but, we had competed for the first time in 8 years and finished behind a team that had taken a record points haul and were 28 points ahead of third placed Aberdeen.

Number 8 had been achieved nonetheless and once again the stress of how close they were returned.

Previous ArticleThugs battle Footballers for the Writers Player of the Year Award
Next Article Stopping Ten in a Row – Did Celtic have the mental strength to challenge Rangers?