You are at:Home»Latest»Striker in Loan Plea – Bayo, with a new baby on the way could stay in Scotland, why ‘Twitterless’ Griffiths must deliver

VAKOUN BAYO has reacted to the arrival of new striker Patryk Kilmala by making it known that he’d like a loan move over the next few weeks as he tries to kick-start his stalled Celtic career.

Niall J pointed out on The Celtic Star the other day that Bayo has had more birthdays than goals in his 12 months at the club. He was last January’s striker prospect with Peter Lawwell paying around £2million to bring the Ivory Coast striker to Paradise but he’s been troubled with with persistent injury problems and has managed in total just 13 appearances, mostly from the bench.

Bayo would do a job in the SPL for someone. You never know with fitness and game time he might just be a player in the future. HH pic.twitter.com/0yqGnsb8Gp

The 23 year old striker is now looking to get a loan move, according to a report by reliable Celtic journalist David Friel in Scottish Sun, to help him get the game-time needed to get his game up to speed and to effectively save his chances of making it at Celtic. 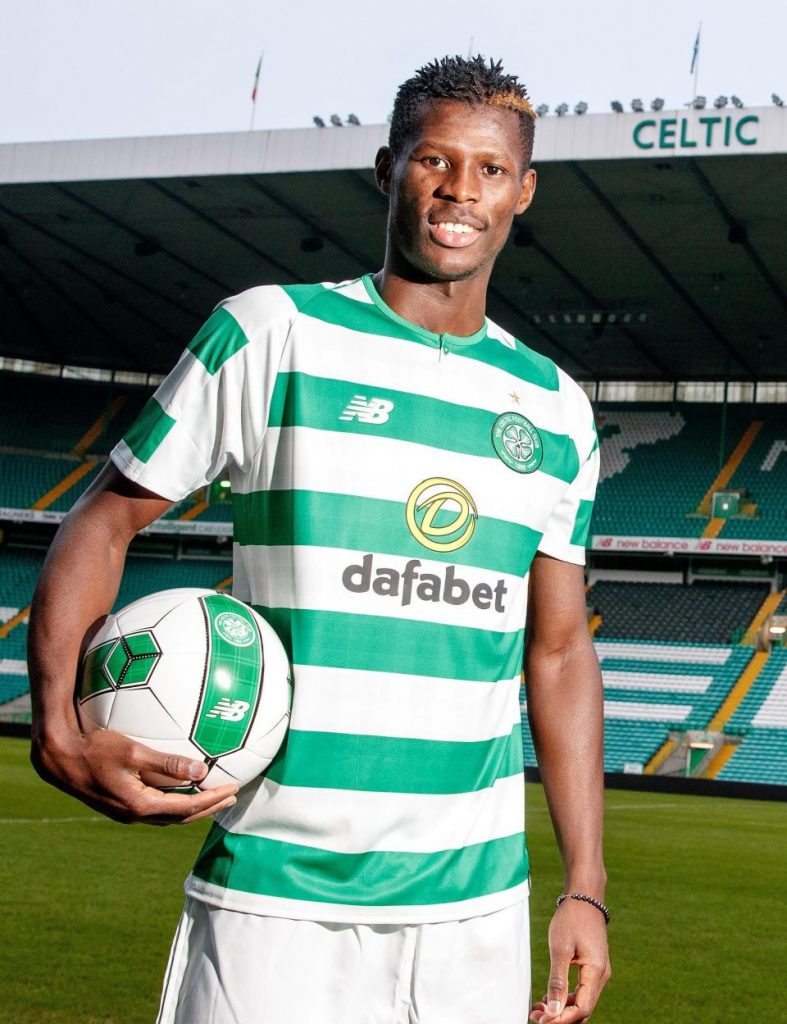 He arrived from Slovakian side Dunajska Streda last January after being recommended by Kolo Toure, then on the Celtic backroom staff at the club. However he left Bayo and the rest of us, high and dry when he participated in Brendan Rodgers midnight flit a month or so later. 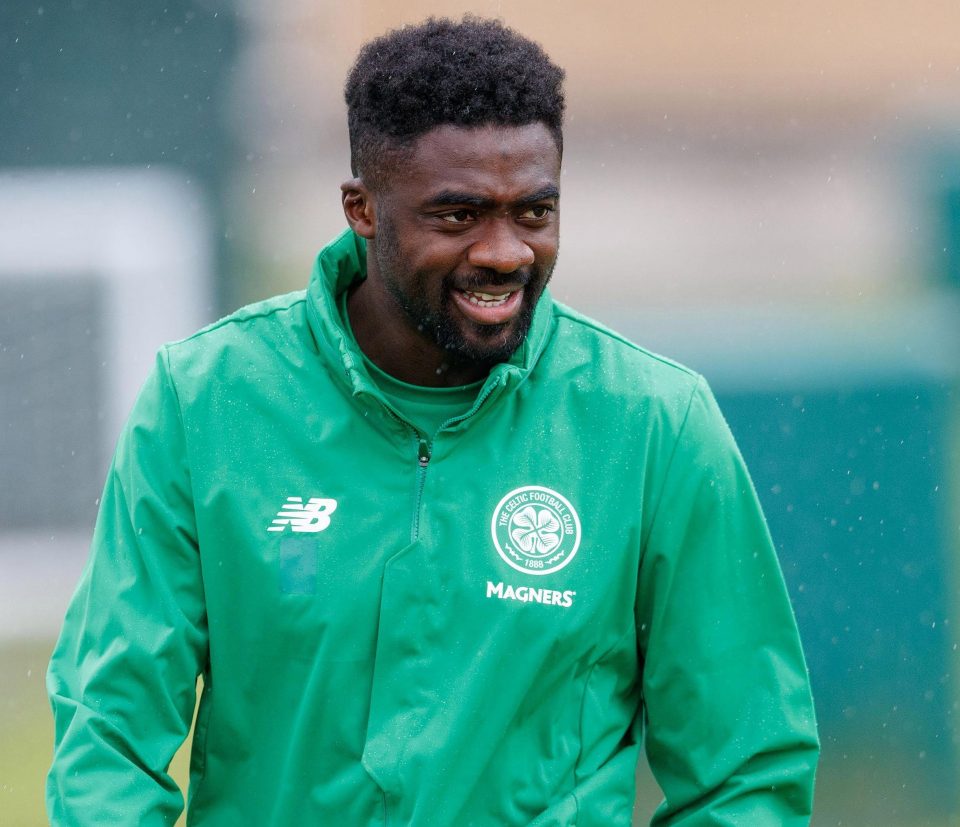 Friel suggests that Dutch and Swiss clubs have shown an interest in taking Bayo on loan but a move to another Scottish Premiership club might be more suitable given his family circumstances, as Bayo’s wife is pregnant and is due to have their second child shortly.

And strengthening another Scottish Premiership club in the second half of the season has its potential merits, given that the striker will not be able to play against Celtic!

Is the Griffiths tweet no in the same vein as him pushing the player away who wore the I wanna be Eduard tshirt in the xmas ad? Like a joke …member them ?

Leigh Griffiths was also in the news last night as Twitter turned on the Celtic striker for having his say. It read to me like he was simply saying he’d be fighting for his place at Celtic and remained in confident his own ability and the joke was no different to the one Celtic officially endorsed on the club’s Christmas video ad when he pushed Moi Elyounoussi away for wearing a ‘I wanna be Edouard’ t-shirt. 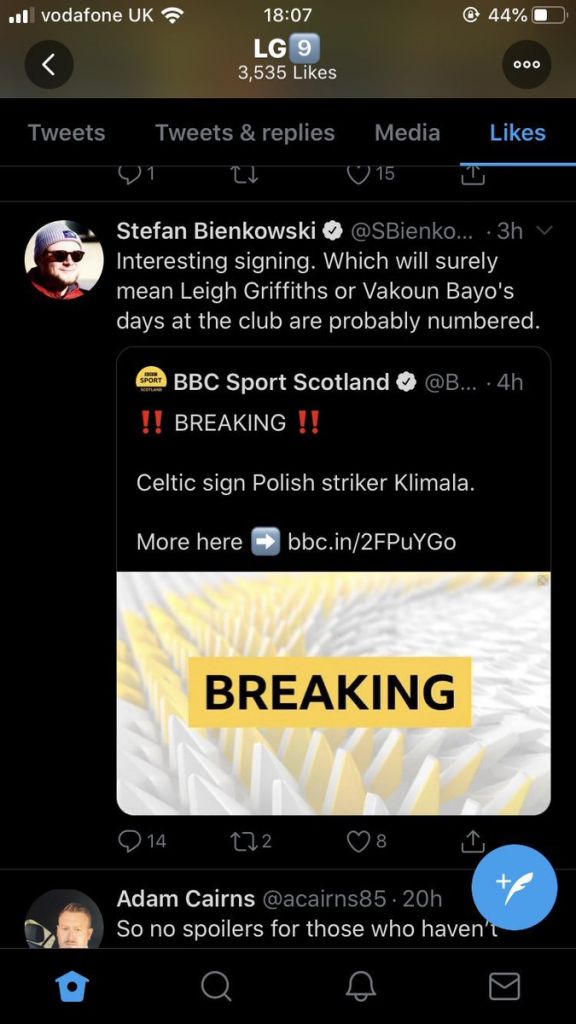 Griffiths had had enough of Twitter and deleted his account, which actually is no bad thing for him. It’s a distraction and he should focus on getting his Celtic career back on track. It doesn’t really matter if one or two in the press don’t think he can do it, of or if there are a group on Twitter of Celtic fans who agree – there is always another group of fans who will say the exact opposite on Twitter. The only man whose opinion on Griffiths’ future at Celtic that matters in manager Neil Lennon and he has also ready told the media that Griffiths is not going out on loan and has a way back into the side. 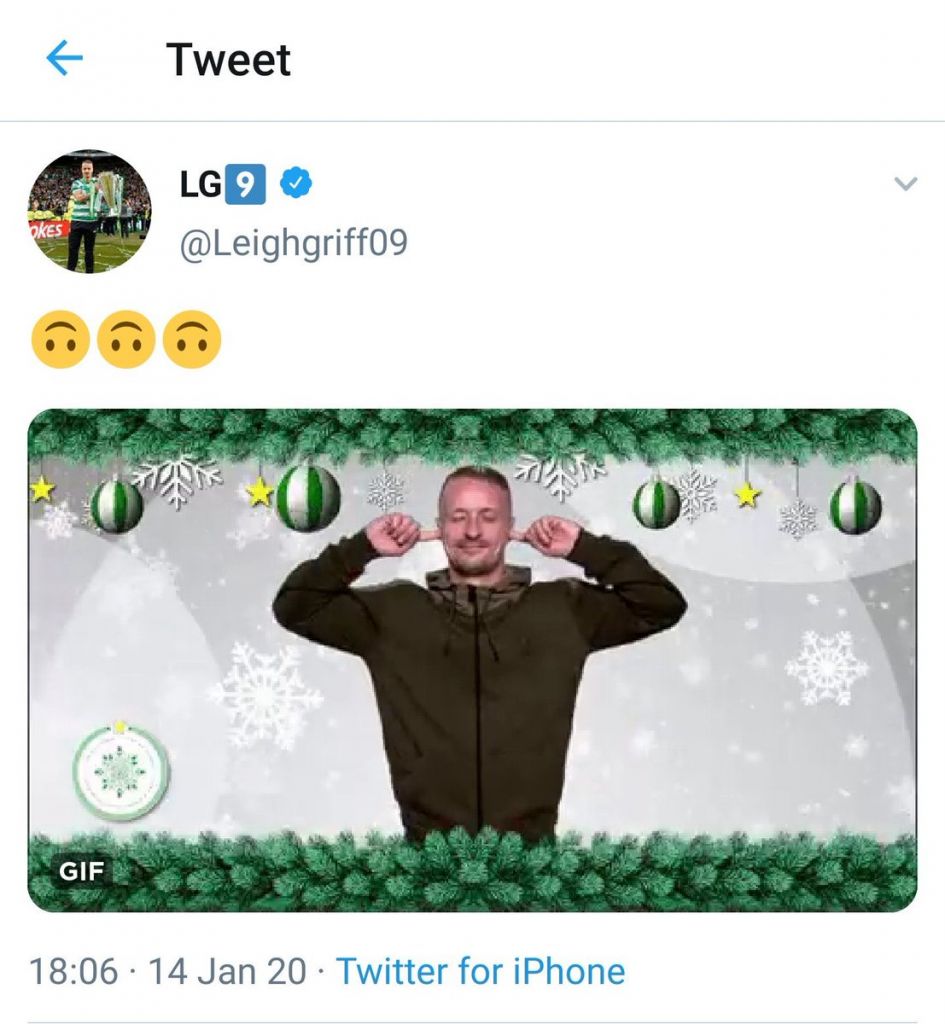 That only happens though if Griffiths gets himself fit enough to start and impresses on the training ground. He was not selected in late November and into December when Edouard was injured and Neil Lennon attempted to prove that Lewis Morgan – now sold to David Beckham’s Inter Miami side for around £400k – could play as as a striker. It was an experiment that failed.

Young Lubo98 who writes for this site is in his Honours Year studying law at University. He pointed out the other day that the last time Griffiths was scoring regularly for Celtic was when he was still at school (6th year). Therein lies the frustration with a player we all know who has ‘got it’ and is easily good enough to bang in goals in the Scottish Premiership.

Now for the Twitterless Griff, it is time to deliver. It’s now or never really.

Previous ArticleOpinion: Bayo should be the one to leave Celtic after Klimala arrival, not Griffiths
Next Article Celtic Hero Harald’s Flawed Analysis – Why Pressure is all on the Rangers to win their first ever trophy