You are at:Home»Latest»Sunny Jim Young – Celtic Legend, Homesick in Bristol
Showing 2 of 5
Prev Next 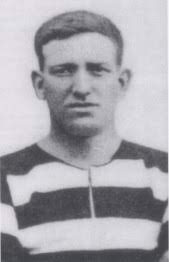 Kilmarnock did well from the railway. A line opened to Troon in 1812 (even before the arrival of steam locomotion, so horse power was required) for the transport of both goods and passengers, but the real boost came in 1843 when the Glasgow, Paisley, Kilmarnock and Ayr Railway was opened. Such was the success of this company that three years later in 1846 a bigger and better station was opened, and this station still exists to serve Kilmarnock today.

Lines would open to Dumfries and the South in due course, (a massive railway viaduct, still in existence, being built for this purpose) but it was the link to Glasgow and the Clyde that was the important one. Glasgow would soon become the “Second City of the Empire”, and the whole Clyde valley area would be described as “the crucible of the British Empire”.

In truth, west central Scotland was as busy a part of the world as any, with people flocking to Glasgow, Lanarkshire, Renfrewhire, Ayrshire and Dunbartonshire in a way that was totally amazing to the rest of the country and the world. The Irish potato famine sent many Irish men and women, (something that had a huge impact, of course, on the genesis of Celtic Football Club), the Highland Clearances brought in the Highlanders, and various others from diverse parts of Scotland and England came to this part of Scotland to find work.

Kilmarnock was on the periphery of this huge expansion, close enough for people to travel to Glasgow but with some country and green fields between Kilmarnock and the huge metropolis that was Glasgow. Kilmarnock was fortunate in that it was not over-dependent on any one industry in the way that Motherwell, for example, was always associated with steel or Dundee with jute.

Textiles, heavy engineering, carpets and shoes were all made there, with iron turners being particularly required by the form of Andrew Barclay and Sons for the making of locomotives. The Titanic, apparently, went to the bottom of the Atlantic in 1912 with carpets made by Stoddart Carpets of Kilmarnock.

Sport had started early in Kilmarnock. Organised team games only really started in Great Britain in the early part of the 19th century, but Kilmarnock Cricket Club was founded as early as 1852 (making it one of the oldest in the country) and Kilmarnock Football Club was founded in 1869, making Kilmarnock Scotland’s second oldest football club (of those who are still with us) with only Queen’s Park in 1867 claiming a longer history. There was thus in the town of Kilmarnock loads of opportunity for a young man to play sport.

Another stimulus for the development of sport was of course the proximity to Ayr and the inevitable struggle for local supremacy. Rivalry can of course be a very good thing, but this particular rivalry was not always friendly. From an early stage, we hear of fights between youths of Kilmarnock and Ayr at cricket matches, on one occasion the constable being compelled to use his “cudgel of office” to restore order, and several times Kilmarnock Cricket Club had to put an advertisement in the local paper to discourage youths from attending. 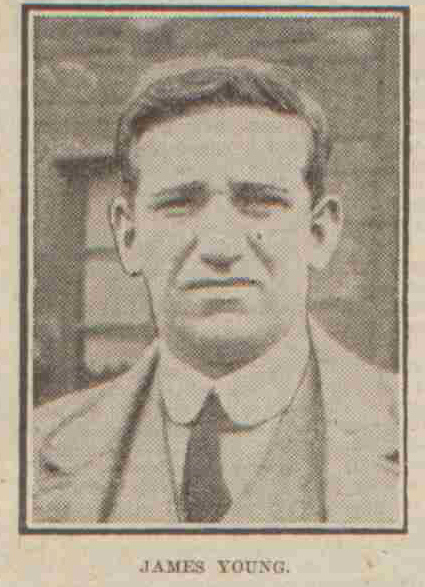 There is of course nothing new or unusual about thick-headed youths fighting each other. Such tribal behaviour is endemic, particularly with the added spice of sport and local rivalry as there undeniably was in Ayrshire between Ayr and Kilmarnock, or as they would have been pronounced them “Err” and “Kullie”. It was a by-product of the Industrial Revolution. The town, perhaps, had replaced the tribe or the clan as the focus of where one belonged.