You are at:Home»Latest»Sutton blasts mistake-ridden Barkas: “He has killed the team”

What could have been a great start to Ange Postecoglou’s competitive reign as Celtic manager turned into disaster last night – following a haphazard bunch of defensive mistakes in the 1-1 draw against Midtjylland at Paradise.

A decent attacking performance – or a great one when compared to some of the drivel that a Neil Lennon side would have churned out – was typified by a debut goal for Liel Abada; the Israeli winger who signed for Celtic in a £3.5million deal from Maccabi Petah Tikva last week. 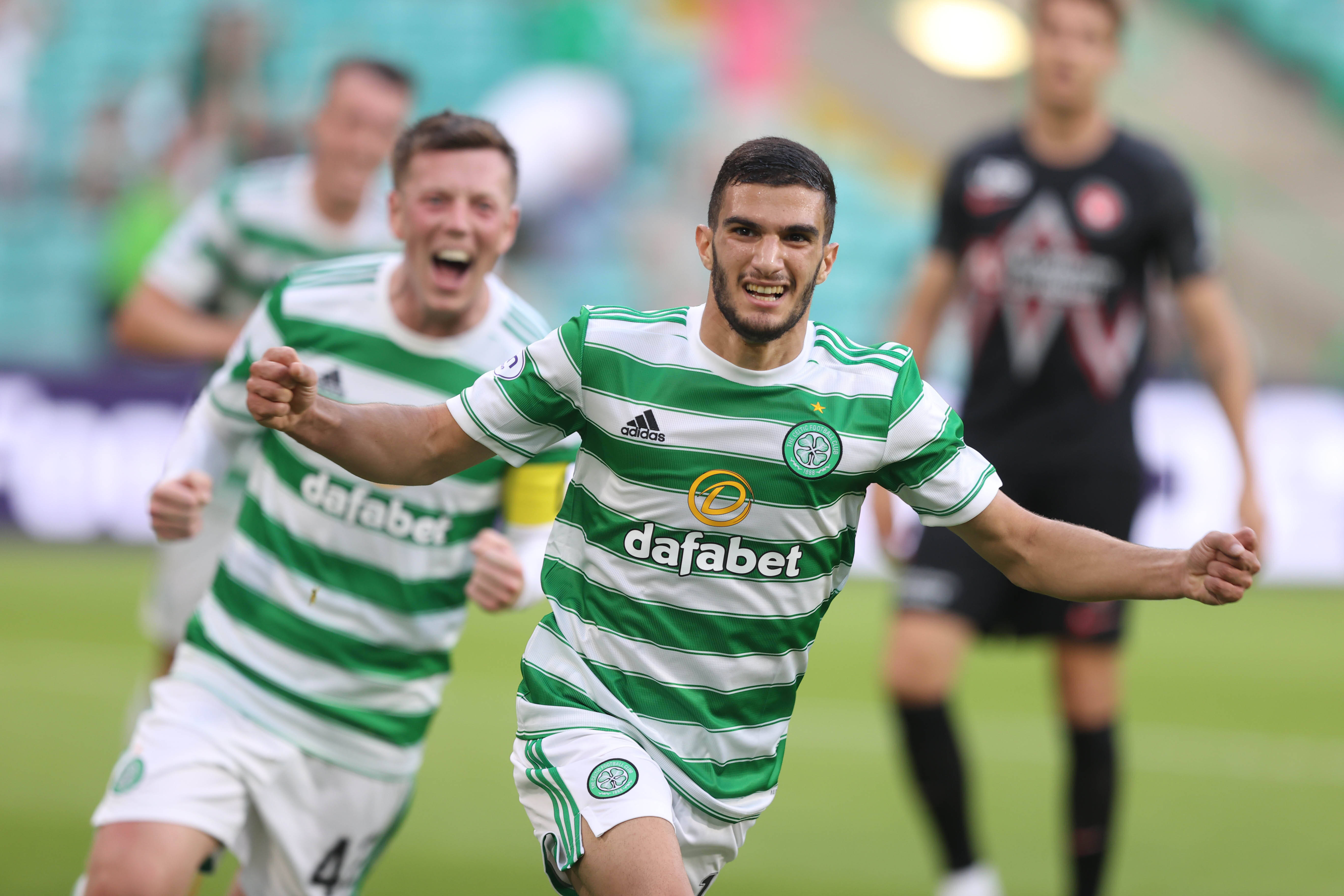 Yet, defensive mistakes continue to plague the playing field, and although it was Nir Bitton who was the first offender by getting himself sent off, fans and pundits alike has chosen to point the finger at someone else.

Vasilias Barkas, a £5million signing from AEK Athens last summer, inexplicably put his side in the mire last night after bafflingly leaving an Evander free-kick to meander, sail and ultimately land over his head into the top corner; which has put Celtic under unnecessary pressure ahead of the return leg in Denmark next week.

“Whatever way you look at it, he has killed the manager and killed the team. It’s not rocket science. Fraser Forster in goal saves that.”

It was hoped that the return of crowds at Celtic Park may have helped Barkas to recover some of the form he showed in Athens: it wasn’t to be any use whatsoever in the first meaningful game at Celtic Park for six months.

“This was going on all last season. Barkas wasn’t good enough, Bain wasn’t good enough. He clearly needs a goalkeeper. It’s a big, big issue. Fraser Forster, do I need to keep harping on about him? Yes, because it’s the importance of having a good goalkeeper in a big game. 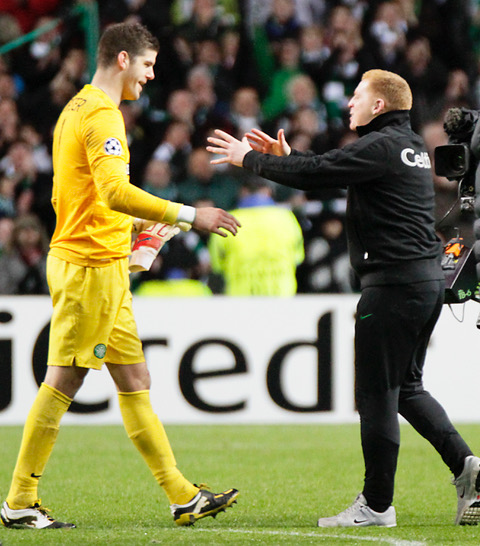 07.11.2012 Glasgow, Scotland. Fraser Forster and Neil Lennon in action during the Champions League game between Celtic and Barcelona from Celtic Park.

“This was a big game tonight and Celtic didn’t get the second and third their play deserved, but they should be taking a lead over to Denmark and they are not doing that because of the goalkeeper.

“He’s not going to come back. It’s about trust. How many more times? The joke among Celtic supporters is that Barkas never made a save last season and in some ways it’s hard to argue with. A couple of saves against Preston and you thought ‘will that give him confidence?’ but that’s a major error tonight.”