You are at:Home»Latest»Sutton in scathing interview: “This is on the board”

Another horrendous performance last night saw Celtic crash out of the Champions League for the fourth consecutive season. Having not been in the group stages since 2017, it represents a real lull for a club who has always been used to contributing to brilliant European memories in the competition over the years. Nakamura’s free kick, Watt’s winner against Barcelona, Dembele’s magic against Man City and many more memories spark into action when recalling the wonderful nights at Paradise. 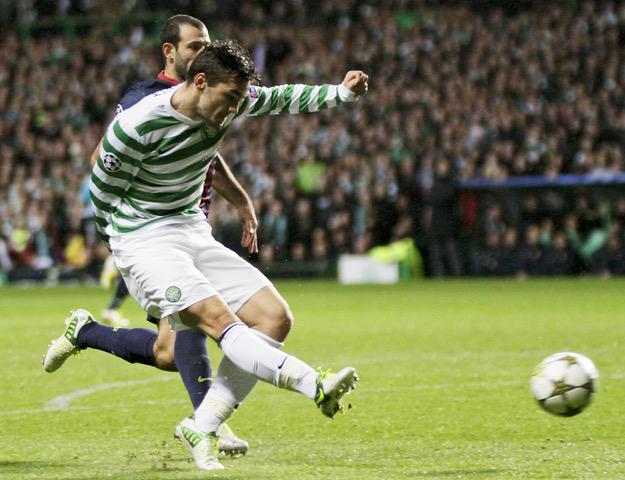 07.11.2012 Glasgow, Scotland. Tony Watt and Javier Mascherano in action during the Champions League game between Celtic and Barcelona from Celtic Park.

It is such a far cry nowadays. Sitting in the studio of Premier Sports last night, former Celtic stalwarts Chris Sutton and John Hartson were forced to watch the collapse of Ange Postecoglou’s men, who having gone 1-0 up in Denmark, inexplicably crumbled to a 2-1 defeat after extra time.

Speaking on Premier Sports, Sutton blasted those in power at Parkhead.

Sutton is a man who knows all about Celtic’s ability to do well in Europe; he was part of the squad who got to the UEFA Cup final against Porto in 2003 – something which seems so, so long ago when you consider just how poor the current squad are playing at the moment, in comparison. 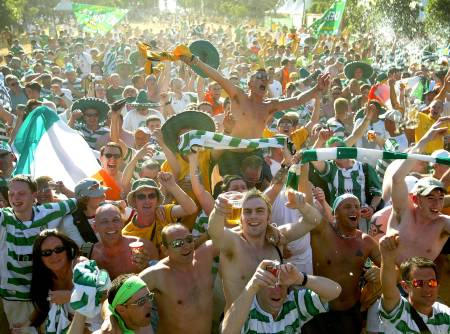 “For Celtic to go out of the Champions League at this stage – we all know the reasons for it – the manager has been dealt an awful hand. I said it last week and that it would be a miracle if Celtic got through the Champions League group stage. Look at his bench tonight and what he had to work with and what he had to throw on. There have been issues that have needed addressing for a long time.

“Every Celtic fan knows they needed a goalkeeper who was up to it. Barkas, Bain and Hazard aren’t up to it – why haven’t Celtic acted? Nir Bitton once again playing a Champions League qualifier. Why on earth was Kristoffer Ajer sold? The club knew he was going to move on and Dane Murray played well thrown in at the deep end.”

It isn’t very often that I agree with Sutton, given his usual narcissistic mannerisms, but I wholeheartedly am on his side with this one. Give Ange the entire Edouard funding, and some more that the board have been reluctant to spend from the Frimpong sale, and get some players in. It’s a matter of urgency now, otherwise it will be like Groundhog Day.

After a disappointing performance from Edouard tonight, should Celtic cash in on the current interest? 🤔@JohnHartson10 believes the problems run much deeper than that 🍀

🗣️ "Celtic are in a massive transition…it's going to take, for me, two years to get back on track." pic.twitter.com/GxUdrdYs4i