CELTIC have Tom Rogic back in the side to play Rosenborg this evening and skipper Scott Brown is on the bench alongside Olivier Ntcham an Leigh Griffiths as Brenda Rodgers sticks by the starting side that has done so well in recent weeks.

Craig Gordon, who will step aside to give Scott Bain a game on Sunday at Hampden, is in goals and the back four practically picks itself – Lustig, Benkovic, Boyata and Tierney.

Callum McGregor will sit in the Scott Brown role in midfield while Ryan Christie will play at the No8 and Tom Rogic as our No10. The wide players are James Forrest and Scotty Sinclair and Odsonne Edouard is the striker.

Other subs along Brown, Griffiths and Ntcham are Scott Bain, Jack Hendry and Cristian Gamboa.

Rosenborg team is below… 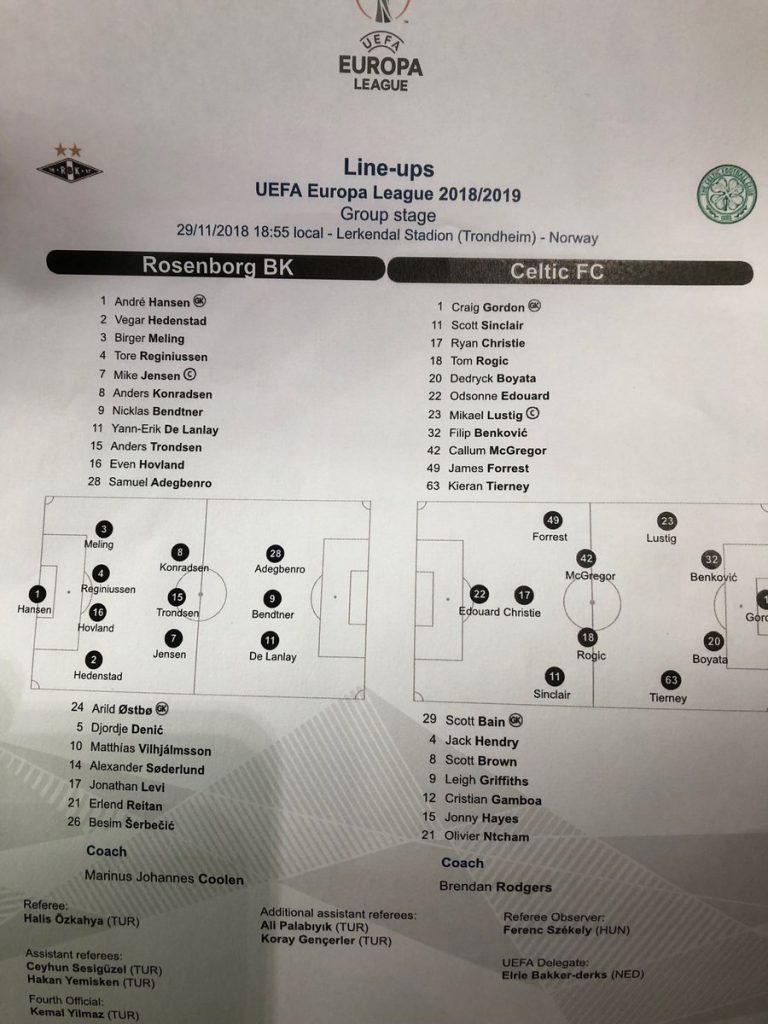 Previous Article‘Confident, full of belief Celtic’ but one eye on Salzburg v RB Leipzig
Next Article Rosenborg 0-1 Celtic: Video, This is the Day, This is the Day that we Win Away