You are at:Home»Latest»Team’s Up – Brown Returns, Elyounoussi Starts

Neil Lennon has named his team to face Copenhagen tonight with the Danish Champions standing between them and a place in the Last 16. Celtic drew 1-1 in Denmark last week and knew that tonight they’d be without the injured Olivier Ntcham and the suspended Ryan Christie. However, Neil Lennon has been boosted by the fitness of Scott Brown as he names his team.

In goals, Fraser Forster starts having saved a penalty last week in the first leg.

In defence, Lennon has named Kris Ajer, Jozo Simunovic, Christopher Jullien and Greg Taylor – the latter having missed the first leg through injury. Whether it is a back four or a back three remains to be seen but with Taylor involved, Celtic have a more natural defender than Jonny Hayes who was still solid last week.

In the midfield the returning Scott Brown is joined by Callum McGregor whilst Tom Rogic plays from the start. Rogic will be hoping to take his chance to impress with both hands as Christie and Ntcham are unavailable tonight.

James Forrest starts in along with Moi Elyounoussi as Celtic go for pace in the wide areas. In attack, the talisman of Odsonne Edouard will be tasked with getting the goals to take us through.

On the bench for the Scottish Champions: 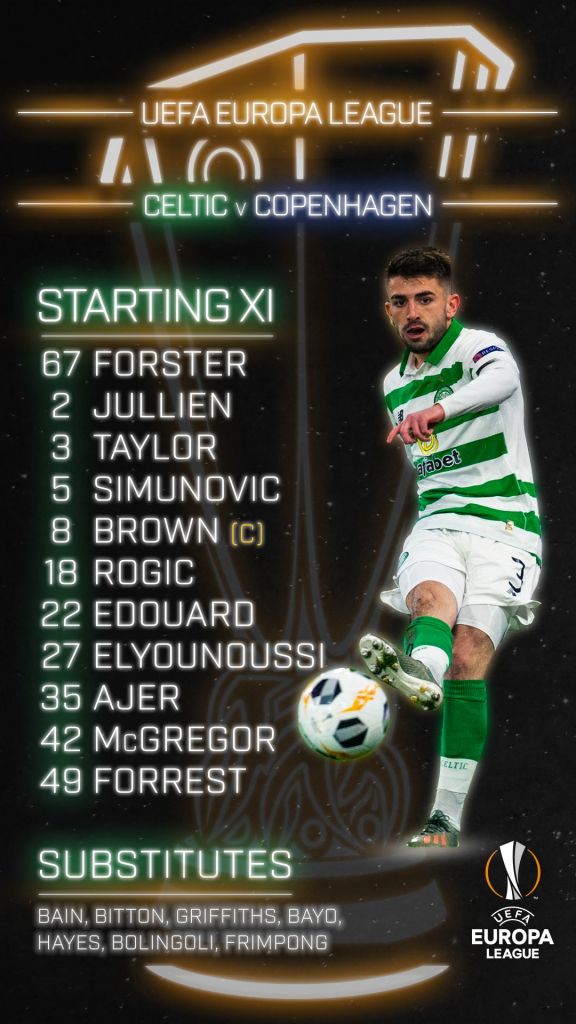 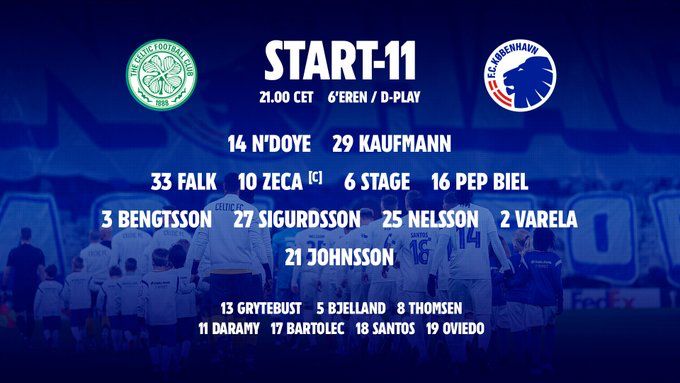