You are at:Home»Latest»Team’s Up – Brown, Rogic start for Celtic’s trip to Dingwall

Neil Lennon has named his team for Celtic’s game against Ross County. Rangers win versus Dundee United now sees the gap between first and second at a massive 18 points. However, Lennon will be looking to build upon the five wins in a row in recent weeks to cut that back to 15.

Lennon has decided to bring Scott Brown and Tom Rogic back into the team with Soro and Ajeti dropping to the bench. The two changes mean Celtic will line up as follows…

In goals, Scott Bain retains his place between the sticks.

In defence, Lennon has opted to continue with the back four of Jonjoe Kenny, Stephen Welsh, Kris Ajer and Greg Taylor.

In attack, Odsonne Edouard is partnered with Ryan Christie in attack.

Here’s how the Bhoys line up for #ROSCEL 🍀

Shane Duffy misses out after complaining of an achilles problem, Moi Elyounoussi has passed fit to make the bench whilst the game is too soon for James Forrest, who is on the road to recovery. Interestingly, there is no place on the bench for Vasilis Barkas, the £4.5m signing from AEK Athens, signalling that if Neil Lennon is at Celtic next year, the Greek goalie won’t be. 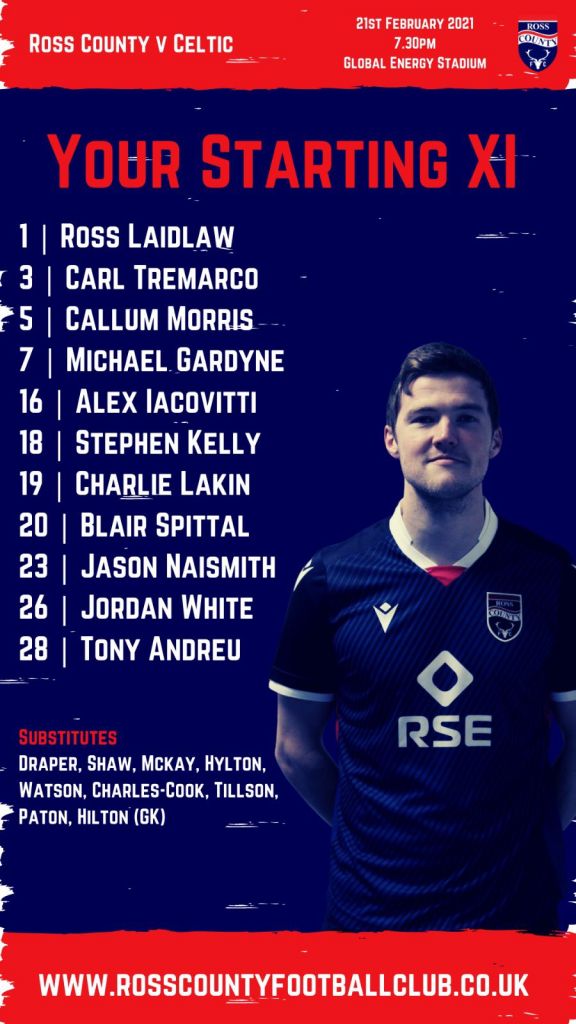