You are at:Home»Latest»Team’s Up: Dane Murray in for Bitton as Ange uses West Ham as Midtjylland rehearsal

Ange Postecoglou undoubtedly had Celtic’s Champions League match on Wednesday against FC Midtjylland when selecting his team for the final pre-season warn-up friendly this afternoon against Davie Moyes’ West Ham side. The Hammers finished in the top six of the Premier League last season and will be the highest quality opposition that the Australian has faced so far as Celtic manager.

Nice to have you back at Paradise, David! 🙌#CELWHU 🍀⚒️ @WestHam

Celtic manager Ange Postecoglou has made one change from the starting line-up that took the field against FC Midtjylland on Tuesday evening, with defender Dane Murray in the starting XI in place of Nir Bitton for this afternoon’s friendly against West Ham United.

A crowd of around 18,500 will be inside Paradise as the Hoops continue their pre-season build-up against former Celt, Davie Moyes’ side.

The game kicks off at 3pm and if you aren’t lucky enough to be one of the 18,500 successful in the ballot – or there on a spare – then the action is live on both the Pass to Paradise and Premier Sport, which tends to be slightly ahead of the club’s stream.

Great to be home @CelticFC 🍀 pic.twitter.com/WYaV4vo1VW 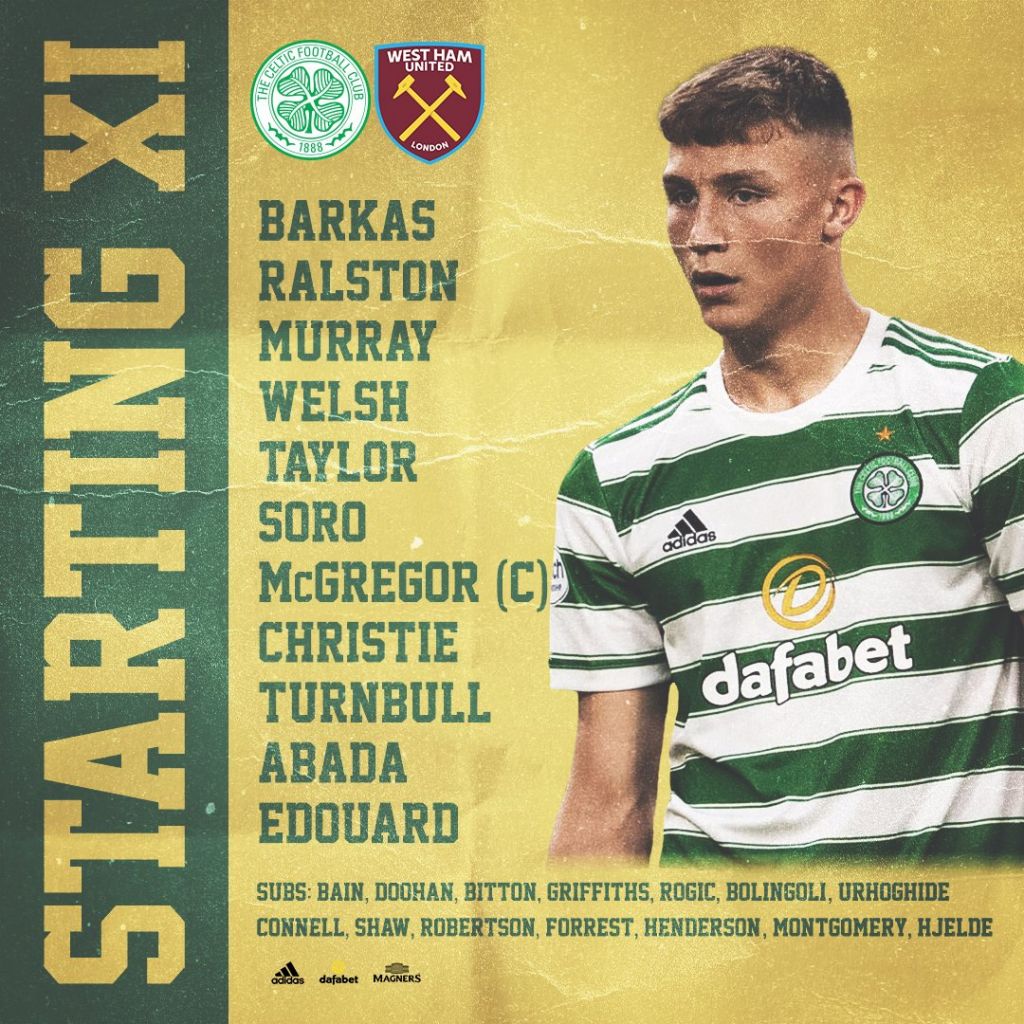 The result today is unimportant with Postecoglou instead looking at preparations and additional options for the trip to Jutland early next week for Wednesday’s second leg of the Champions League qualifier.

📋 Our team news for #CELWHU is in!

Here's how the lads line up this afternoon at Celtic Park…

Previous ArticleBroony in hilarious 5-1 dig at former rivals
Next Article VIDEO: Moffat scores to put Celtic B one-nil up at break vs East Kilbride