You are at:Home»Latest»Team’s Up – Elhamed, Klimala and Soro all start in Reserve Cup semi-final

BOTH of Celtic’s January signings Patryk Klimala and Ismaila Soro start for Celtic this afternoon in Reserve Cup semi-final against Hibs at Lennoxtown. Both players are settling on to their time at Celtic and in a new country – the weather is going to be something completely new for Soro – and hopefully both with show up well today.

And there’s also a return to action for summer signing Hatem Abd Ehmamed who makes his first appearance for Celtic since straining a muscle in the 2-1 win against Lazio in Rome back in November.

There will be particular interest in the two January signings, Klimala has had a few appearances from the bench and started against Clyde in the Scottish Cup. He was unlucky not to score up at Perth when narrowly missing a Greg Taylor cross in the closing stages and he had a one-on-one with the keeper in the Scottish cup-tie but the Clyde keeper saved well.

Soro played in the first half against Aberdeen reserves last week and has been on the bench for the first team but has yet to get any first team game-time.

Here’s the full Celtic line-up. Kick-off is at 2pm… 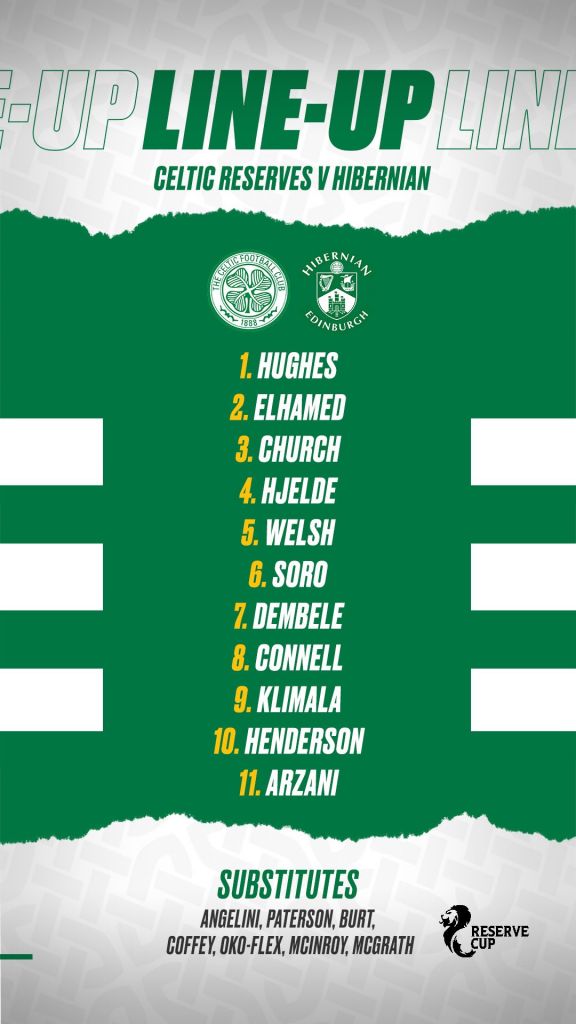