You are at:Home»Latest»Team’s Up – Forrest, Giakoumakis and Abada start for Champions in waiting

Ange Postecoglou has named the Celtic starting eleven to face Dundee United this evening at Tannadice in the 7.30pm kick-off as the Hoops look to wrap up the title in style with a top performance and of course the three points to start a huge party in Dundee and around the world as Celtic fans everywhere hail the Australian and his players who have turned around a 25 points deficit from last season to be worthy Champions and by some distance the finest team in Scotland.

Celtic just need a point this evening to make us officially Champions but there will be no question of Celtic settling for a draw. That’s just not how Ange Postecoglou’s side plays the game. 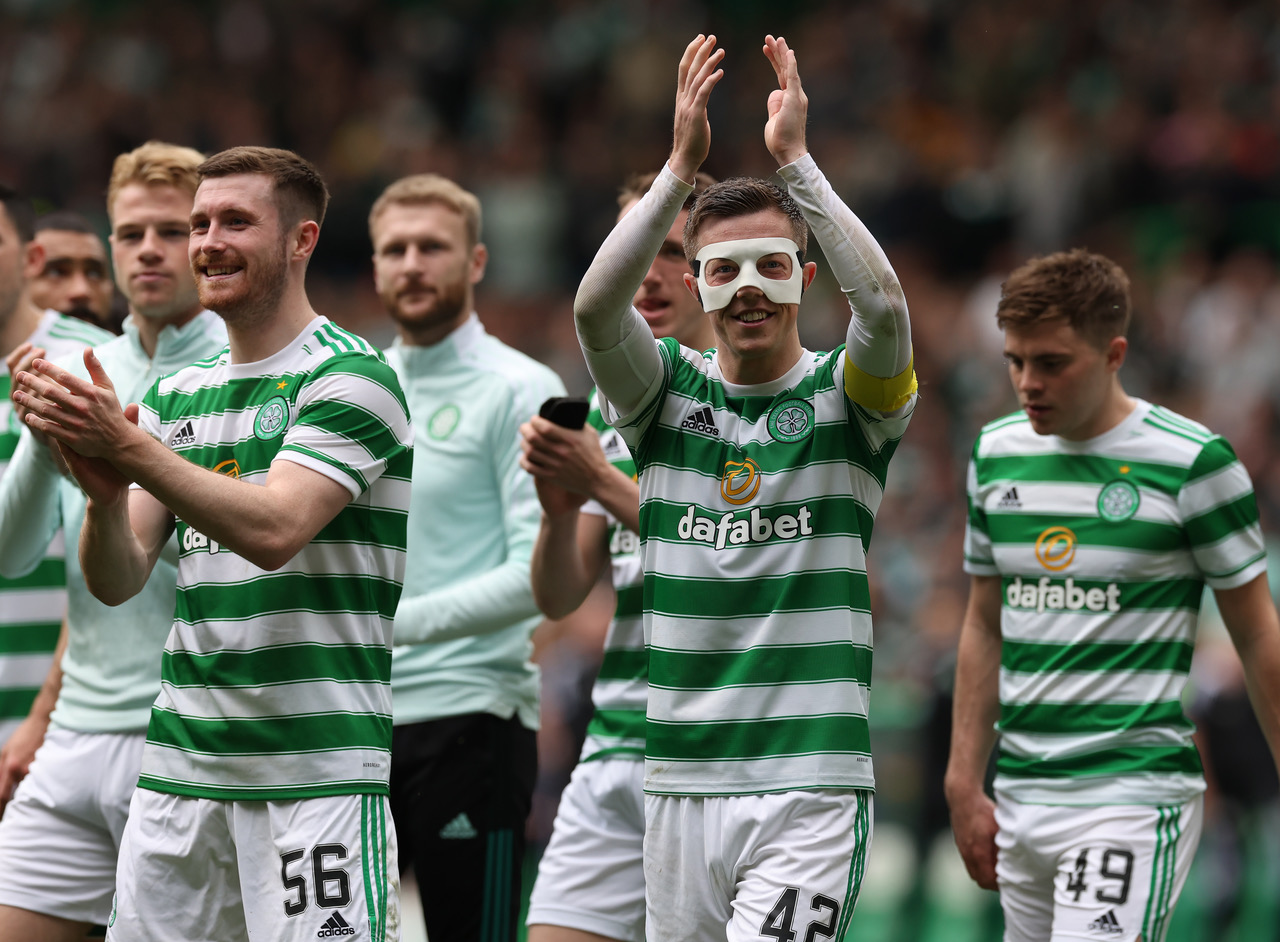 Joe Hart is in goals as you would expect and with Josip Juranovic still in rehab from his injury picked up at Hampden in the Scottish Cup semi-final, Anthony Ralston retains his place at right back. Greg Taylor, who has been an absolute star at left back this season, an unsung Celtic hero, plays as does Carl Starlet and Cameron Carter Vickers. Hopefully the noises of interest coming from Newcastle United aren’t going to influence his decision regarding staying on at Celtic. It would be difficult to leave after playing a huge part in what’s being built here and with the Champions League on the horizon…

Callum McGregor is joined by Matt O’Riley and Reo Hatate in midfield with Abada, Giakoumakis and Forrest the front three.

As we have would expect Celtic have an incredibly strong bench with Ange able to send ob the cavalry when he sees fit and can opt for a selection from Kyogo, Turnbull, McCarthy, Jota, Rogic, Idegucho, Maeda and Welsh. Scott Bain is the back-up keeper.

Champagne is on ice ready for a Celtic party. This is the team that will win the league…