You are at:Home»Latest»Team’s Up – Forrest in for Abada, the only change for Celtic

Celtic will line up against Bayer Leverkusen in match day five looking to avoid defeat to take the qualification battle with Real Betis to the last day, with Joe Hart in goals and a back four or Anthony Ralston, Cameron Carter Vickers, Stephen Welsh (thankfully fully recovered from that assault at Hampden on Saturday) and Josip Juranovic.

The Celtic in Leverkusen💚 pic.twitter.com/RcCMPIofy8

In the middle of the park Ange Postecoglou goes with Nir Bitton in the number 6 role with his captain Callum McGregor and David Turnbull further forward with a front three of cup semi-final hero James Forrest, Kyogo and Jota. 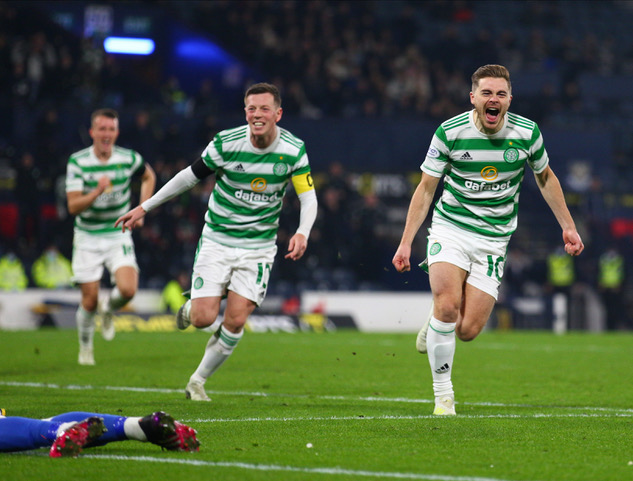 James Forrest of Celtic celebrates after he opens the scoring in the 73rd minute making it 1-0 to Celtic. Photo Vagelis Georgariou

Neither Starfelt or Rogic are being risked for this one and both should be in contention for the weekend when Celtic take on Aberdeen at Celtic Park on Sunday. Former Celt Frimpong starts for Bayer Leverkusen. The match kicks off at 5.45pm. COYBIG 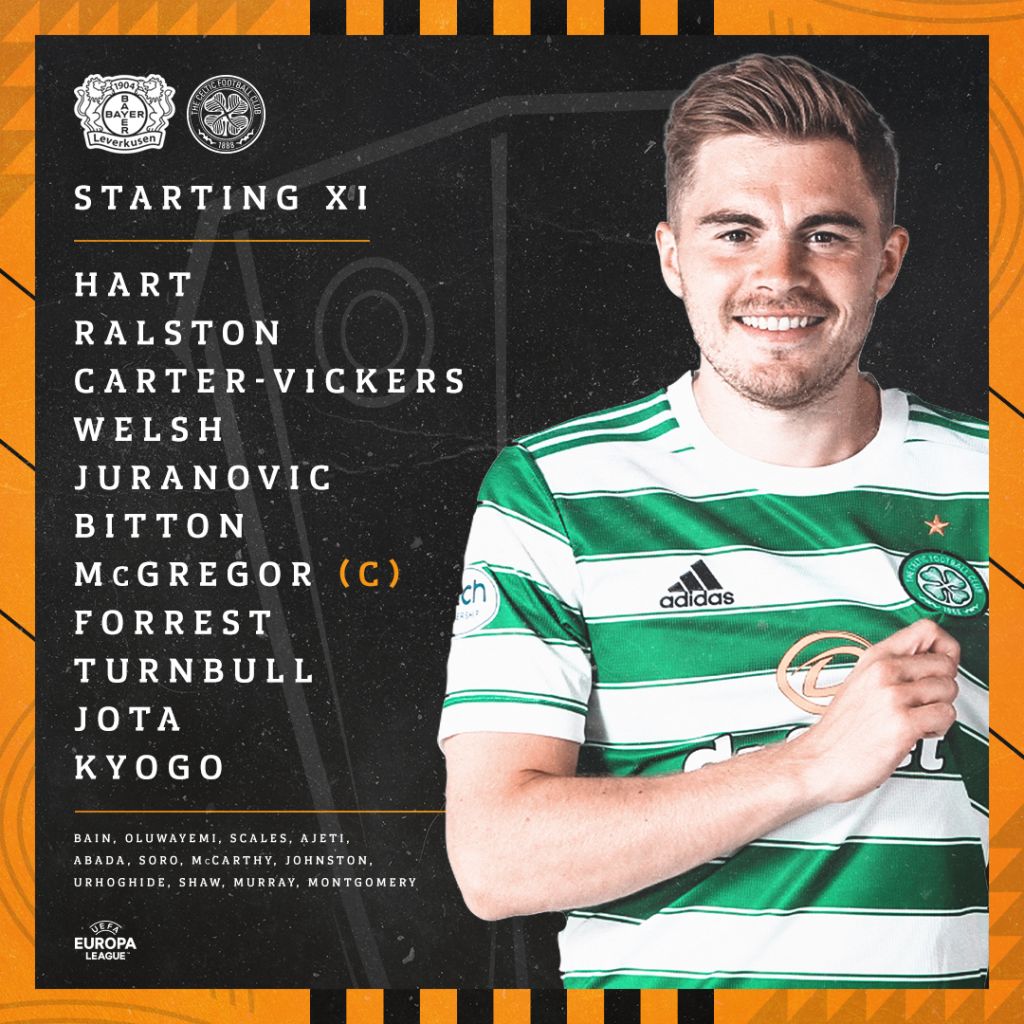 Here’s how we will start things off in #B04Celtic 👇 pic.twitter.com/AFAaAdYcza

Expect plenty of noise from the travelling Celtic Support – wouldn’t it be wonderful to hear them singing ‘This is the Day That We Win Away,” later this evening? The match kicks off at 5.45pm. COYBIG