You are at:Home»Latest»Team’s Up – Kyogo leads the line, Giakoumakis on bench

The celebrations as Callum McGregor unfurls the Scottish Premiership Champions flag will be followed by the Hoops setting about the first match of the new campaign as Ange Postecoglou’s side sets about defeating Aberdeen by a good few goals to go back to the top of the league, looking down on theRangers… 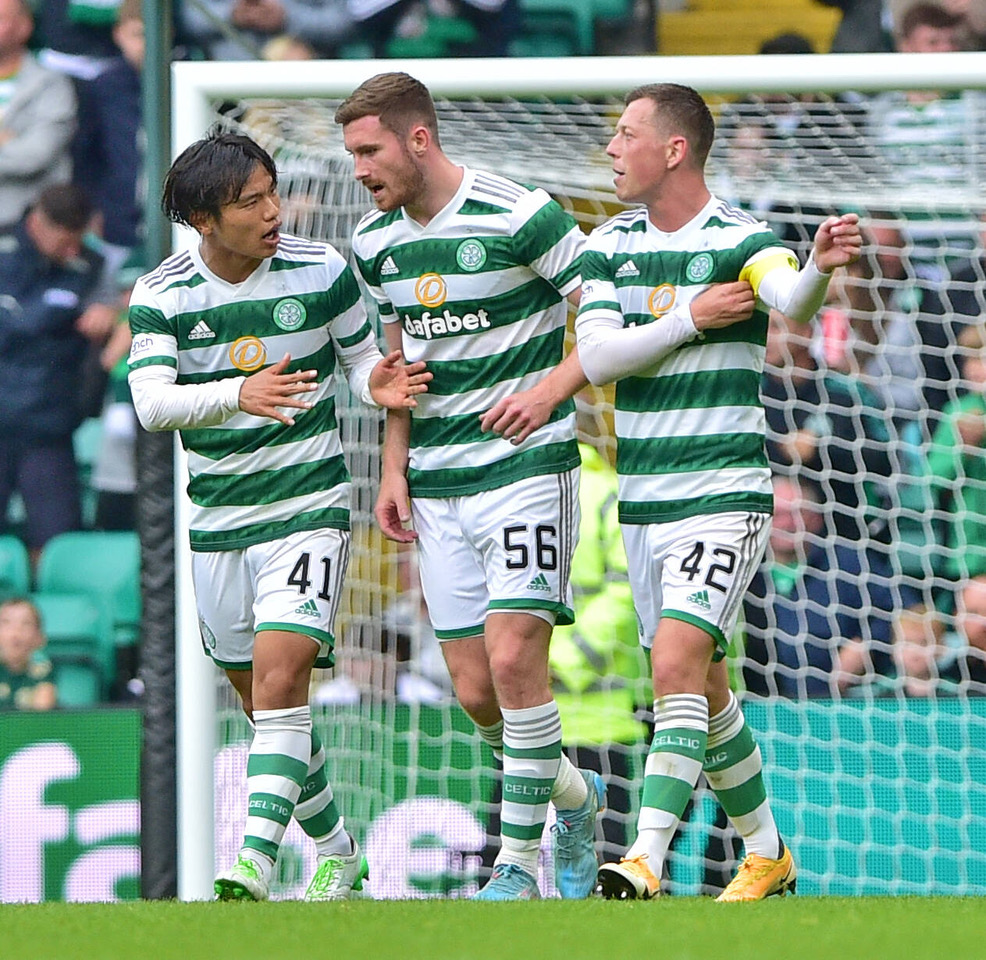 And the starting eleven for this afternoon’s match has now been announced. Joe Hart is in goals and the back four is Josip Juranovic, Cameron Carter-Vickers, Stephen Welsh and Greg Taylor.

In the middle of the park the Celtic captain Callum McGregor is joined by Matt O’Riley and Reo Hatate and the front three are Jota, Kyogo and Daizen Maeda.

On the bench for Celtic this afternoon are Siegrist, Jenz, Jullien, Bernabei, Ralston, Mooy, Turnbull, Forrest, Abada and Giakoumakis.

Kick-off is at 4.30pm and if you are not lucky enough to be at Paradise this afternoon the game is live on Sky Sports (thus the strange kick-off time) and also on Celtic TV for subscribers outside Britain and Ireland.

Enjoy your afternoon folks and COYBIG.

Here is how we line up for our first match of the season against Aberdeen 📋#CELABE | #cinchPrem | #COYBIG🍀 pic.twitter.com/EsVH7SHukB

Former Celtic manager targets Man Utd upset after 6-3 thrashing by Guardiola’s City
On This Day: Celtic’s stunning win over Spartak Moscow
Celtic receive Cameron Carter-Vickers boost ahead of Leipzig games
Previous ArticleTeam’s Up – Strong XI named as Celtic embark on a new campaign
Next Article Video: “Exciting times ahead – it was something I really wanted,” Jota