You are at:Home»Latest»Team’s Up – No Giakoumakis, Turnbull starts

Ange Postecoglou has named his side for this afternoon’s Scottish Cup Fourth Round tie versus Greenock Morton.

In goals, Joe Hart starts. Benjamin Siegrist is out with a calf complaint. The Swiss keeper appeared to be the Cup goalie but an injury has sidelined him for a few weeks.

In defence, Alistair Johnston starts at right back. Alexandro Bernabei starts at left back. Carl Starfelt and Yuki Kobayashi start as the central pairing.

Josip Juranovic won’t be involved as he heads to Berlin with a deal with Union Berin worth £10m close to completion.

In midfield, skipper Callum McGregor starts. David Turnbull scored on Wednesday and the manager looks to afford him the chance to stake a regular starting claim with the Scottish midfielder starting.

Reo Hatate has been exceptional and the manager may see the hake as an opportunity to rest the midfielder. Aaron Mooy starts in the other midfield berth.

In attack, Kyogo starts alongside Daizen Maeda and Liel Abada.

The manager had a number of options in the wide areas from the bench. Giorgos Giakoumakis’ future remains up in the air and he was expected to be involved from the bench having missed the win over St Mirren. However, he is once again absent as it appears he will be leaving the club. 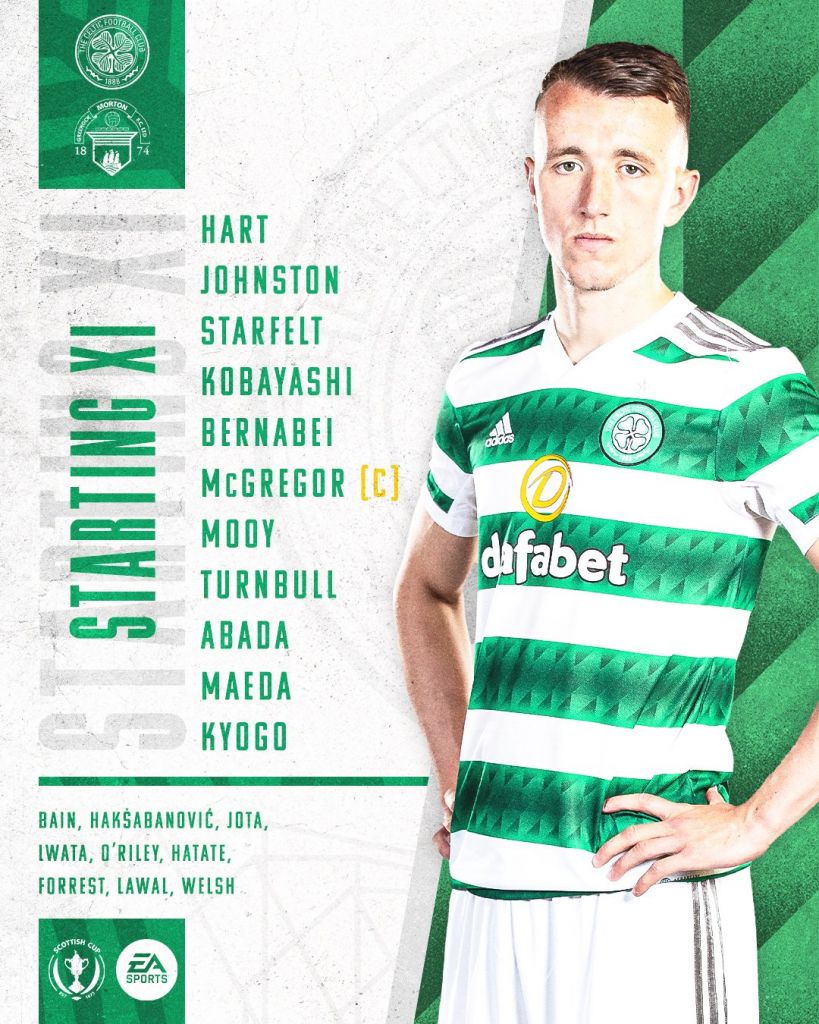