You are at:Home»Latest»Team’s Up – Polish Paddy leads the line

NEIL LENNON has mixed things up with his starting line-up to face Clyde in the Scottish Cup at Broadwood Stadium this afternoon.

Scott Bain gets his first start since the disaster against Cluj. Moritz Bauer returns to the side as does Boli Bolingoli with regular starters Jullien and Ajer playing. Scott Brown captains the team and Birthday Bhoy Olivier Ntcham plays as does Ryan Christie who makes his first start of the Year.

James Forrest, Moi Elyounoussi and Patryk Klimala are up front.

On the bench are Forster, Taylor,  Hayes, Soro, Shved , Bayo and Griffiths -so McGregor and Edouard both get a day off!

Just arriving at the ground now, bit windy but nothing to worry about. COYBIG 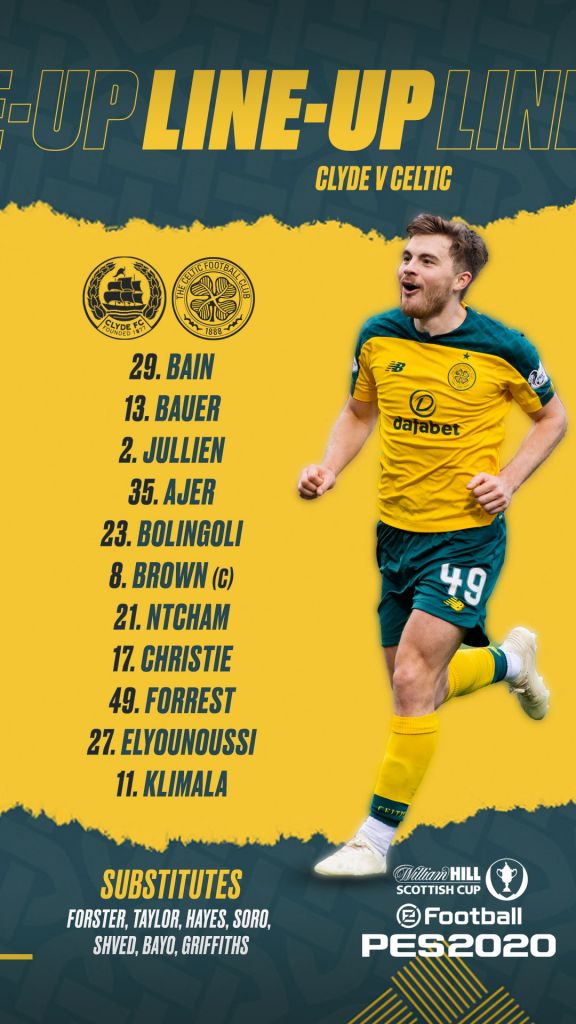 Previous ArticleKT’s Taylor made replacement, Sandman’s mate Ntcham, the Birthday Bhoy
Next Article Perth next for Quadruple Treble Chasers after Clyde blown away