You are at:Home»Latest»Team’s Up – Strong XI named as Celtic embark on a new campaign

Celtic’s season opener against Aberdeen is nigh, and fans will be over the moon with the first XI as Ange Postecoglou names his team for the Scottish Premiership opener. There are no proper injury concerns bar Carl Starfelt’s return to fitness with an almost-full strength squad to choose from.

Much was made of pre-season where new signings were brought in, although this season’s ‘rebuild’ was much less chaotic over the summer and added depth has been key for Ange – and this is reflected in the line-up.

Joe Hart is chosen as the man between the sticks, rather unsurprisingly – the experienced Englishman has been a revelation at Parkhead since his move from Tottenham Hotspur last summer and his knowhow will help ease a solidified Celtic defence into a composed mindset.

In the full-back berths, duo Josip Juranovic and Greg Taylor will aim to impress as they keep Anthony Ralston and Alexandro Bernabei out of the side after extremely impressive pre-season outings. Juranovic is considered to be technically better than Ralston overall, evidenced by his £15million links to Leicester City and Atletico Madrid, although Ralston’s huge upturn in form in the Ange era could have seen him get the nod. In the middle of that pair are Cameron Carter-Vickers and Stephen Welsh – with Carl Starfelt still yet to overcome an injury and Christopher Jullien likely to depart the club at some point, Welsh has got the nod to part Celtic’s fan favourite after his permanent summer signing. 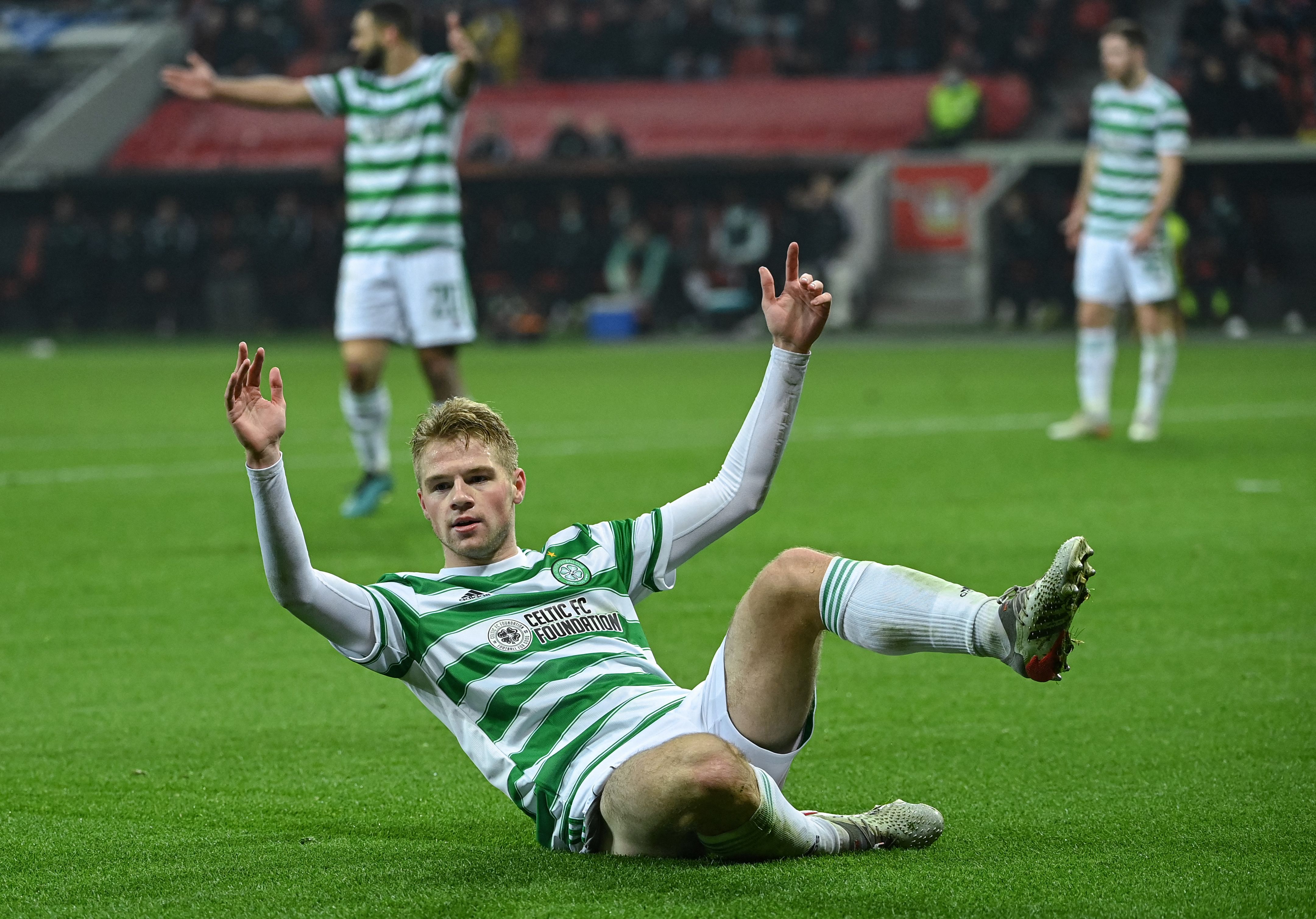 Captain Callum McGregor slots into the midfield, and his leadership, energy and ability to drive through the midfield will be partnered with Reo Hatate, who has gone from strength to strength in pre-season and has continued to show that big-money signings are not everything after joining for just over £1million in January. Matthew O’Riley will provide the creative spark as the spearhead of the midfield, and the Danish international star will aim to unlock an Aberdeen defence that bar last season, has been relatively resolute in previous years with Celtic struggling to break them down.

In attack, Daizen Maeda will lead the line after his superb pre-season over Japanese team-mate and strike partner Kyogo Furuhashi. Kyogo, who was Celtic’s definitive hero last season, has struggled for gametime up front in pre-season and with Maeda showing promise against Norwich, Legia Warsaw and picking up the pace towards the end of last campaign, will get the chance to impress on flag day. 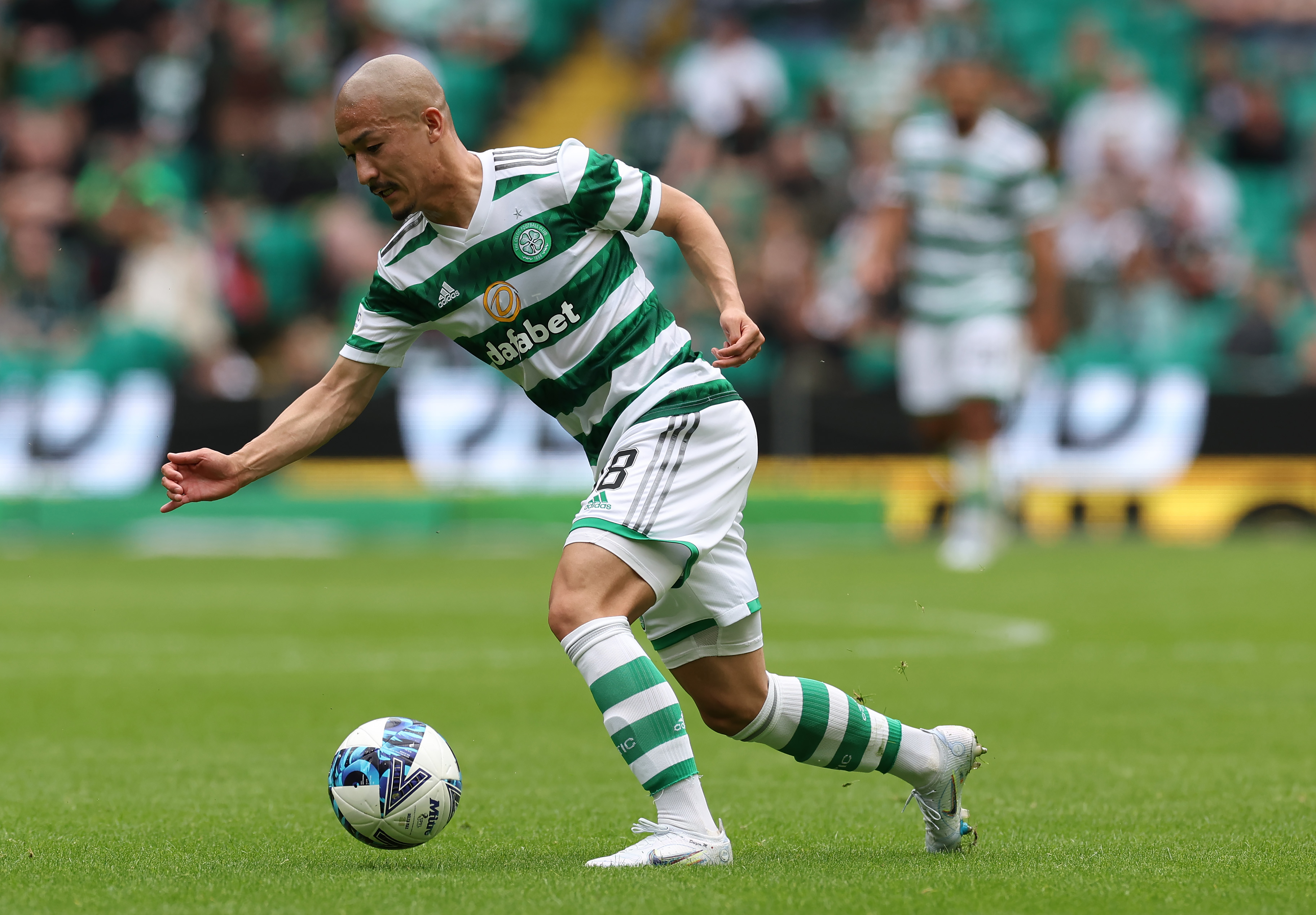 GLASGOW, SCOTLAND – JULY 16: Daizen Maeda of Celtic is seen in action during the Pre-Season Friendly match between Celtic and Blackburn Rovers at Celtic Park on July 16, 2022 in Glasgow, Scotland. (Photo by Ian MacNicol/Getty Images)

And with Kyogo Furuhashi and Jota providing goalscoring opportunities, flair and tricks on the flanks, expect Celtic to relentlessly smother the Dons into their own half in a bid to take the lead early on with the duo aiming to get themselves on the scoresheet on the opening day.

Here is how we line up for our first match of the season against Aberdeen 📋#CELABE | #cinchPrem | #COYBIG🍀 pic.twitter.com/EsVH7SHukB

Opinion: Callum McGregor Playing The Holding Role Is Crucial To Celtic Success
“He is an immortal at the club as well as in world football,” Ange on Jock Stein
“Everything just clicks,” Celtic Stars now on the same wavelength, says Matt O’Riley
Previous ArticleVideo: Sing along to brilliant new Reo Hatate song
Next Article Team’s Up – Kyogo leads the line, Giakoumakis on bench