You are at:Home»Latest»Team’s Up: Tommy McIntyre names Celtic B side to face East Kilbride

Celtic B Team manager has named his side to face East Kilbride at the Penny Cars Stadium at Airdrie this afternoon in the 1pm kick-off. The match, which will see the return of Celtic fans to a Scottish ground outside of Celtic Park for the first time since the first team drew 2-2 with Livingston on 1 March 2020 to stretch their lead at the top of the Scottish Premiership to 13 points – as theRangers lost that night to Hamilton at Ibrox…

Celtic B lost their opening game narrowly last weekend by 2-1 and will be anxious to get some points on the board this afternoon. McIntyre goes with the following Celtic B side: Mullen, Jackson, Lawal, Otoo (captain), Paterson, Murphy, Carse, Davidson, Wylie, Moffat and Vata. 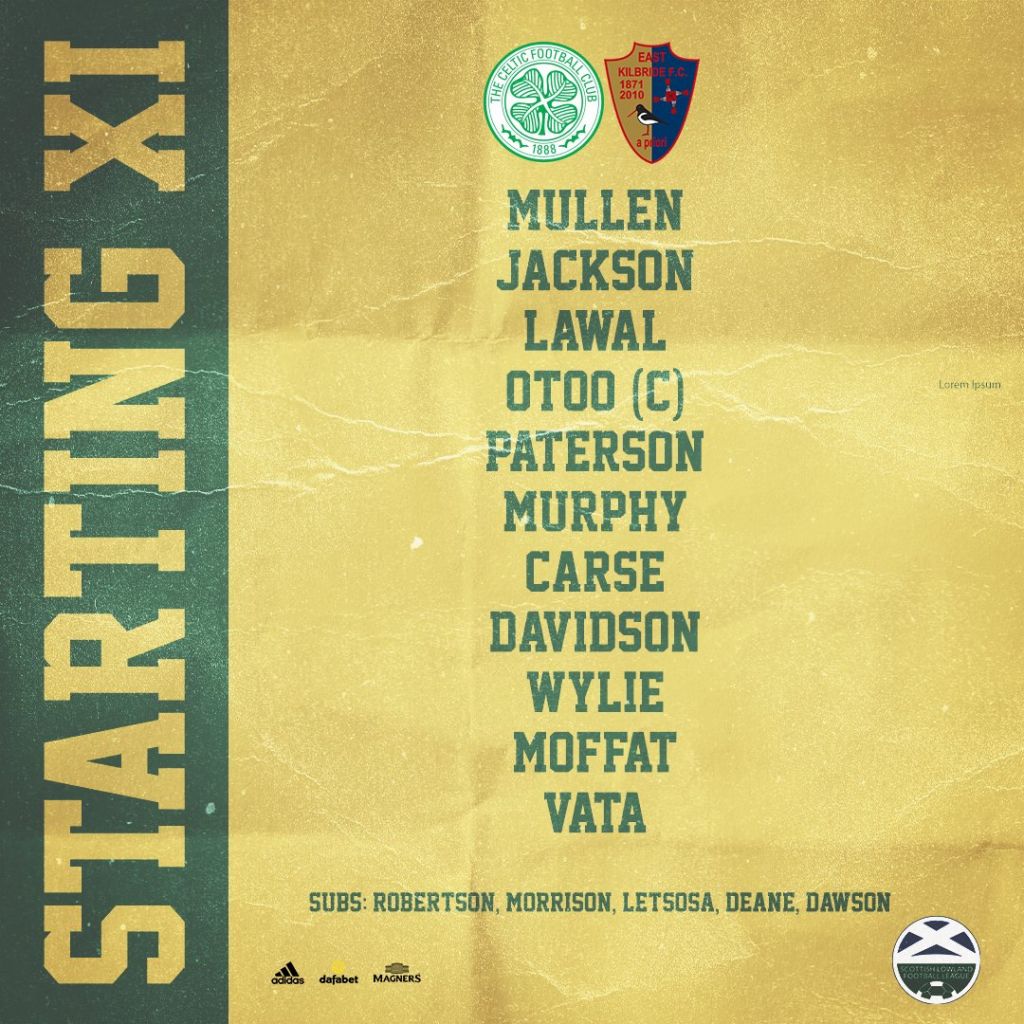 On the bench for Celtic B this afternoon are Robertson, Morrison, Letsosa, Deane and Dawson. Kick-off is at 1pm.

Here’s how we line up for our first home match of the @OfficialSLFL season… 👇#COYBIG 🍀 pic.twitter.com/Ze1i0K5TAi