You are at:Home»Latest»Team’s Up – Welsh and Jenz at the back

Given the limited options available to him Ange Postecoglou has named a pretty predictable starting eleven to face Motherwell today at a sunny Celtic Park.

Joe Hart is in goals, Josip Juranovic returns after missing out against St Mirren, Greg Taylor is at left back and with both Carter Vickers and Starfelt missing it’s another chance for Stephen Welsh and Moritz Jenz.

Callum McGregor wears the captain’s armband and he is joined in midfield by Reo Hatate and Matt O’Riley.

The front three are Daizen Maeda, Kyogo and Jota. 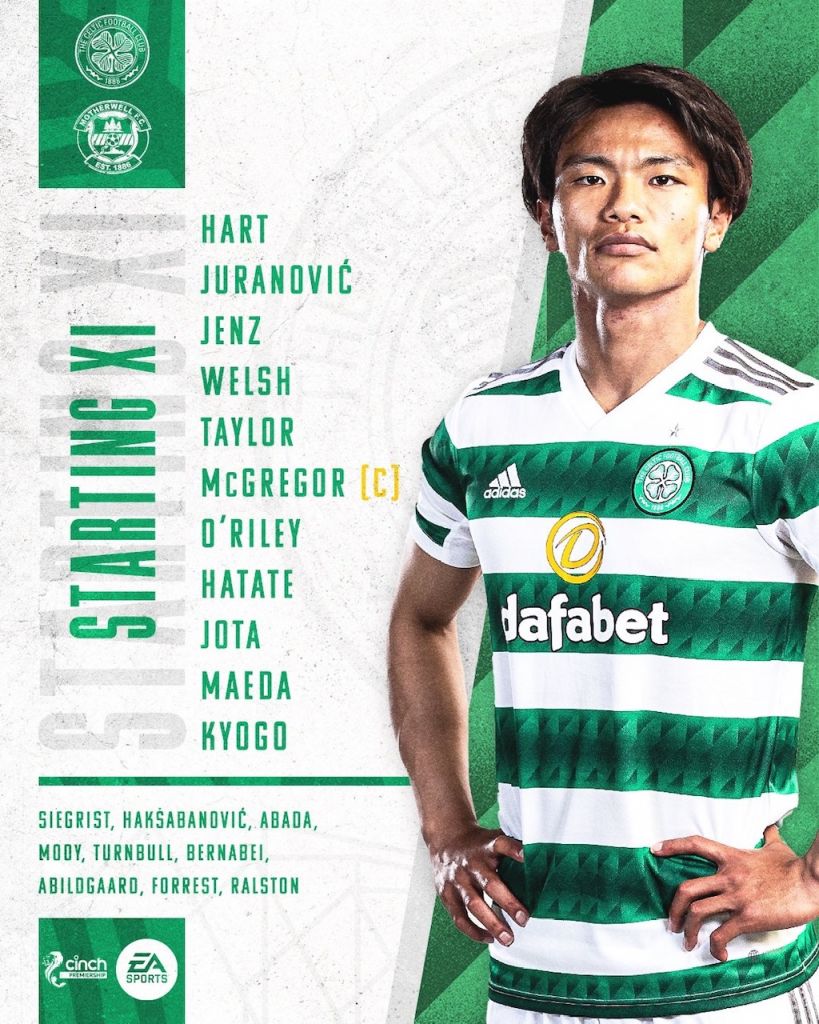