You are at:Home»Latest»Tears in Govan thanks to French Eddie, Celtic’s Heart Breaker

CELTIC never gave up and scored another dramatic injury time winner to break Hearts in Edinburgh and Ibrox this evening to maintain their 8 point advantage at the top of the Premiership.

It looked like Celtic had thrown away two points after conceding a needless penalty on 55 minutes to allow ten man Hearts back into the game. Bain and Boyata got themselves into a mess and the goalie’s pass to Ajer was over-hit and while the Norwegian got the ball he took the man out and McLean had no hesitation in pointing to the spot.

Celtic had opened the scoring in fine fashion on 35 minutes when a lovely counter attacking move that was started by young Ewan Henderson resulted in Oli Burke unselfishly squaring to James Forrest for a tap-in, it was fast, it was devastating and it was wildly celebrated in the Celtic end. 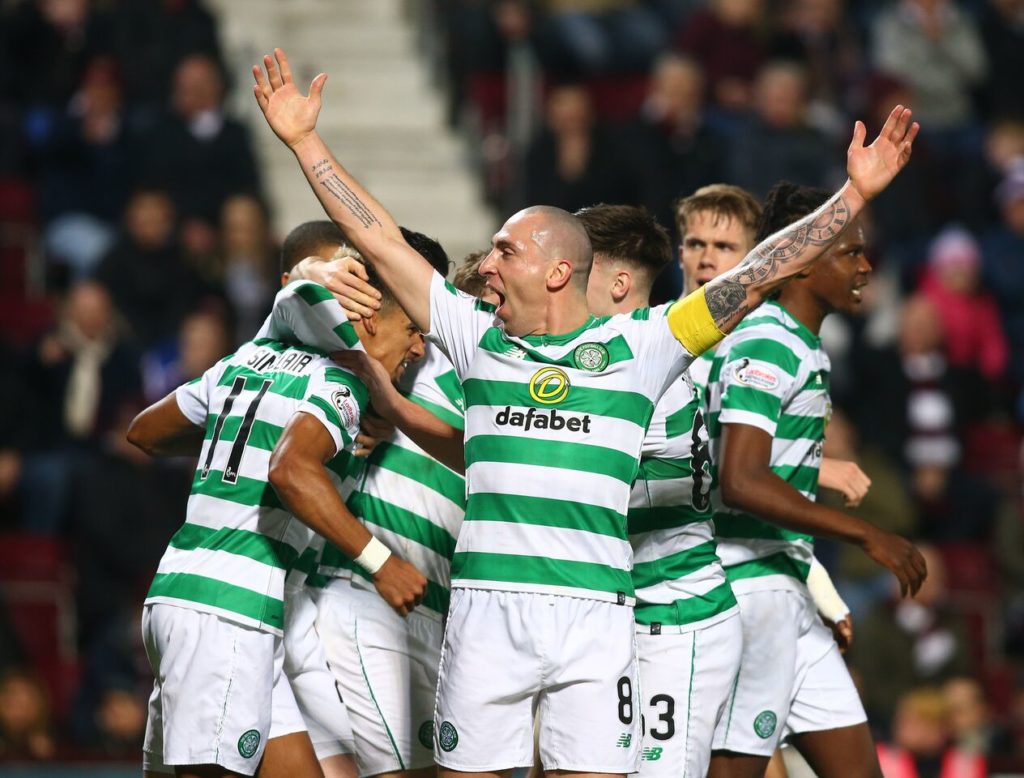 Brandon was sent off on 40 minutes after lunging into Toljan with his elbow raised. There were no complaints from Hearts at the decision. And it could have been game over just before the interval when Zlamal in the Hearts goal got a hand to a deflected shot from Burke and with Scotty Sinclair setting himself to double the Celtic lead, the keeper reacted super-fast to steal the ball from the Celtic winger’s toes.

It looked like being a defining moment in the game after that penalty was converted. Hearts sat in very deep and Celtic huffed, puffed but created little. The new management team through in three subs, Edouard, Weah and Lustig but it looks like being a good night for the Rangers, the club that signed Steve Davies and ended up needing snookers. 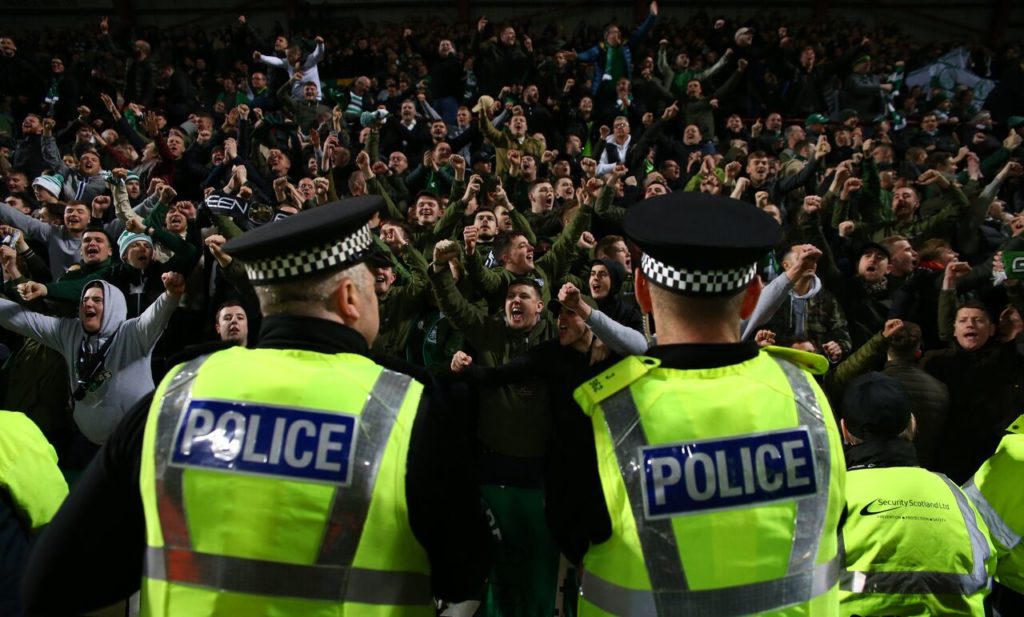 Scott Brown was having none of that though and delivered a great cross, Boyata took the defender away and Odsonne Edouard grabbed the winner and the glory.

We had a much more detailed match report written and ready to post but somehow lost it in all of the excitement, so apologies for that. Great banner from the support tonight aimed squarely at our former manager, who has a £7million a year deal at Leicester so will give not one jot. Feck him!

Previous ArticleHibs Fans in Lenny Meltdown – ‘They must think we’re mugs if they think we’ll swallow that,’
Next Article ‘I loved the Green Brigade banner! “You traded immortality for mediocrity. Never a Celt, always a fraud”!’ David Potter