You are at:Home»Latest»Teenage Kicks: On the road in October heading for a Double Treble

DECLAN McCONVILLE continues his look back at his travels up and down the country and over to the Continent to support Celtic on the road to an historic double treble. This time he looks back to last October…

Saturday 14 October 2017 – The Hoops returned to action with a home game against Dundee after another miserable World Cup qualifying campaign for Scotland. Rodgers left a few key players out the side to keep them fresh for the Champions League tie in Munich. Olivier Ntcham got the all-important goal to give Celtic the needed three points. I couldn’t wait for the next game as I was flying out to Germany on Tuesday for my first Celtic European trip! 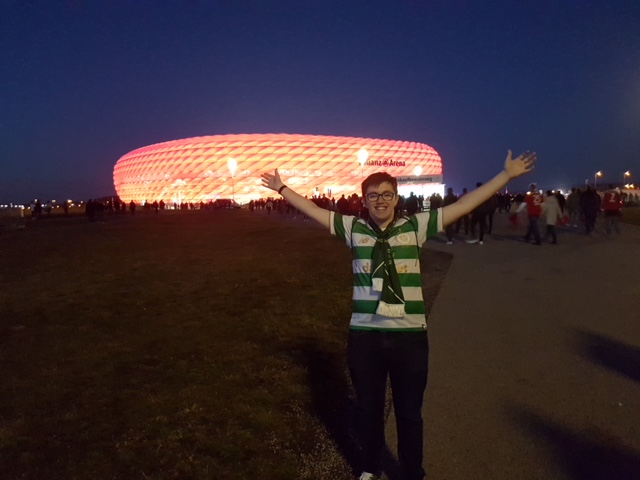 Wednesday 18 October 2017 – After arriving in Munich and having a good sing-song with fellow Celtic supporters, I wasn’t feeling exceptionally great on the morning of the match, for some strange reason. Walking around Marienplatz that morning with Gary, Dougie and Gerry, there was great deal of excitement in Munich among the Celtic support. There was a total flood of Green and White Hoops and I was hopeful that we could hopefully take something from the game which seemed to amuse a few different Munich supporters who I chatted to. 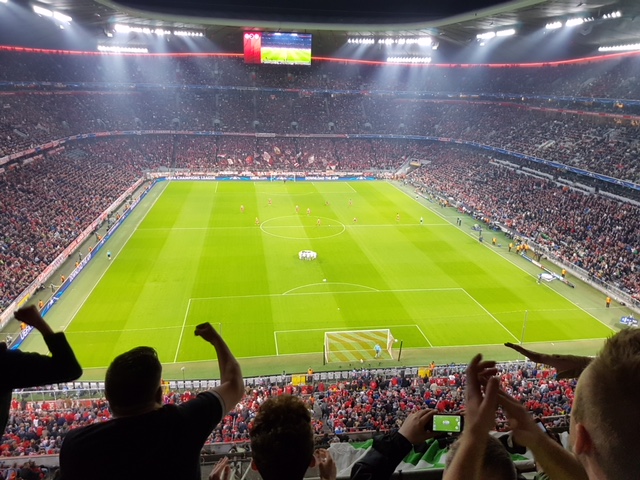 After getting off the Deutsche Bahn, I was met with the magnificent sight of the Allianz Arena. After getting into the ground and climbing the steps to the away end it was time to party. To everyone that was there that night which I shared the experience, I thank you all. They made a bad result into a special evening where Celtic should have taken the few chances given to them. Every supporter was a credit to the football club. I hope to do it all over again in the coming season – but with a better end result. 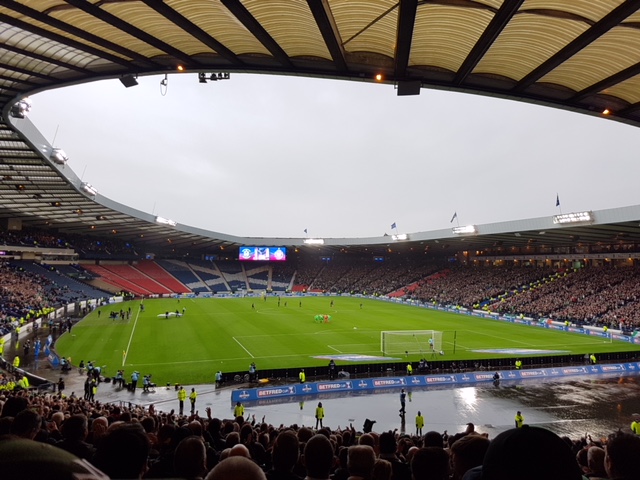 Saturday 21 October 2017 – The climate in the south side of Glasgow was one which was totally different from what I had experienced during the week in Bavaria. With the disappointment of the week, the defending League Cup holders bounced back at Hampden and saw off Neil Lennon’s Hibs very comfortably with braces coming from Mikael Lustig and Moussa Dembele to book a place in 2017 Betfred Cup Final. 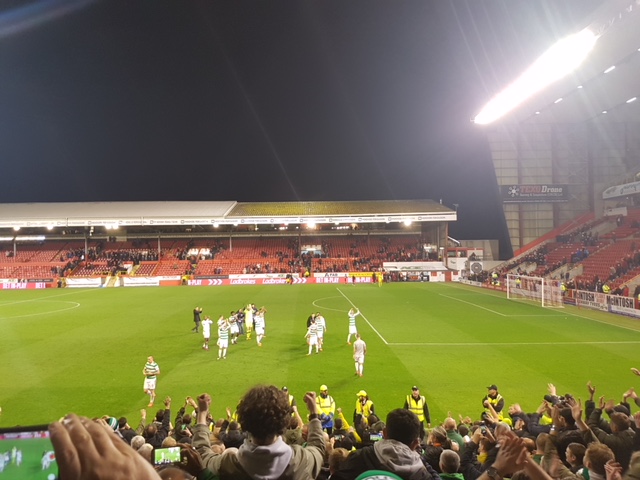 Wednesday 25 October 2017 Again, I left school early to head up north to Pittodrie for a top of the table clash. On the night, Celtic showed why they were the six in a row champions and absolutely tore Aberdeen apart with a comfortable 3-0 victory. With a rocket from Tierney and a Dembele brace I was sent down the road back Glasgow very happy indeed.

Saturday 28 October 2017 – With Steve Clarke now at the helm of Kilmarnock, the Ayrshire side travelled to Glasgow for the second time in the space of four days to again put in a sold performance. Undoubtedly, the Hoops main focus was on Tuesday nights Champions League tie with Bayern Munich which allowed Killie to take advantage of the six changes made to the Celtic side and leave Parkhead with a point.

This game may have not been one of the most entertaining but was one for the history books as Celtic equalled their 100-year-old British record of 62 domestic games unbeaten. An incredible feat by Brendan Rodgers and his players. 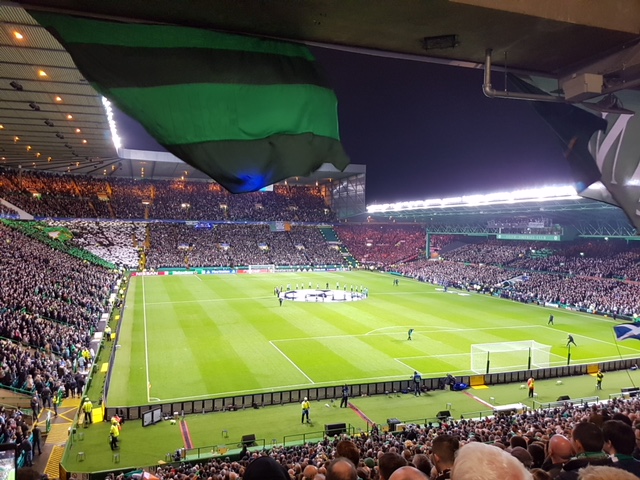 Tuesday 31 October 2017 – There was no horror show in Glasgow on this Hallowe’en as Celtic fought hard to try and take something from the home tie against the German Champions. Like every Champions League home game at Paradise the atmosphere was electric and the Green Brigade display was spectacular.

Unfortunately, this was a game of missed opportunities for the Bhoys. After doing so well to pull the score back level, the Stars of the South went up the park and again took the lead with a bullet header from Javi Martinez. Brendan Rodgers men could be proud of the performance which they had put in but would be undoubtedly upset not to have taken anything from the game.