FOR many older Celtic supporters nothing will ever come close to what happened in season 1966-67. They were of course 50 years younger and so were all young men and women, or even children.

Slightly younger Celtic supporters had plenty of great memories from the 70s and 80s then until Wim Jansen’s side stopped the ten, the nineties were pretty much a nightmare. 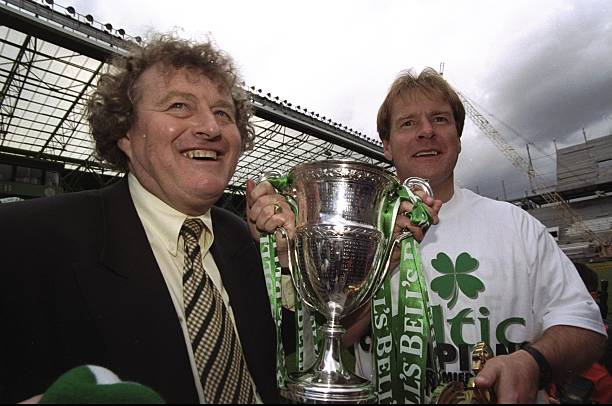 Martin O’Neill arrived and the fairytale was very much back on and we even took a European final to extra-time and dominated the domestic game while being up against a big spending, tax avoiding bunch of cheats.

Strachan’s side won trophies and punched above it’s weight in the Champions League. Neil Lennon did that too and even beat the mighty Barcelona and all the while Celtic supporters can look at the time that they started going regularly to games firstly with their families then when a little order with their pals. And they can all point to a side and say that was my favourite team, or that was the best season and so on.

Many Celtic supporters in their fifties will look back at the early eighties side that Billy McNeill had and wonder why that side didn’t reach a European Final as both of the New Firm sides, Aberdeen and Dundee United, were able to achieve. 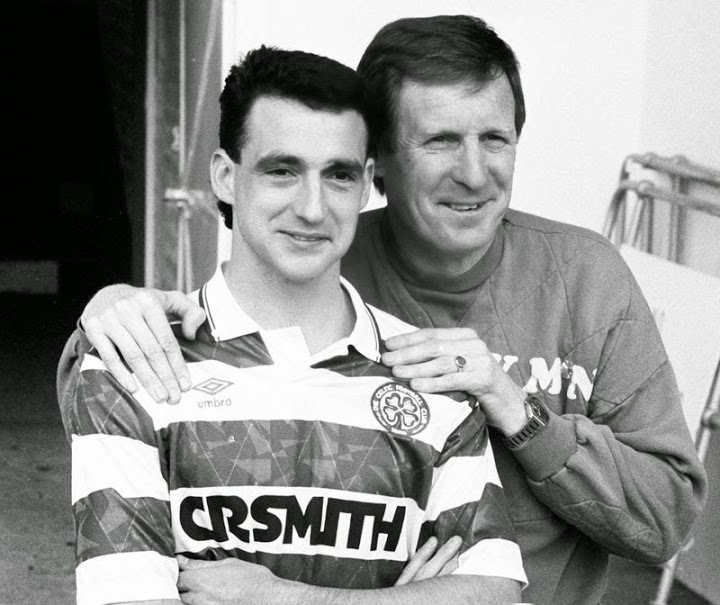 Celtic were exciting to watch then. Davie Provan with his socks at his ankles, Tommy Burns with his red hair, Charlie Nicholas with his brilliance, Murdo with his shot, the Bear with his drive, Frank McGarvey so unpredictable.

So for younger Celtic supporters from this generation the Invincible Treble winning season was something that they will be talking about in 50 years from now.

Over the past two Saturday’s 18 year old Declan McConville has given The Celtic Star readers a chance to read his own personal diary of that wonderful season that Brendan Rodgers served up in his first season at the club.

He has covered July and August – those Celtic sides mentioned above were all on the beach in Majorca or somewhere similar in July in their day – and this week Declan takes us back to the month of September in Celtic’s Treble winning Invincible season. Over to young Declan… 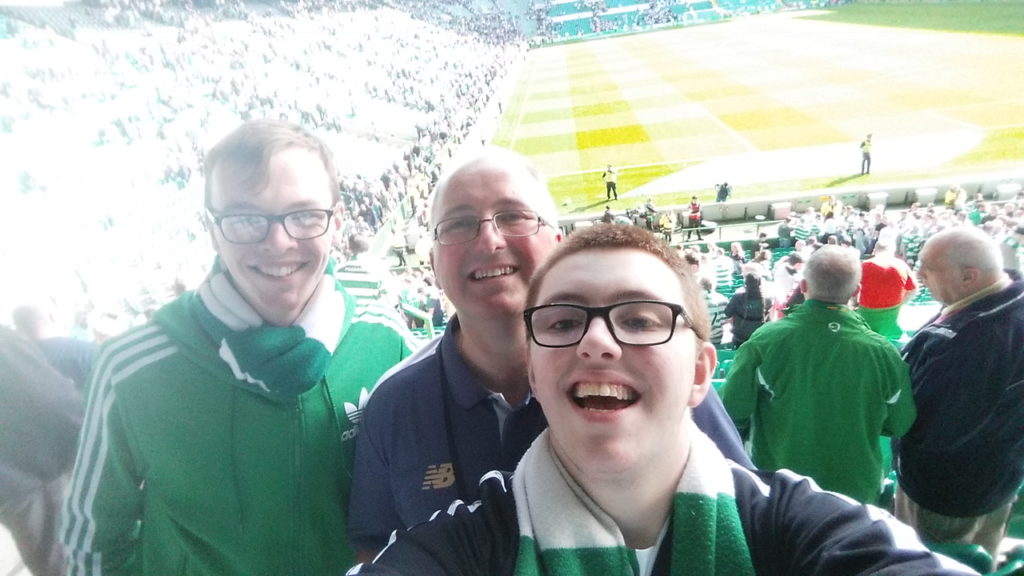 There had been no fixtures for Celtic at the beginning of the month as Scotland had begun their pursuit to qualify for the 2018 World Cup. The Celts first match of the month would be against the newly promoted winners of the Scottish Championship, Rangers. Travelling to the game on the Neil Lennon 18 CSC we were all disappointed to hear that Leigh Griffiths would miss the game due to injury. This disappointment did not last long as his replacement for the day Moussa Dembele had Celtic Park rocking after he headed home a brilliant corner from Scotty Sinclair.

Before half-time, Dembele had doubled the Hoops lead when he sent Senderos sliding and chipped Foderingham. The man that would go on to be a UK chart sensation then pulled one back for Rangers bang on the interval. Celtic were however patient in their play in the second-half and got another goal after the hour mark. 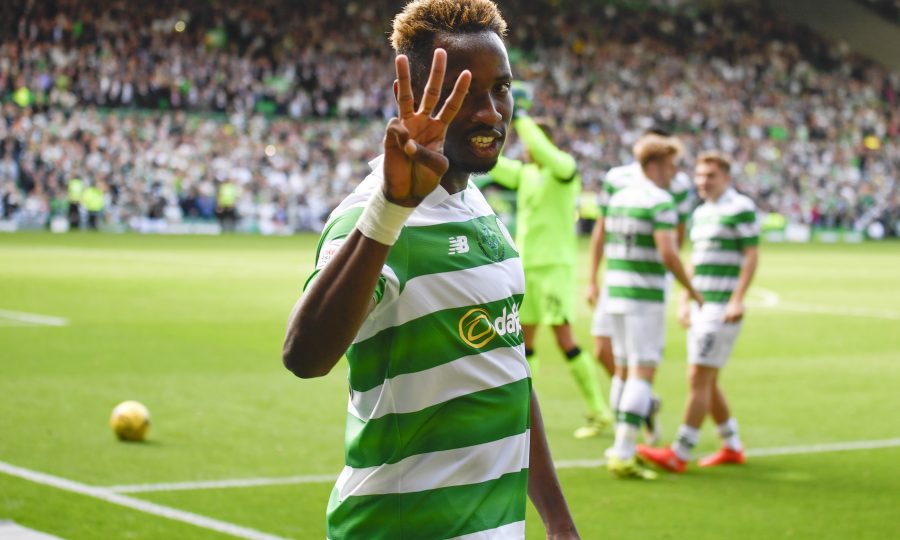 Dembele picked out Sinclair who kept up his magnificent scoring spree by clipping the ball off the post into the net. The day then went from bad to worse for the Magic Hats team with Senderos being dismissed after a ridiculous punch of the ball which resulted in his second yellow card.

Dembele then bagged his first hat-trick in Green and white hoops after he smashed the ball into the net. The final nail in the coffin came when substitute Stuart Armstrong slotted away a terrific ball from Kieran Tierney. The Celtic skipper Scott Brown summed up the game post-match perfectly by saying “it was men against boys.”

The Celts were in high spirits after a thumping win over Rangers in the Glasgow Derby. The less said about the game to follow the better. Celtic kicked of their group stage with a visit to the Nou Camp. The hoops were completely blown away and outclassed on the night and were thrashed with Barcelona scoring seven. Moussa Dembele could have drawn the game level but much to the travelling supports disappointment missed his penalty kick. 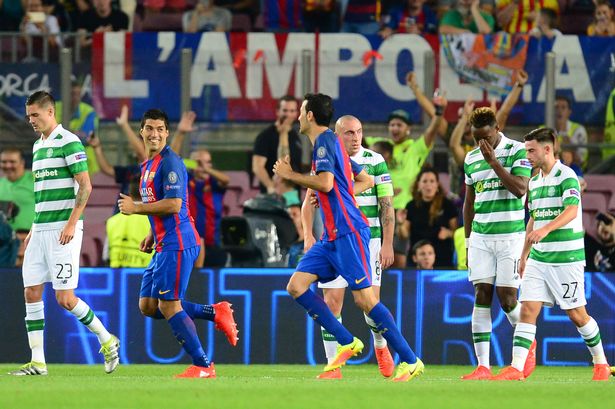 Celtic’s domestic winning streak was to come to an end with a disappointing draw in the Highlands. The hoops lead twice and would have won the game comfortably if it hadn’t been for some superb goalkeeping from the Caley Thistle stopper Fon Williams. Inverness scored at the death with Alex Fisher heading the ball past Dorus De Vries. Due to results from elsewhere, Celtic were still sitting handsomely at the top of the table with a game in hand. 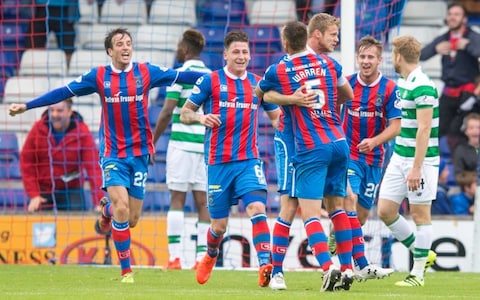 Travelling to Celtic Park for the quarter-final of the League Cup was Alloa Athletic. Craig Gordon made a return to the side with De Vries being rested. Gordon may have been lucky not to have been sent off before the interval after a very rash challenge. Alloa were excellent in the game and looked as if they were taking the Scottish Champions to extra-time.

The rejuvenated James Forrest did eventually manage to break down the Alloa defence and give Celtic the lead. The lead was doubled shortly before full-time when Dembele again got another goal at Paradise. The draw was made for the semi-final after the game, with Celtic being drawn against Rangers. 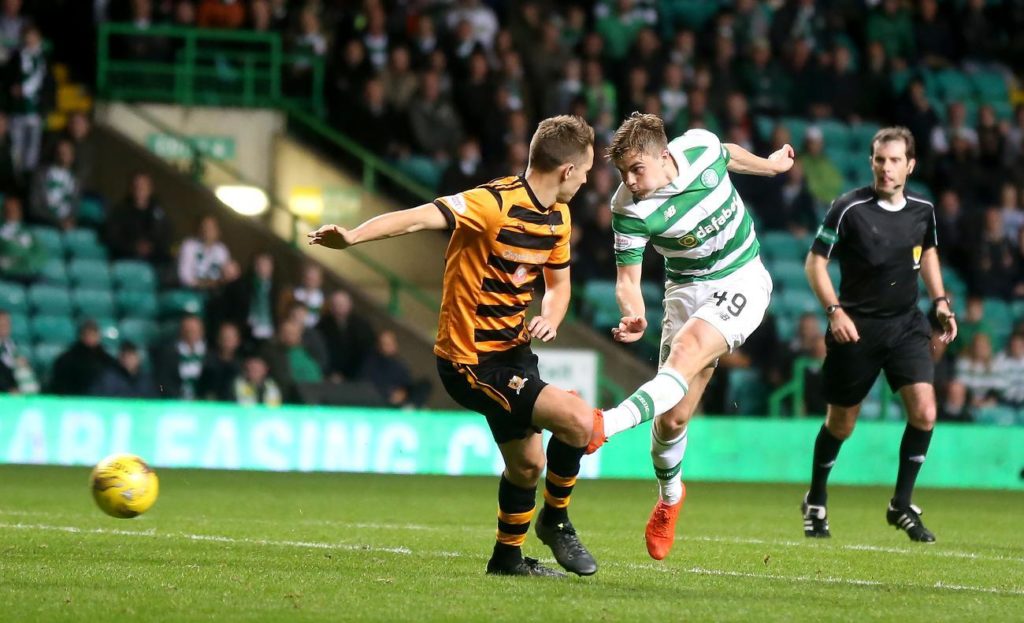 The September weekend got off to a perfect start for me personally with a visit to meet the first-team at Lennoxtown before their fixture with Kilmarnock the following day.

But Celtic Park was stunned when Killie took the lead after a phenomenal strike from Souleymane Coulibaly which must have been from around forty-yards. Celtic bounced back immediately, with Dembele sticking the ball past Jamie MacDonald to pull the hoops level. The Frenchman then bagged a second goal when he smashed the ball into the Killie net.

At half-time, Dorus De Vries was replaced with Craig Gordon. This would be the last final game of the season that we would see the Dutchman start in goals for the Hoops. Celtic blew Killie away in the second-half with goals coming from James Forrest, Leigh Griffiths, Scotty Sinclair and Tom Rogic. The Bhoys now had a five-point lead over the other sides in the SPFL with a game in hand. 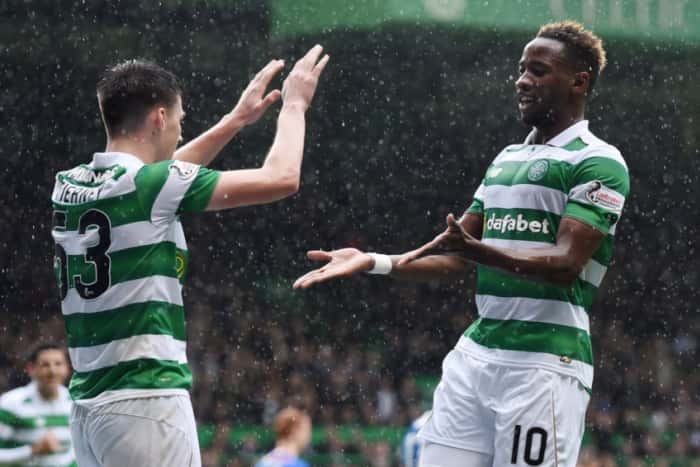 As I rushed to finish an essay I made my way to Celtic Park hoping for a big performance against Pep Guardiola’s Manchester City. It was a supersonic start for the Hoops when Erik Sviatchenko’s header bounced off Dembele to give the Scottish Champions the lead. City replied immediately, after an Aleksander Kolarov strike was deflected into the path of Fernandinho who tucked away his effort very neatly past Craig Gordon. The Celtic press did not cease, and they continued to plug away at City.

This high press again paid off, when Kieran Tierney made a bombing run down the left-hand side, latching on to a Rogic pass with his effort deflecting of Raheem Sterling going past Bravo to again give Celtic the advantage. The fifty-million pound winger did however make up for his error at the other end and was cool in front of the Hoops goal to bring City level. 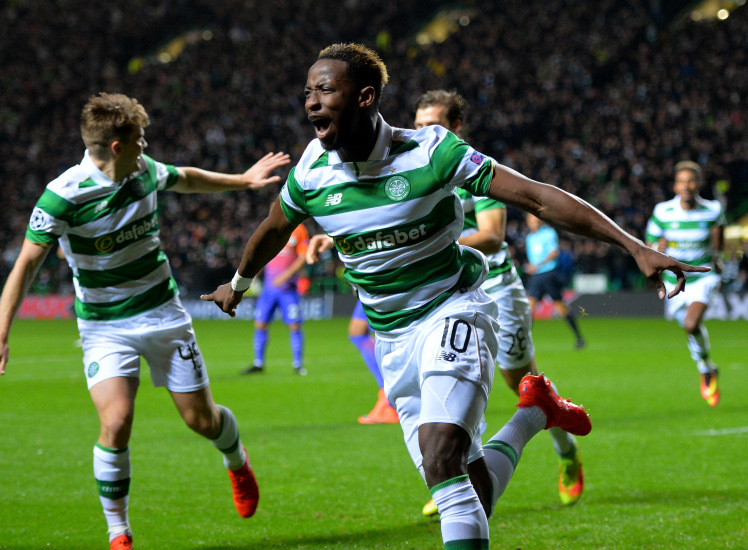 Rodgers side was not dispirited and found themselves again in dreamland when Dembele scoring a stunning over-head kick to send Celtic Park into raptures. Unfortunately, Celtic’s lead did not last very long as Nolito pulled the tie level after a terrific save from Craig Gordon was parried out to him. There was so much to take from this performance for Celtic, they had been the first team to take anything off Pep’s city who had been on a ten-game winning streak. The occasion had been a Champagne Supernova!

One of the other highlights of the month of September was attending ‘Celtic the Musical’ at the Pavilion Theatre in Glasgow. Before the event begun, I had the pleasure of meeting Lisbon Lion Bertie Auld for the first time. When I mentioned to Bertie that I was from Maryhill his face lit up and he started to talk away to me. Like all Lions Bertie is a Celtic legend and an absolute gentleman.

My OCTOBER 2016 Diary will be published next Saturday on The Celtic Star. 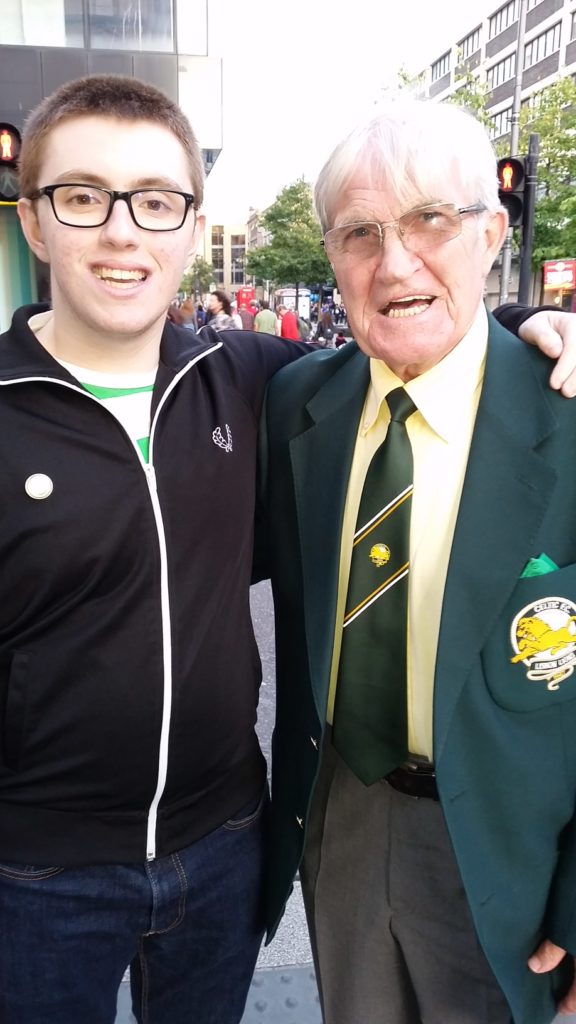