Today’s BBC commentators did not give the impression of being Celtic sympathisers, says Celtic Historian David Potter…

To my shame, I do not follow Celtic Women as often as I should, but this afternoon I was out of my seat cheering Charlie Wellings’ late equaliser and what a pity it was that we did not grab that late winner. But it was great entertainment, and the fightback was certainly very much in the Celtic character of not giving up.

Tegan Bowie had a good goal as well, and one must also give credit to the Spartans for a good game on a bleak day. Pity that Chloe Logan was caught out of her goal for that second goal! So a bitter-sweet day for Fran Alonso.

📹 The manager shares his thoughts on today’s 2-2 draw against Spartans.

Several things disturbed me, however. One was that the BBC commentators, one man and one woman, did not give the impression of being Celtic sympathisers, but maybe I am wrong on this point, and another unhappy thing was the smallness of the crowd. Is lockdown still on? Why were the green and white hordes not there in greater numbers? It was disappointing for a home crowd.

Which leads me to the main point. Why was this game played at the home of Airdrieonians, when Celtic were the home side? Why are the Celtic Women not given the courtesy of being allowed to play at Celtic Park? Please don’t anyone insult my intelligence by saying that the Women would damage the pitch. The pitch at Celtic Park is undeniably one of the best in the country, and it is surely strong enough to take another game on it, is it not? Even more insulting to anyone’s intelligence is talk of the cost of opening Celtic Park. We had to pay Airdrie, did we not? 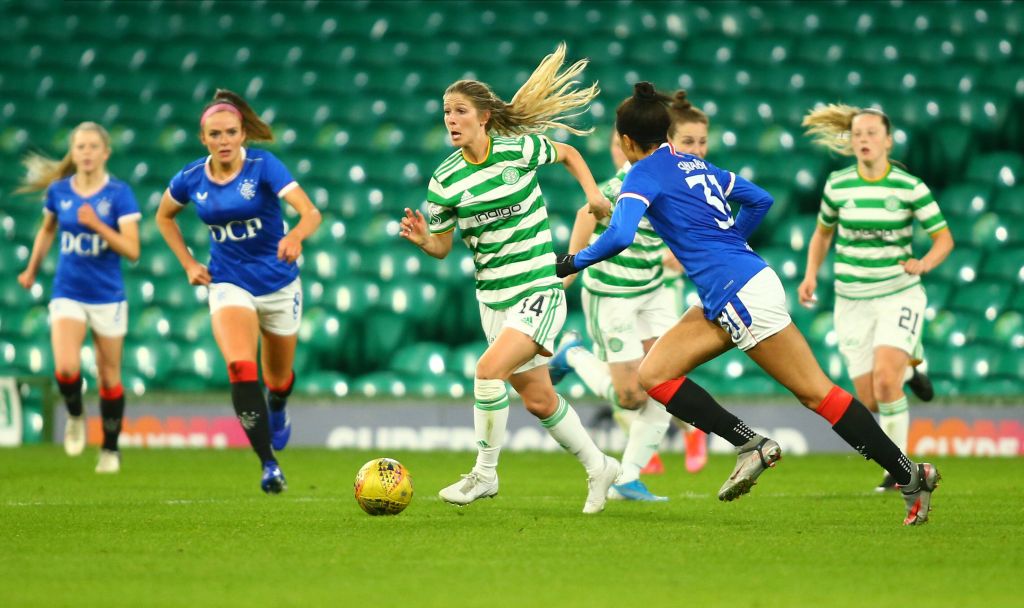 Another objection might lie in the fact that there would not be a great atmosphere in a big ground like Celtic Park. Maybe not, but there might also be a bigger crowd if a little imagination were to be employed – for example admission £5 and all children admitted free. And there are many Celtic supporters who could not resist the thought of seeing more green and white jerseys running about the Dear Old Paradise – but they have clearly resisted the temptation to travel to Airdrie!

I think that playing for Celtic is a privilege and deserves privileged treatment. If we want Charlie Wellings to be mentioned in the same breath as Charlie Shaw, Charlie Tully, Charlie Napier, Charlie Nicholas and Charlie Mulgrew (well maybe not Nicholas, come to think of it!), we must treat the Ghirls with the respect that they deserve, and the honour of being allowed to play for Celtic at Celtic’s home ground. The Ghirls are Celts too! And who knows, we might just get a bigger crowd.

Broony’s Back – “I would imagine he will get a fitting tribute from their fans,” Stephen Glass
“Found wanting defensively in European competition,” Sutton’s Celtic Europa League Verdict
“When you’re 2-1 up with eight minutes left you’ve got to try and see it out,” Pat Bonner
Previous Article” I just thought, ‘I have to strike this’ and put a bit of swazz on it,” Turnbull on his Fir Park stunner
Next Article Video: Footage shows Referee got Bolingoli penalty incident correct