You are at:Home»Latest»The Celtic Great who managed Leicester City and came within a point of winning the league

Adams, McNair and Orr… is the start of one of the best Celtic teams of them all, and Willie Orr was their captain and leader, yet curiously he is not talked about as much as other members of the side. 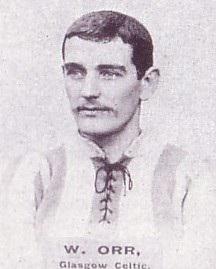 Not only that, but he was a great Manager, and it could well be argued that he might have made a great Assistant Manager and possible eventual successor to Willie Maley. He was bright, intelligent, hard-working and totally committed to the cause. Yet as a left back (a rather unspectacular position on the field, although men like Dan Doyle and Tommy Gemmell would have disagreed!) he has been largely ignored by the hagiographers.

He was born in 1873, had played for Airdrie and was with Preston North End in 1897 when he became one of the first wave of the Maley recruits in the summer of that year.

He was mainly a left half in those days, but he played an honourable part in Celtic’s winning back of the League in 1898, sometimes at left half and sometimes at right half without in any way seeming out of place alongside mighty men like Sandy McMahon and Dan Doyle. 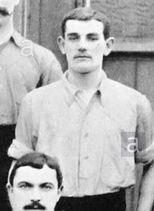 Willie Orr in his time at Preston NE

He was less successful in the 1898/99 season and for some reason missed out on the Scottish Cup final of that year, but took a glorious role in the winning of the Scottish Cup in 1900, having the intelligence to know how to play against the wind (the simple method of holding the ball and if you have to pass, to pass the ball along the ground a short distance) and thus winning his first Scottish Cup medal.

He was then capped three times for Scotland, although never against England.

Not the least of Maley’s happy decisions in 1904 was his appointment of Orr as captain while simultaneously moving him to play at left back, and this allowing the mighty half back line of Young, Loney and Hay to come together.

Celtic never really looked back after that, and Orr captained the side to three successive Scottish League titles in 1905, 1906 and 1907. The Scottish Cup of 1904 was all about Jimmy Quinn, but the 1907 Scottish Cup final against Hearts was no less significant historically. 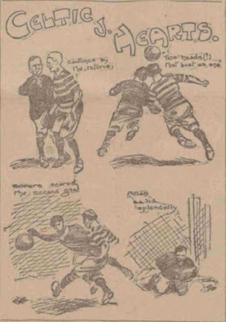 In the first place it was part of the first ever Scottish League and Cup double, for which Orr deserves as much credit as anyone, and although no-one knew it at the time, his conversion of the penalty kick in the Scottish Cup final changed the course of Scottish football history in that it propelled Celtic to a great victory and sustained success, and in so doing, condemned Hearts to 50 years of mediocrity with a long lasting and permanent inferiority complex about Celtic which is sadly so obvious to this day.

The 1907 Scottish Cup final was also virtually the end of Orr’s sparkling Celtic career, for he was soon replaced by the younger and faster Jamie Weir, some 14 years his junior! Orr was now 34, accepted matters with a good grace, retired and disappeared from football for a while.

He became involved with Airdrie, one of his previous clubs, and we next see him after the war as Manager of Airdrie. He was phenomenally successful with players like Hughie Gallacher and Bob McPhail, and in 1924 Airdrie won the Scottish Cup, the only major trophy they have ever won! 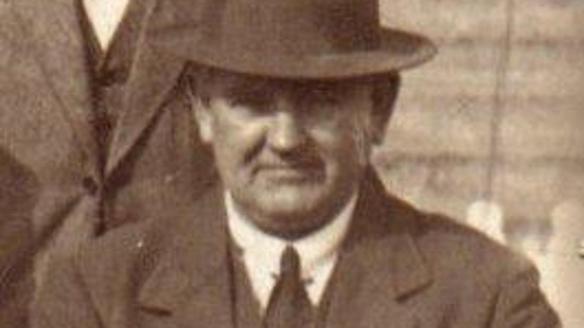 Orr might have taken Airdrie further, but this was the 1920s, and his good players were all sold off elsewhere, and he himself moved on to try his luck as Manager of Leicester City. Here again he enjoyed more than a little success and with several Scottish players in his team, not least John “Tokey” Duncan one time of Raith Rovers, he took them to second place in the English League in 1929, losing out narrowly and unluckily to The Wednesday (we know them better as Sheffield Wednesday) by one point. 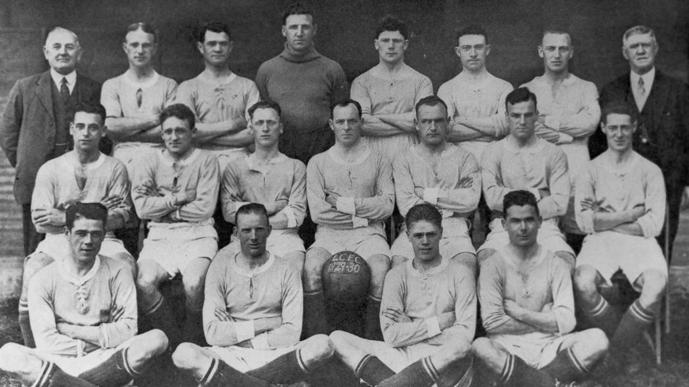 Willie Orr and his Leicester City side

He returned to Scotland in the 1930s where he was a lot less successful as Manager of Falkirk where he found himself suspended sine die on 4 April 1935 after having apparently tried to bribe an opposition player to be “ill” or “injured” and not to turn out against Falkirk.

Orr protested his innocence, and received widespread support from many quarters – Falkirk themselves and Leicester City, but significantly, not Celtic in circumstances where one would have felt that that intervention of Willie Maley might have been significant. Does this tell us anything?

Orr never returned to football, even after his sine die suspension was lifted two years later. He worked as the Manager of W.Alexander’s Bus depot in Crieff for a few years before he retired. He died in Airdrie in February 1946.

He was aged 72, a mighty football man and a great and underestimated Celt.

Leicester City pay their own tribute to former Celt Willie Orr on their official website with this feature from their Club Historian John Hutchinson…SEE HERE.