You are at:Home»Latest»The Celtic Star asks Ange about the Aberdeen penalty and rounding off the tribute to Bertie with a win

Some comments: “At the end of the season no-one looks back at so called “fortunate” goals – they all count”…”Callum knew that was a big goal!”…”McCarthy did well for the second goal, great ball to Abada’…”The McGregor goal was fortunate, but we deserved it the way we were playing in the second half”…”Calmac completely fired up!”.

Not too sure that the hacks were quite used to Celtic Supporters asking questions at these post match media conferences but as of yesterday they’d better get used to it. The Celtic Star was invited long alongside one of the podcasts and these passes will be issued to the Celtic fan media on an on going and rotational basis for the rest of the season and hopefully beyond.

The hacks reckoned that Celtic got lucky with the second goal but Ange was having none of that. The Celtic Star had a slightly difference take on the goals turning the focus after Ange dealt with the “lucky Celtic question” to the “Frustrated Celtic” one. We asked Ange if there was frustration in the Celtic dressing room at half time after Liel Abada had clearly pulled out of the challenge and the Aberdeen player went down regardless.”

The Celtic manager responded by saying that there was no time for frustration at the break as they had other priorities and he reckoned that Clancy had such a good view of the incident that he must have got it right. Maybe Celtic should have included the penalty in the Unique Angle.

Disgrace of a decision. Never a penalty. Bates should've been booked for diving
Clancy yards from it anaw. Outrageous. pic.twitter.com/whre85Voso

On the lucky Celtic question Ange said: “I don’t know about luck. If you put yourself in those situations often enough, then you know, we had a couple cleared off the line, we hit the post. Is that unlucky? I don’t know. In the end, I think it was deserved. I don’t think we were just grinding on this occasion. We were still bright in areas. 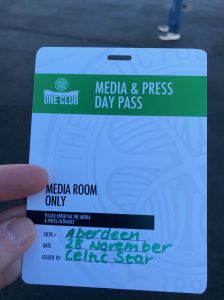 “Aberdeen were well organised and we had to find creative ways to break them down. It’s not easy when the opposition sits so deep. It wasn’t a game that was going to be open and entertaining.

“But it’s important you get these victories. I still thought we got it with elements of our game, particularly the defensive side. People talk about the attack, but we are relentless defensively, from Kyogo at the front to the boys at the back and in midfield. We work hard. Getting rewards that way, there is nothing wrong with that

“The players put in a lot physically and emotionally on Thursday night. We were disappointed by the outcome. A couple of days later, we had to pick it up and I thought our energy was really good. We put some pressure on at the start and got our goal.

“They got the penalty, which brought them into the game a little bit, but then in the second-half we went to another level in terms of our energy, our relentlessness to chase balls down. 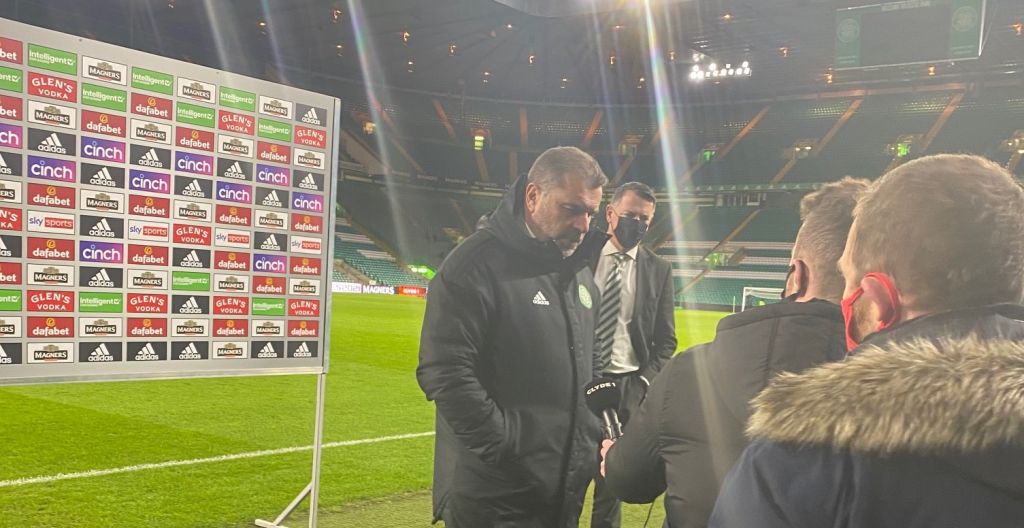 “It’s really important because I know how difficult that is to do, physically and mentally, after a big midweek night. I’m really pleased the players got their rewards.”

The Celtic Star then asked Ange if the performance and the victory was a decent way to round off what has been a tremendous tribute from Celtic for Bertie.

“Yeah, brilliant. It’s a very important 10 days for this football club. It was right because his family are obviously going through a tough time and it was right that we honoured him in the right way. I think we did that in our performance against St Johnstone in the semi-final.

“It was disappointing on Thursday, but I still thought in Europe we played in the manner he would have been proud of and we capped it off against Aberdeen. It was a beautiful service on Friday. It’s great for the players to see how this club treats its greats,” Ange told The Celtic Star. 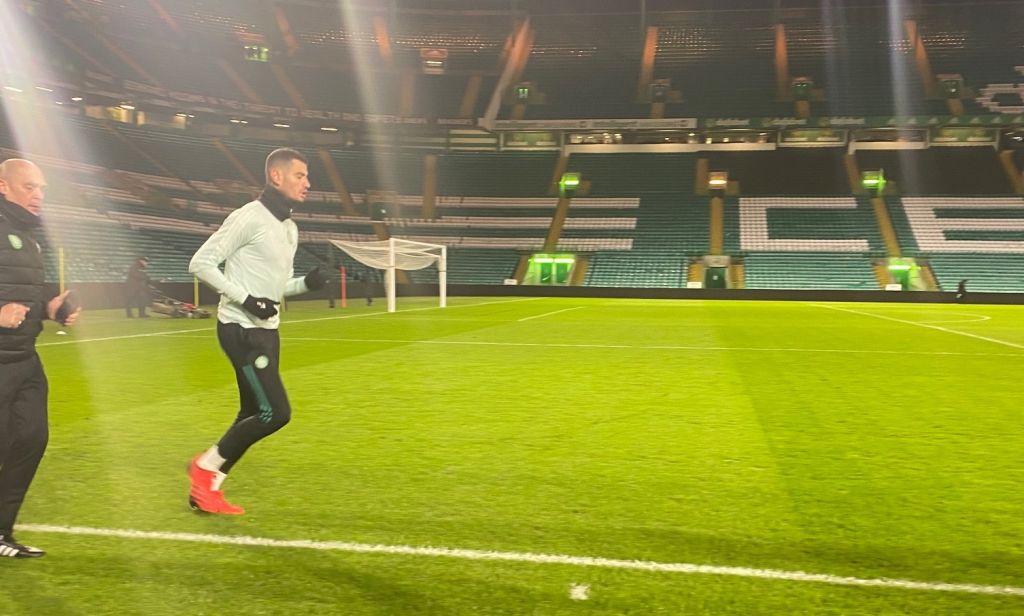 While all of this was going on Nir Bitton was being put through his paces in the background while the Green Brigade in the North Curve, The Bhoys up high in the corner of the Jock Stein Stand and Jeanette Findlay and a fellow protester at the back of the main stand were busy protesting about the rumoured appointment of Bernard Higgins.

Do the right thing @CelticFC and tell Higgins where to go! pic.twitter.com/wdI3tv8HlE