You are at:Home»Latest»The Celtic Story of Birthday Bhoy Charlie Gallagher (80 today) – Part 2
Showing 1 of 2
Next 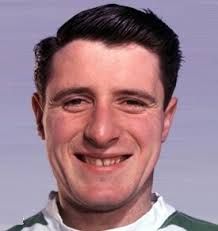 Season 1960/61 would see Charlie Gallagher establish himself as a regular in the Celtic team. Eventually. He would start the campaign in the ‘Possibles’ line-up with John Fallon and John Clark, as the annual pre-season trial match at Celtic Park ended in a 4-0 victory for the ‘Probables’ on Tuesday, 9 August 1960. Seventeen-year-old centre-forward John Hughes had played well in the match and was rewarded for his efforts by making his Celtic debut in the opening game of the season, the home League Cup-tie with Third Lanark four days later.

Thirds would again provide the opposition as Charlie made his first appearance of the campaign on Monday, 29 August 1960 at Cathkin Park, in place of the rested Stevie Chalmers. The Glasgow Cup semi-final tie finished goalless, with the teams meeting again the following midweek at Celtic Park. That would prove to be a memorable occasion, as Gallagher scored his first goal for Celtic, the Hoops’ third in a 3-1 win which set up a final with Partick Thistle.

It would not be enough for Charlie to retain his place, as the first-choice players returned for the next two matches, a 5-1 home defeat by Rangers followed by a 2-0 reverse at that same Cathkin in the League clash. He would get a rare start on Saturday, 24 September 1960, in a 0-0 draw with Aberdeen at Celtic Park, before missing out on a first cup final appearance for the Bhoys, as they slumped to a controversial 2-0 defeat to Thistle at Hampden, referee Tom ‘Tiny’ Wharton awarding a penalty to Celtic before changing his mind at 0-0.

October began with another bizarre episode from Celtic’s history. Picture the scene.

• Celtic’s third or fourth-choice goalkeeper – who is also a keen supporter – is waiting on public transport to take him to the first-team game at Airdrie. As a fan.
• The Celtic team bus passes him and stops to give him a lift to the game, as a courtesy.
• An hour or so later, he is told he is playing, against his former club, allegedly following interference from the club chairman, Bob Kelly, who is impressed by his commitment.
• The team loses the game 2-0, the supporter/goalkeeper is blamed for both goals and he never plays for the Celtic first-team again.

Too far-fetched? All absolutely true. This is the story of the legendary Celtic debut of keeper Willie Goldie at Broomfield Park, Airdrie on Saturday, 1 October 1960. Stranger than fiction.

The following week did bring good news, with the return of Willie Fernie from Middlesbrough, whilst his fellow 7-1 goalscorer, Neil Mochan, left to join Dundee United in November. By this time, Charlie was continuing his exile in the reserves, seeing out his teenage years on the periphery of first-team action. He would make only one further appearance that calendar year, the Hogmanay clash with Kilmarnock at Celtic Park, however, it would prove another significant occasion for Gallagher. Celts were two goals down to high-flying Killie with half-an-hour remaining before Stevie Chalmers sparked the fightback, the winger then scoring again in the 80th minute to level things at 2-2.

Five minutes later, Charlie settled the match with a superb winning goal, the first League goal of his Celtic career, his solo run and powerful finish sending the bulk of the 30,000 supporters home for an unexpectedly happy Hogmanay.

Fernie would replace Gallagher at inside-left for the visit to Ibrox two days later, as the feelgood factor quickly died following a 2-1 defeat, our old friend Wharton this time ruling out a perfectly good goal from Jim Conway, as Celts took the honours but not the points. A recast forward line saw Charlie re-introduced at outside-right for the visit of Third Lanark, five days later, the dreadful conditions doing the players no favours as the Hi Hi edged a five-goal chiller. He would then enjoy a consistent run in the team all the way to the end of the season, commencing at Pittodrie, where he beat Dons keeper John ‘Tubby’ Ogston to open the scoring as Celts beat an Aberdeen side including future Chelsea star Charlie Cooke 3-1 on Saturday, 14 January 1961. 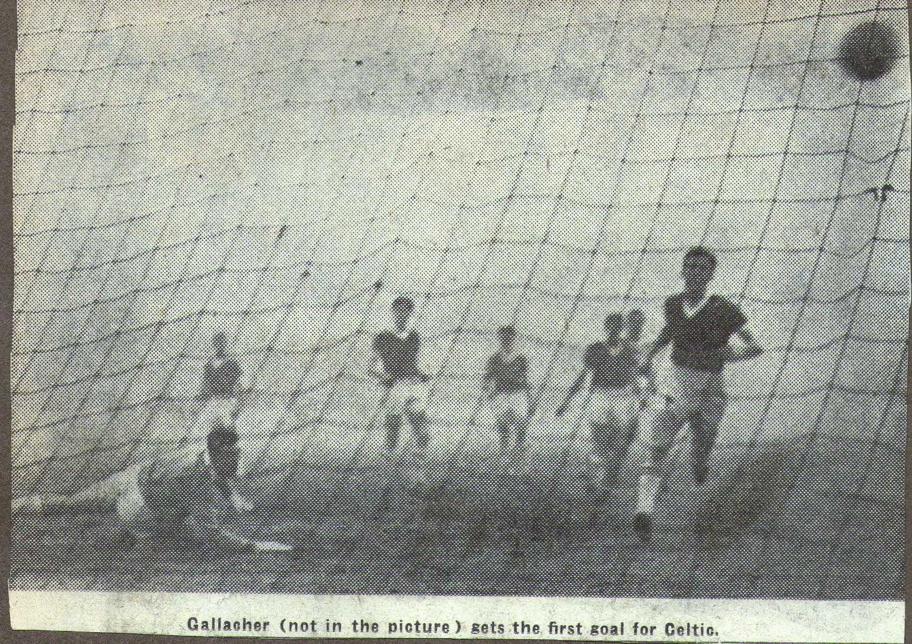 Showing 1 of 2
Next
Previous ArticleVideo: Stunning – Larsson scores incredible half volley
Next Article “What they have achieved is quite incredible. Their domestic record is remarkable,” Nicholas on ‘brutal’ Celtic