You are at:Home»Latest»The Charlie Nicholas Story – There was a great deal of euphoria in the Celtic ranks

Celtic won the League championship again in that 1981/82 campaign, but they did so to a large extent without Charlie Nicholas, who played only 14 games. He broke his leg in a reserve game in January at Cappielow. Ironically, he was in the team simply because he was short of match practice, thanks to a severe winter. Effectively Charlie did not play again that season.

As a result Celtic departed the Scottish Cup at a comparatively early stage of the campaign, but even in the first half of the season when Nicholas had been available, the form of the team had been disappointing. A miserable League Cup campaign had seen defeats to the likes of St Mirren and St Johnstone. Although the fires burned briefly in Europe after a 1-0 win over Juventus at Parkhead, the team (without Nicholas) went to Turin and obeyed the unwritten law of the 1980s that Celtic must collapse before high-class opposition. 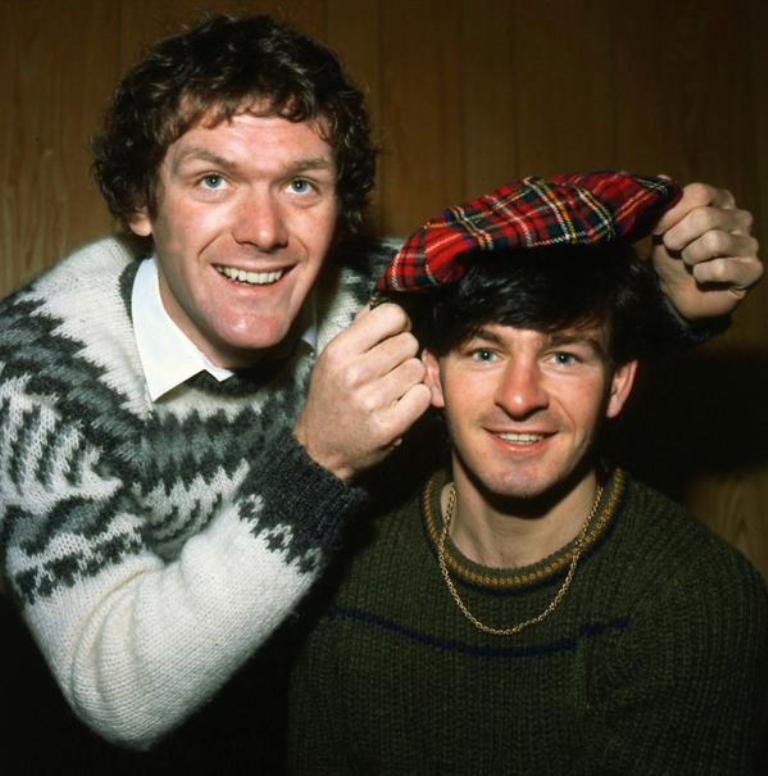 Nicholas had not played as well in the early part of the 1981/82 season as he had previously. He was injured once or twice and there were also signs of “second-season syndrome”. The opposition had begun to spot his weaknesses, and had begun to target him for one or two hefty tackles. In addition, he now began to suffer because he was a Glasgow celebrity.

The media were very much on his case, and Charlie found this hard to deal with. He was expected to work wonders every week. He could not quite do this.

But Celtic, without Nicholas, did win the Scottish League in 1981/82, and the fans, as they watched the World Cup that summer or flocked to Bellahouston Park (not far from Ibrox!) to see the Pope on his tour of Scotland, looked forward to the season that was to come. Not only would Celtic be the defending champions, they would also have Charlie Nicholas back. 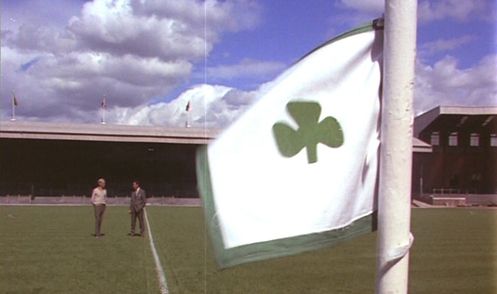 Another great player had emerged in Paul McStay. Paul was less flamboyant than Charlie Nicholas, but still showed great promise. The future looked more optimistic than it had done for some considerable time, and in early December the League Cup was won.

The League Cup was traditionally the tournament in which Celtic did less well than in others, and it had been eight years since the last success. Nicholas was very instrumental in bringing this rare success to Parkhead. He scored at least one goal in every game he played in the League Cup except for one, and he had the ability to be there at exactly the right moment to save the day when things were tight. 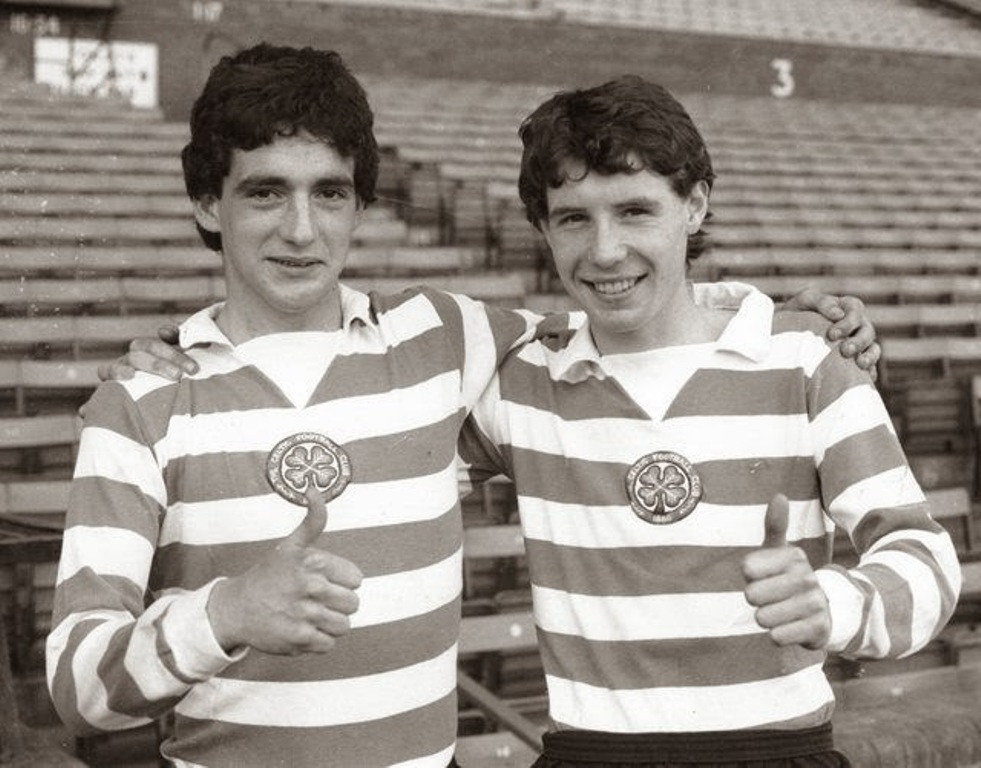 The semi-final against old foes Dundee United had been a case in point. Two goals up from the first leg at Parkhead, Celtic had squandered their lead at Tannadice, and the rampant United side, even although they had had a man sent off, looked as if they were to score the winner against a ragged and shaken Celtic side.

The Celtic half of the crowd had lapsed into desolate and ominous silence, as they do when disaster seems imminent. Two minutes remained when Tommy Burns broke away and slipped the ball to Nicholas. A lesser man would have tried to round the goalkeeper and risk losing the ball, or he might have blasted over the bar. But Charlie showed all the coolness in the world as he drilled the ball past Hamish McAlpine to put Celtic into the final. 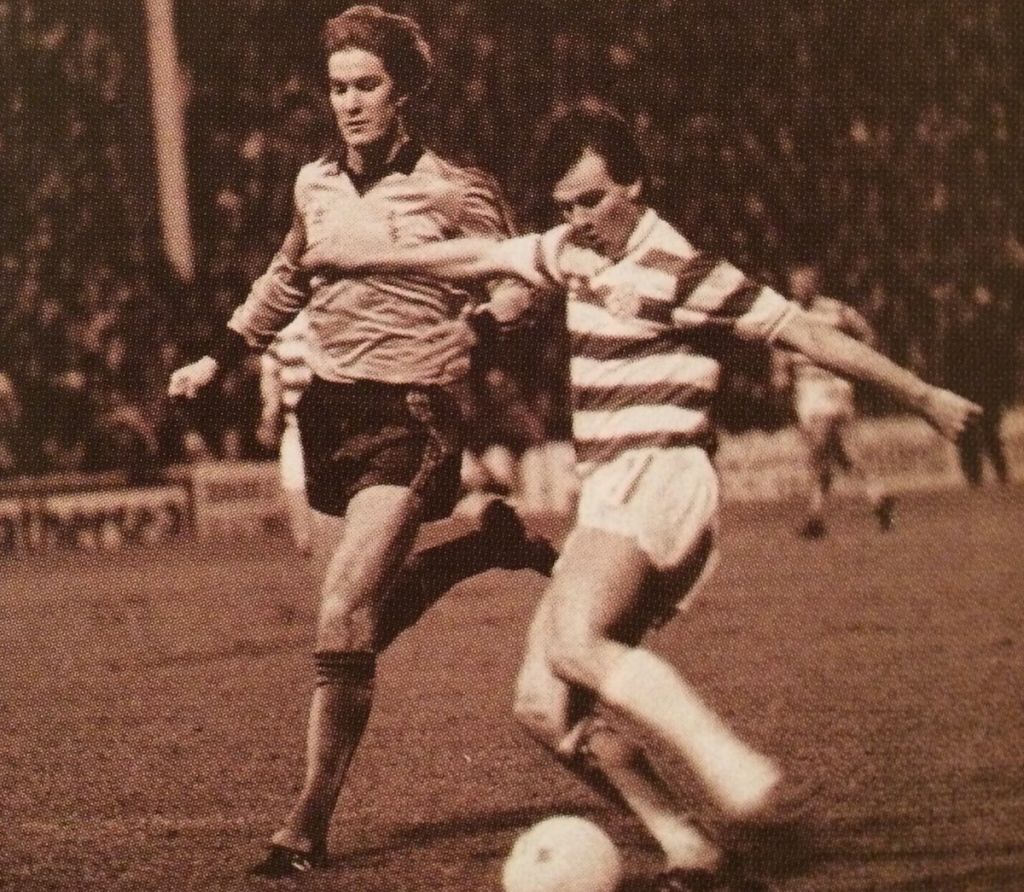 The stage was thus set for Nicholas’s best and most famous game of his Celtic career, the Scottish League Cup final of 4 December 1982 against Rangers. The weather hardly graced the occasion, as rain poured down on that dreadful afternoon, particularly on the uncovered Celtic end of the ground. In addition, Hampden was under construction, so that the North Stand area was totally bare apart from items of building equipment and a few men in oilskins. It was the most unlikely setting for a Cup final, held at a ridiculous time of year when conditions were liable to be at their worst, yet for Celtic and Nicholas it was a spectacular and glittering success. 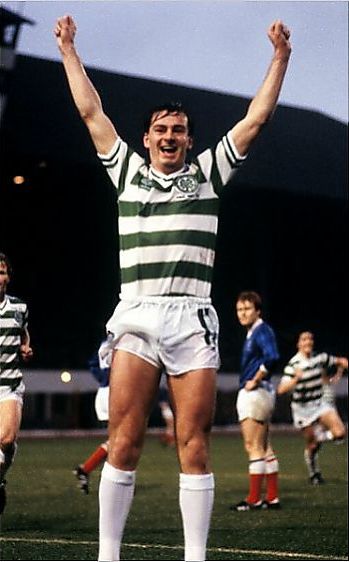 Darkness had already fallen by the time of the 3pm kick-off, but Charlie lightened the gloom. Early in the first half, Rangers won a throw level with their own penalty box. They got themselves into a fankle, and Davie Provan emerged with the ball. He passed to Charlie on the edge of the penalty box on the Celtic right, and with four defenders closing in on him, he slammed the ball home.

Football is a simple game sometimes, and when the ball comes to you in these circumstances, kicking the ball once and making a good job of it is usually the best option. It is certainly preferable to trying to beat a man and find a better position, thus giving the goalkeeper and his defence time to organise.

By half-time, it was 2-0 and Nicholas, although having no direct part in the second goal, was simply on fire as he ran at that Rangers defence, passed to colleagues and cajoled, heartened and inspired the Celtic team.

To their credit, Rangers fought well in the second half and pulled a goal back, but Celtic continued to dominate with Nicholas leading the way. He actually managed to miss an open goal near the end, but it mattered little, as the game finished with Celtic well on top and winning 2-1.

The rain-drenched Celtic support had not been so happy for a long time. One trophy was in the bag, and the prospects of a treble of domestic honours seemed bright. Celtic had a good side, a charismatic, committed manager in Billy McNeill, the man who had lifted that big, beautifully ugly European Cup 15 years ago – and they had Champagne Charlie!

The optimism intensified after a good win at Ibrox on New Year’s Day, incredibly the first win there on a New Year’s Day since 1921, when Joe Cassidy had delivered the goods. This time victory was made remarkable with a great Celtic goal from Nicholas, who feinted to go one way, then the other, passing the ball, as it were, from his right foot to his left, and it was the lethal left which scored the winner. 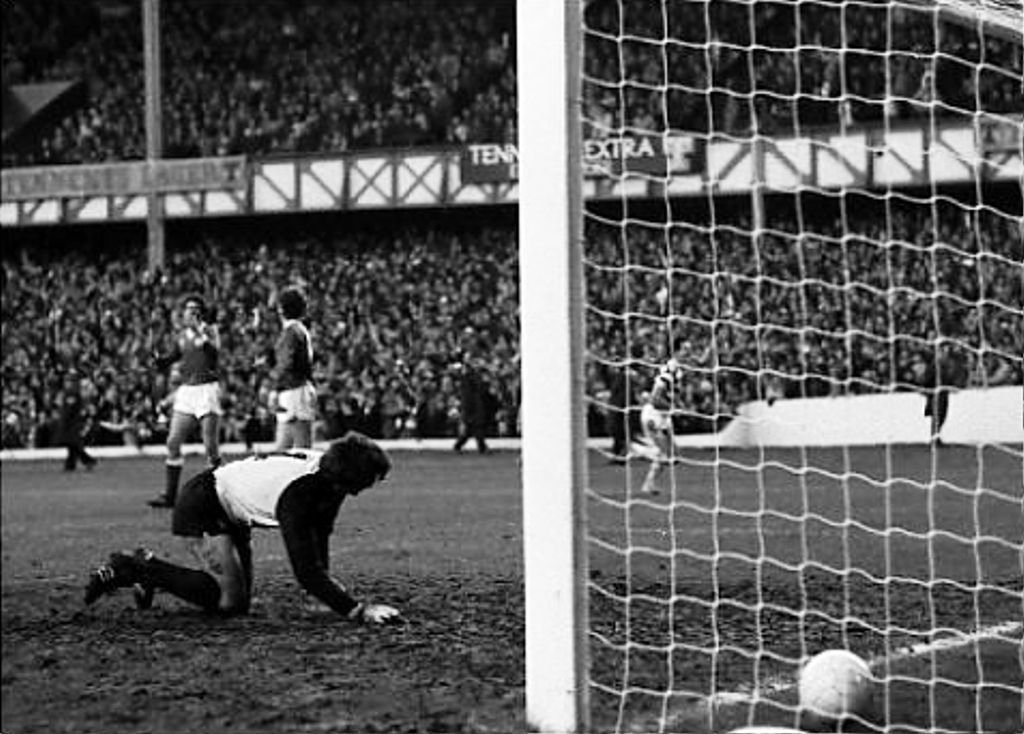 There was a great deal of euphoria in the Celtic ranks that January, but already the seeds of destruction had been sown. On days when there was no football, the press began to outdo each other with stories which did not speculate on whether Nicholas was going to England next year, but to whom he was going, with Arsenal, Liverpool, Tottenham Hotspur and Manchester United all mentioned. 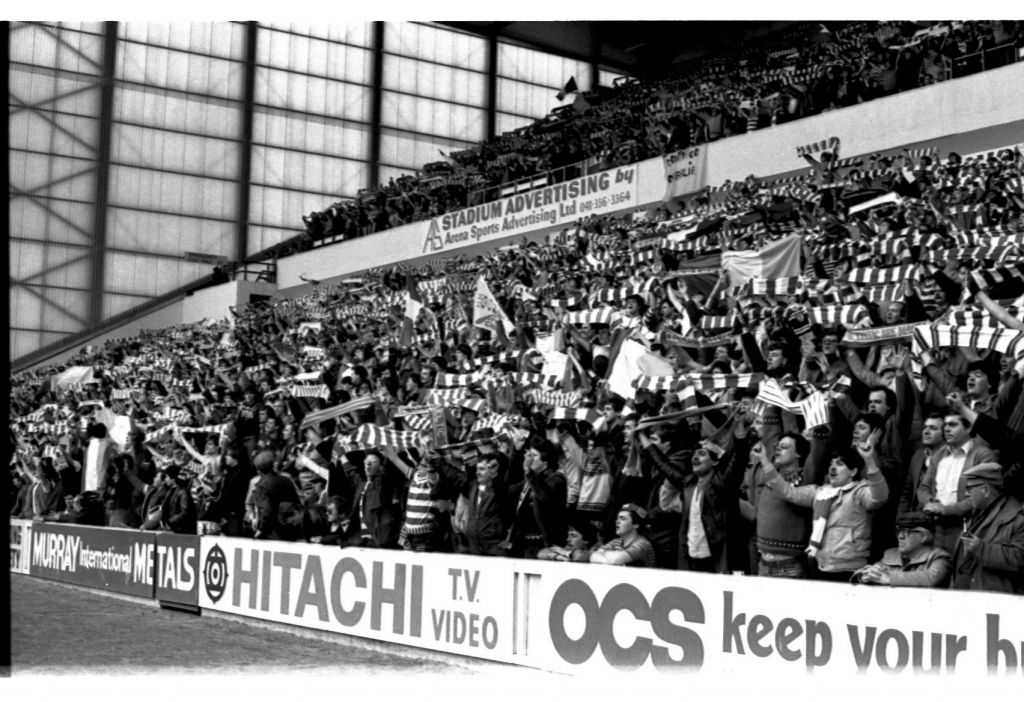 Some newspapers blatantly told Nicholas to go, and we used to get offensive headlines like “Three million reasons why Charlie should go”, a reference to the three million unemployed in Mrs Thatcher’s grim Britain. There was nothing logical in all this; it was merely telling the naive young man that he should make all the money that he could.

To be continued…Part 4 of The Charlie Nicholas Story will be published tomorrow morning on The Celtic Star.