You are at:Home»Latest»The defeat that sent Celtic on their way to win the Quadruple Treble

As Celtic face Rangers at Ibrox in the New Year, it is worth looking back over previous encounters and the effect that they had on season’s gone-by. It is not quite the Ghost of Christmas past, present or future but it is worth looking at a game in April 2016 that saw a penalty kick defeat at Hampden. The game was a catalyst for Celtic steamrolling Scottish football, in many ways that game worked in creating footballing history – by winning the Quadruple Treble.

Brendan Rodgers arrived at a gloriously sunny Celtic Park on 20 May 2016. The Irishman was greeted by a crowd over over 13,000 in the main stand and spilling over to the stands behind the goals. It really was a beautiful day but a far-cry from the muggy mid-April Sunday. Rangers 2 Celtic 2 AET, Rangers won on penalties. A miserable day for supporters but the result lead to a seismic change in Glasgow’s East End, a change that would result in twelve consecutive trophies being won.

Rodgers arrived with much acclaim in May 2016. However, it was a month before that date the wheels began to move for Rodgers’ arrival at Celtic. In a complete contrast from the scenes of jubilation as Rodgers arrived and all that he has achieved in his time since, a downbeat Ronny Deila addressed the press confirming that he’d leave Celtic at the end of the season.

The decision by the Norwegian to resign came on the back of a Scottish Cup semi-final draw then losing on penalties the Championship side Rangers. Under the grey skies of Glasgow’s south side, the Premiership leaders battled their lower league opponents for a place in the Scottish Cup final as the game tumbled towards extra time. Regulation time ended 1-1 after Erik Sviatchenko’s header cancelled out Kenny Miller’s opener.

The game was a mismatch as Celtic peppered the Rangers goal with 33 shots, 10 on target to Rangers’ 9 to 3. Despite this, Rangers dominated possession and Mark Warburton’s side took the lead through Barrie McKay before Tom Rogic struck to take the game to penalties. Celtic failed in their attempts to take the lead through Callum McGregor and Scott Brown in the shoot out but it would be Tom Rogic that missed the vital penalty sending Rangers to the final. 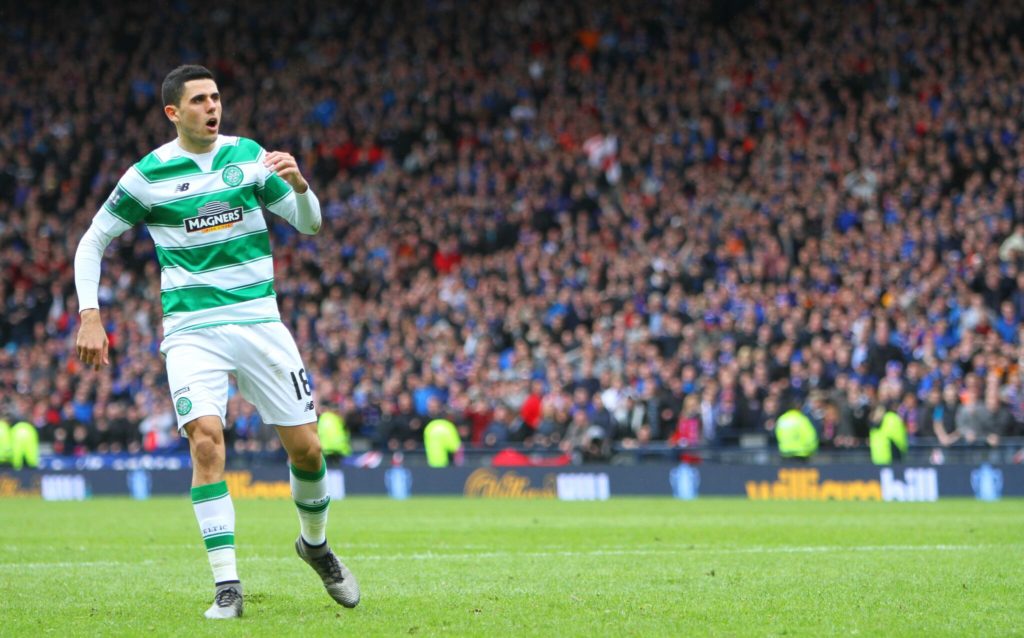 Of those to miss penalties and to suffer heartache at Hampden, McGregor, Brown and Rogic were criticised in the press after missing but the years since Hampden have allowed redemption from that day.

Callum McGregor used Celtic’s second Scottish Cup meeting with Rangers to dispense his revenge by curling a wonderfully worked goal into Wes Foderingham’s net. The helpless Englishman stranded as he watched McGregor’s placed shot with the inside of his left ripple the Hampden net. McGregor simply passed the ball into his net. 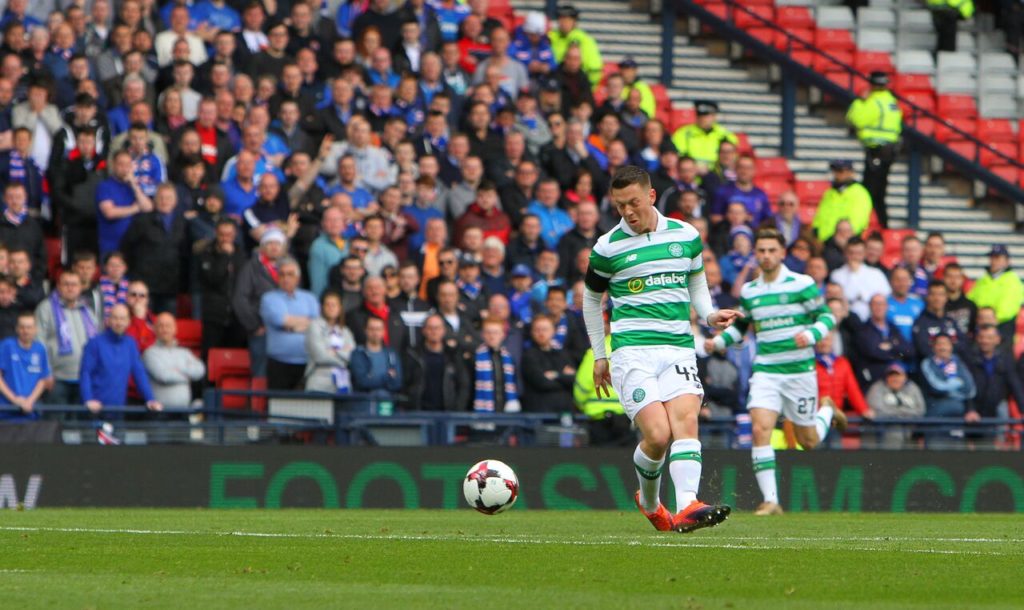 The image of Tom Rogic distraught after blazing the ball over the bar was plastered over the newspapers and social media in the aftermath of that horrible game. However, it would soon be replaced by a truly historic image as late drama in 2017’s Scottish Cup Final ensured an Invincible Treble. The Australian scored the winner after gliding between the Dons players and fired the ball into the net sparking unforgettable scenes. The new image of Rogic at Hampden for me is holding the badge, reeling off in celebration.

Meanwhile, since Scott Brown’s below par performance that miserable day, he has gone to another level. Dominating performances in Scotland and Europe, the midfielder has kept himself fit and maintained a stranglehold over midfields around the country. Brown has kicked on in the last four seasons with people claiming after the game at Hampden that he was finished. He has since proved everyone, including a section of the support wrong.

Since that horrible day in April 2016, Celtic have enjoyed incredible highs under Rodgers and Lennon, a 69 game unbeaten run, an Invincible season and two Champions League campaigns. It is worth mentioning that our Glasgow rivals took the hump at getting beat at their own ground that they decided to cut our allocation. This season has been tough and challenging at times this season but the defeat proves that even in what might appear to be the worst times, change can be made with ambition in mind and we can reap the rewards.

The heartache of Hampden, has been replaced by joyous memories as Celtic have been victories on their visits to the national stadium, including two semi final victories over Rangers but most satisfying was the December Betfred Cup final when Jullien scored and Fraser Forster saved a penalty as Rangers dominated the game but left empty-handed. The 2016 Scottish Cup no longer is remembered for that painful defeat, it is remembered for Hibs remarkable win in injury time. But the 2017, 2018 and 2019 finals are remembered as Celtic successes and hopefully the 2020 Scottish Cup, whenever we get a chance to play it.

And Hibs remain the last side in Scottish football to (outside of Celtic) have won a major honour. Since the Scottish Cup final in 2016, Celtic have won 12 trophies in a row and the Quadruple Treble has been sealed. Another team will lift the League Cup after Ross County beat Celtic but the lesson to be learned from the defeat to Rangers is that with the ambition of the board, a vision for the club and the dedication to that vision – great things can be achieved.

Previous ArticleThe Last Match That Celtic Ever Played On Christmas Day
Next Article Opinion: How Celtic can fix their transfer window woes?