You are at:Home»Latest»The End is Nigh! Exit door looms for Celtic’s forgotten man, Scott Allan

NEIL LENNON plans to make a move for out it favour Celtic midfielder Scott Allan when the transfer window opens at the end of the month.

Signed by Ronny Deila from Hibs the cultured midfielder has failed to win a place in the Celtic midfield under the Norwegian boss or his successor Brendan Rodgers.

He did go to out on loan to Rotherham and Dundee before enjoying a return to Easter Road last January and this was a very successful period for the player. However Lennon failed to make a move for Allan in the summer as the bad feelings between Celtic and Hibs over the transfer saga for John McGinn seemed to get in the way. 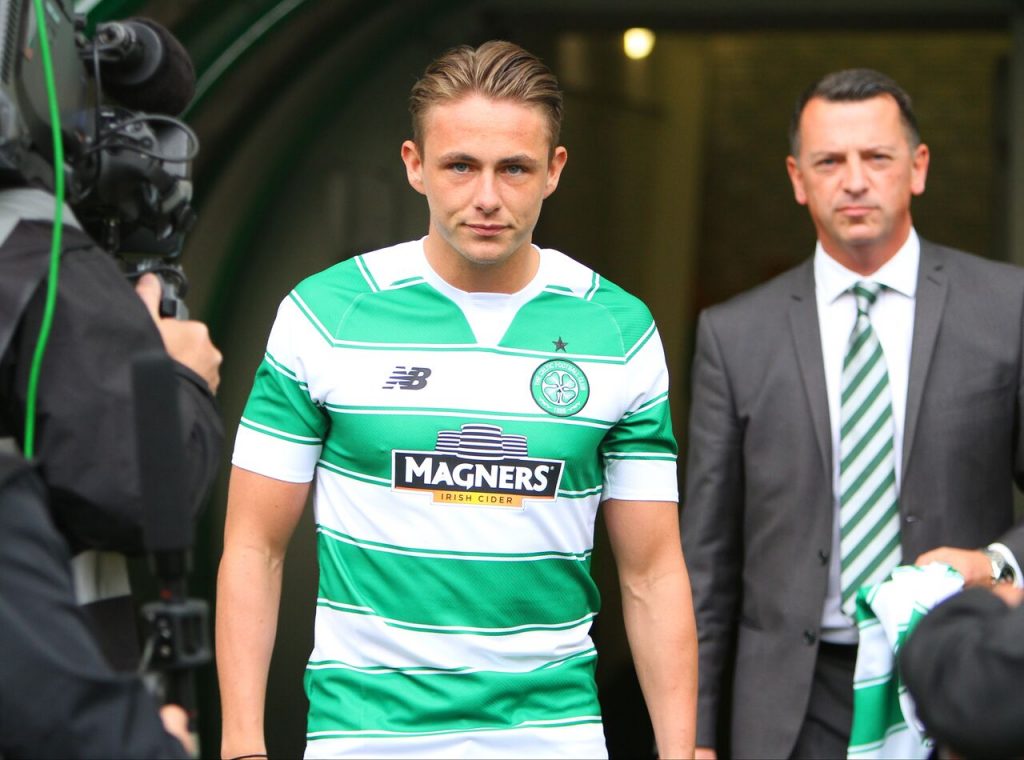 Hibs then started the season well without both McGinn – who got fed up waiting on Peter Lawwell (in June and July Aston Villa were in no position to sign anyone), and Allan but their form has dipped alarmingly in recent weeks. The former Celtic manager also saw the ex-Celt Dylan McGeough leave on a Bosman in the summer and he was possibly his best performer in the Hibs midfield last season.

Lennon has subsequently bemoaned the loss of these players and is now openly discussing making a belated move to bring Allan back to Easter Road – the place where he’s been happiest and played his best football.

His time at Celtic has certainly made him a rich young man but with his contract ending in the summer he might now be prepared to cut his earnings to play some football and Neil Lennon is clearly his best bet for that to happen.

“Scott’s under contract. I don’t want to start headlines. He’s a player we like,” Lennon said in his media conference ahead of the visit from the Champions this lunchtime.

“These kinds of players cost a lot of money but if there was an opportunity there we’d look at it, obviously.

“I’ll definitely look at a couple of areas which will help with the way we want to play and I’ll try and find the right type to come in and do that.

“It’s been a funny season – it’s fluctuated for a lot of teams.

“We had a good start and then a pretty poor run by our own standards and hopefully we can start picking up points again.”