You are at:Home»Latest»The Free Broomloan in Full Voice, another Glasgow Derby Domination Day for Brendan Rodgers

On this day four years ago, Brendan Rodgers and his Celtic side rode up to Ibrox stadium to produce another dominant performance over new city rivals in the Glasgow Derby.

Celtic supporters had started to get used to lording it over club founded by Charles Green in 2012, with this trip in mid-September the latest in a gluttony of strong results over the five year old foe.

Goals from Tom Rogic and Leigh Griffiths were not enough to tell the whole story, as Celtic once again exerted authority over the latest flailing Ibrox club.

The first goal was from the Wizard of Oz; scoring yet again in what was a purple patch against theRangers. After a corner was cleared and broke to fan favourite Patrick Roberts, his rather tame attempt made its way through a stramash in the box – with Rogic quickest to react, firing home past their beleaguered goalkeeper Foderingham.

Then, to top off a great afternoon in the South Side, who else but the maligned Leigh Griffiths to put theRangers to the sword and all but finish the game. After Callum McGregor cleaned up in midfield and found Patrick Roberts with a forward pass, Roberts then cut inside to release a delicious reverse pass for Griffiths, who made no mistake lashing the ball past theRangers ‘keeper. 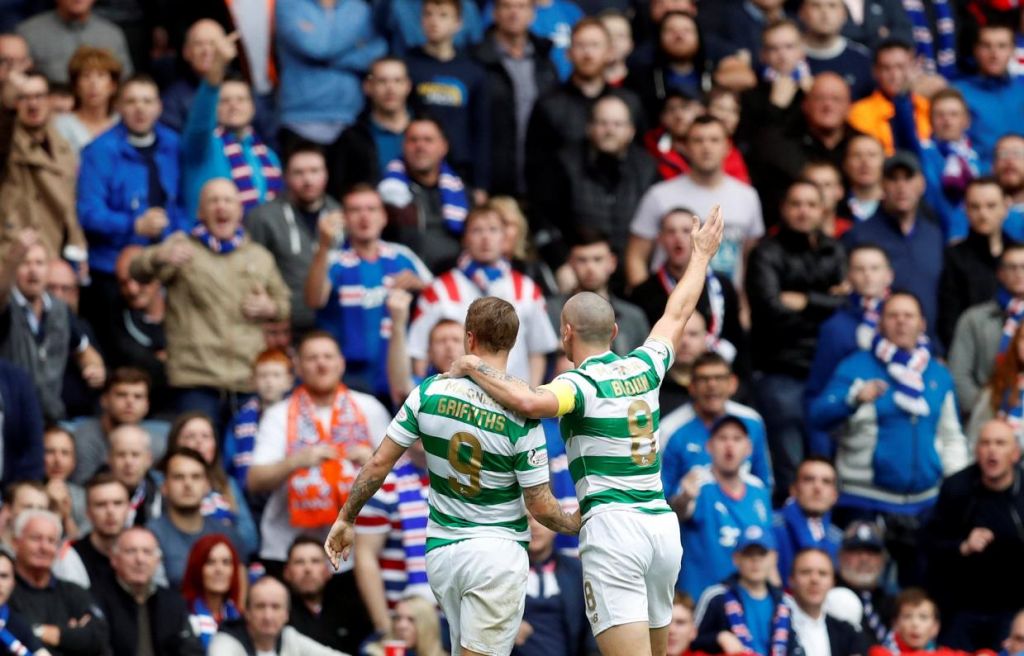 This would also be a day where our skipper, Scott Brown, would tell mad Pedro Caixinha where to go. The Portuguese manager was apparently upset with a challenge Brown had made earlier in the match, and tried to reprimand Brown at Half-time. Brown as usual didn’t back down and it made for interesting viewing.

Days like this should truly be cherished. Remind yourself of that Celtic team’s superiority with the highlights below and remind yourself why Rodgers decided to leave and who drove him out of our club…heard he’s being linked to the Barcelona job this week.

Celtic On This Day – 2nd August – David Potter’s Celtic Diary
John ‘Yogi’ Hughes “joins the ranks of those will be immortal as long as there’s a Glasgow Celtic”
“I have to be strong enough to make the decisions,” Kyogo