Celtic completed a 2-1 victory over Aberdeen this afternoon in bizarre fashion. Callum McGregor scored the winning goal when a block from Hayes’ clearance struck his back and ricocheted into the net! 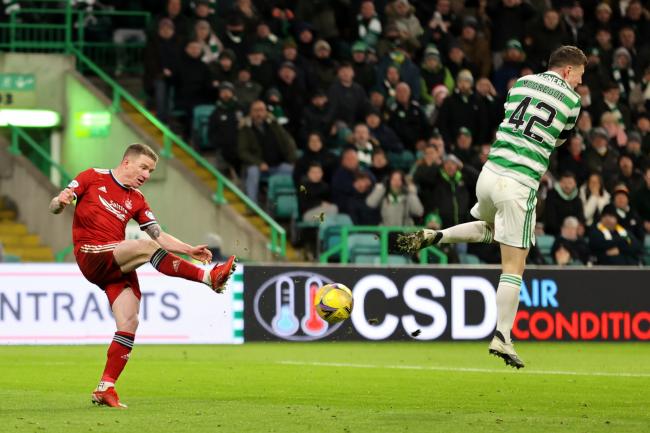 Although there was a hint of good fortune about the way in which Celtic regained the lead, it was no more than the Hoops deserved as Ange Postecoglou’s side had previously been pegged back by a penalty kick, which resulted from a poor refereeing decision.

The incident in question involved Liel Abada and David Bates. The Aberdeen defender overran the ball in the box and Abada appeared set to make a challenge for the ball. However, upon realising he would not get there first, the Israeli withdrew his tackle and pulled his foot away. Replays clearly showed that no contact was made, yet Bates proceeded to hit the deck and Kevin Clancy pointed to the spot. (We will upload footage when it becomes available)

Fortunately, justice was done as Celtic retook the lead and won the three points.