You are at:Home»Latest»The Home Of Sport: When Celtic Park Hosted The World Cycling Championships

The Sir Chris Hoy Velodrome sits in the shadow of the colossal Celtic Park stadium, but remarkably little is known of the connection between track cycling and Celtic Football Club.

Celtic Park’s association with cycling dates to the early years of the club and its quest for survival. The club had spent its earliest years raising funds for charities such as The Poor Children’s Dinner and Breakfast Tables, to which it had been instituted. To fund such ambitions, the Hoops needed to find additional sources of revenue to finance stadium maintenance and to pay functional staff. Cycling events were one of a few ideas that the club trialed in 1891, and they provided a vital lifeline.

A year later, in 1892, after ground rent rose by 800% from £50 to £450 per annum, Celtic relocated 500 metres from their original home to a disused brickyard – the current Celtic Park site. The move was a huge operation, which required the assistance of a large volunteer workforce.

The club’s committee held a meeting to look at ways of increasing revenue in their new home, to fund floodlighting experiments and install a press box. The popularity of cycling was discussed and given its previous success with the club, the sport was looked upon as a positive revenue stream. With that in mind, a cement track, as opposed cinder (a feature of many football grounds of the time) was constructed. The track circulated the field and measured at three and a half laps to the mile.

Cycling events took place at the new Celtic Park from 1893, throughout the decade. Headline contests included Scottish/Irish meetings. Scottish Championship winning riders such as R A Vogt even used to practice at the stadium. The decision to build the track proved a success and the vision to act on cycling’s popularity was rewarded, with race attendances regularly surpassing 10,000 people. However, the pinnacle of Celtic Park’s cycling history was still to be reached.

The Track World Championships had been held since 1893 but had yet to take place in the UK. All that, however, was about to change. The cement track, along with the facilities to accommodate enormous crowds, made Celtic Park an excellent choice to host the competition. The Scottish Cyclists’ Union approached the club in 1895, offering £500 to hire the stadium for the World Championships two years later. Significant expenditure would be needed to upgrade the track to championship standard, but the club ultimately agreed once limited company status was secured in March 1897. 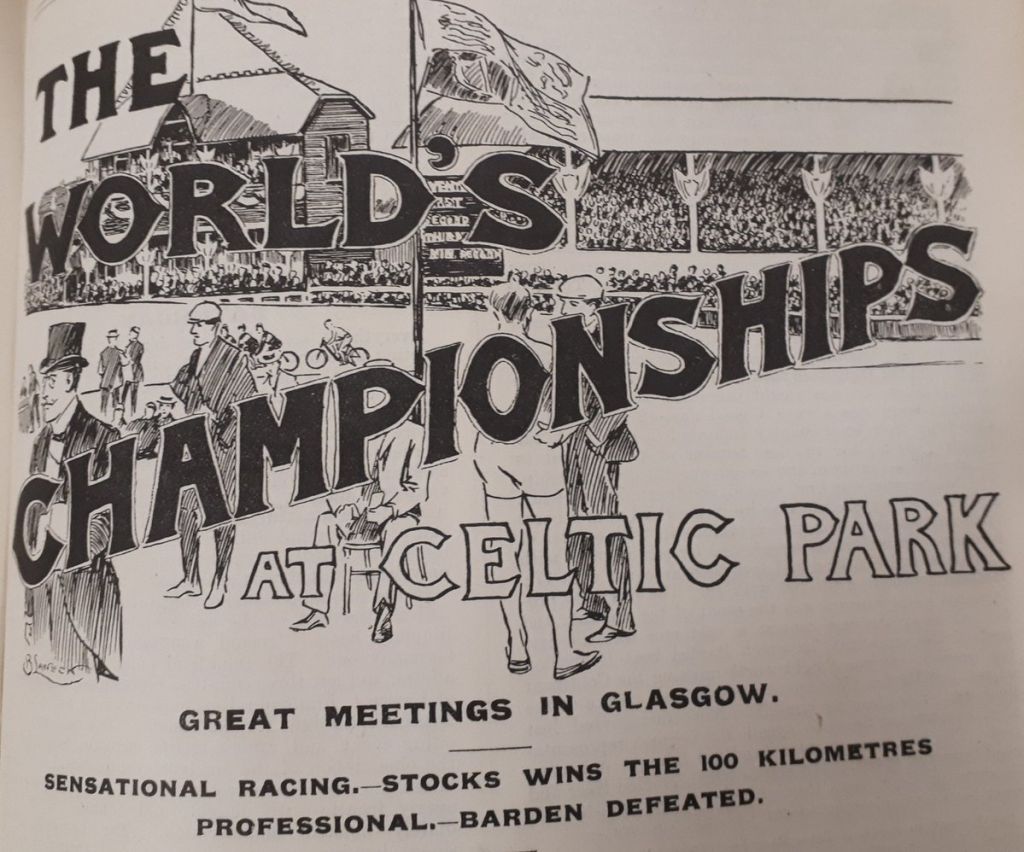 According to contemporary reports from The New York Post, Celtic spent the equivalent of £900 to build banks nine feet high, specifically for the competition. It was a bold decision by the committee to risk so much money, but their confidence again paid off when a crowd of over 8,000 spectators paid entry to the championships. The risk of spending almost double the earnings received from leasing renumerations played a key role in determining the constitutional status of the club.

The debate over professionalism and the soul of the club had been rumbling on at Celtic Park for some time. Yet it is a little-known fact that the prospect of holding major cycling events was also a topic that was used to push for change, by the more business minded committee men such as Joseph Shaughnessy. In particular, at a half yearly meeting in December 1895, Tom Maley attempted to mute discussion on the limited company issue, calling for a separate meeting to discuss such a serious matter, much to the chagrin of those in the room with greater financial foresight. Maley’s obstruction was overruled and Shaughnessy said that limited liability must be investigated given the club’s financial necessities. At this point, John H McLaughlin stepped into the discourse, remarking that £500 from the Scottish Cyclist Union hinged on the outcome of the question, for it would not be plausible to carry out alterations to the cycling facilities without the safety net of having limited liability. Nevertheless, the majority of members were sceptical of such a move, despite being in favour of hosting the World Cycling Championships. 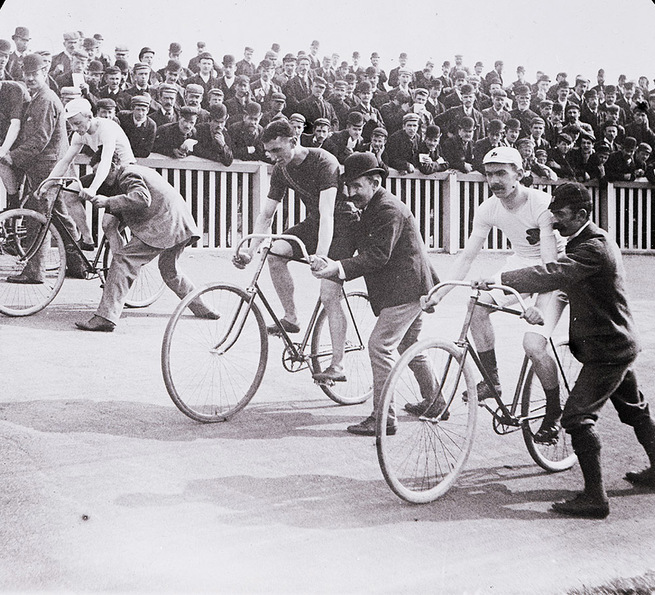 There would be much discussion on the pros and cons of limited companies and the potential impact of such status for Celtic Football Club. The battle turned fierce with those wanting to keep charity as the priority being referred to in such terms as ‘soup kitchen cranks’ and ‘dinner table soreheads’. As the Championships drew closer, cycling was the talking point at the top of the agenda again. On 25 February 1897, the committee told approximately 100 members that they were no longer willing to be subject to personal liability when it came to balancing the books of the club. The outcome of the meeting, chaired by John Glass at St. Mary’s League of the Cross Hall, meant that there was a final choice to be made: either track improvements would not go ahead with Celtic in its current form, or the club would need to become a limited company to facilitate and finance the alterations. As previously alluded, the club was given approval to become a limited company following a meeting back at St. Mary’s on 4 March 1897. This enabled the World Championships and future prestigious cycling events to take place.

As the years went by and Celtic Park underwent various renovations, not least after two fires, the look of the stadium changed drastically. Despite this, a flattened track could still be seen surrounding the perimeter of the pitch up until the 1990s, when Celtic Park was dramatically upgraded to an all-seated stadium with capacity for 60,000 supporters.