You are at:Home»Latest»The Incredible Story of Ronnie Simpson

The Commissioning Editor of Edinburgh Sports Publishing Ltd. leaned across the table at the earnest young wannabee author and said “Yes, I’ve got to hand it to you, Douglas, you have style. Your manuscript is well written, well thought out and very imaginative – in fact maybe too much so.

But even though we say “No” this time, that is not to say that someone else might not take it. It’s good stuff.

This goalkeeper of yours, Ronnie Simpson – his father played for Rangers (nice touch that, as Ronnie had so much to do with Celtic) in the 1930s and Ronnie was brought up in Glasgow during the war and played his debut for Queen’s Park a month after VE Day because the regular goalkeeper could not get away from his service with the Navy.

Yes, good stuff that, nice and topical for 1945! And then he turns professional and joins Third Lanark. Our readers would like that, because they have a lot of sympathy for the poor old Hi-Hi-His. 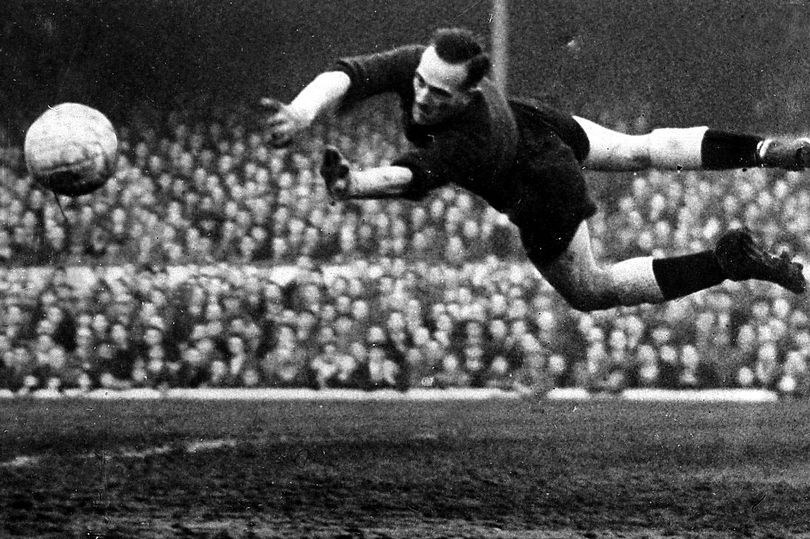 And then he goes to make his name for Newcastle! Great stuff, and it would sell a lot of copies for us “amang a the bonnie lads o the Tyne”. Geordies are great football fans, and you have nice touches with him winning the English Cup twice, meeting Winston Churchill in 1952, and the Queen in 1955 – nice picture by the way of her, she was a bonny woman then – and playing alongside Jackie Milburn and Bobby Mitchell and that great side. Yes I’ve got a soft spot for the Magpies myself!

I like your descriptions of him as “the wee Scots keeper” with the reflexes and the positional sense. You also bring out the atmosphere when they play Sunderland. It’s good stuff. I like your descriptions of the penalties he saved! Aye, aye, Newcastle could do with with more Scotsmen now, I always think, rather than some of the mercenary foreign rubbish they bring in! 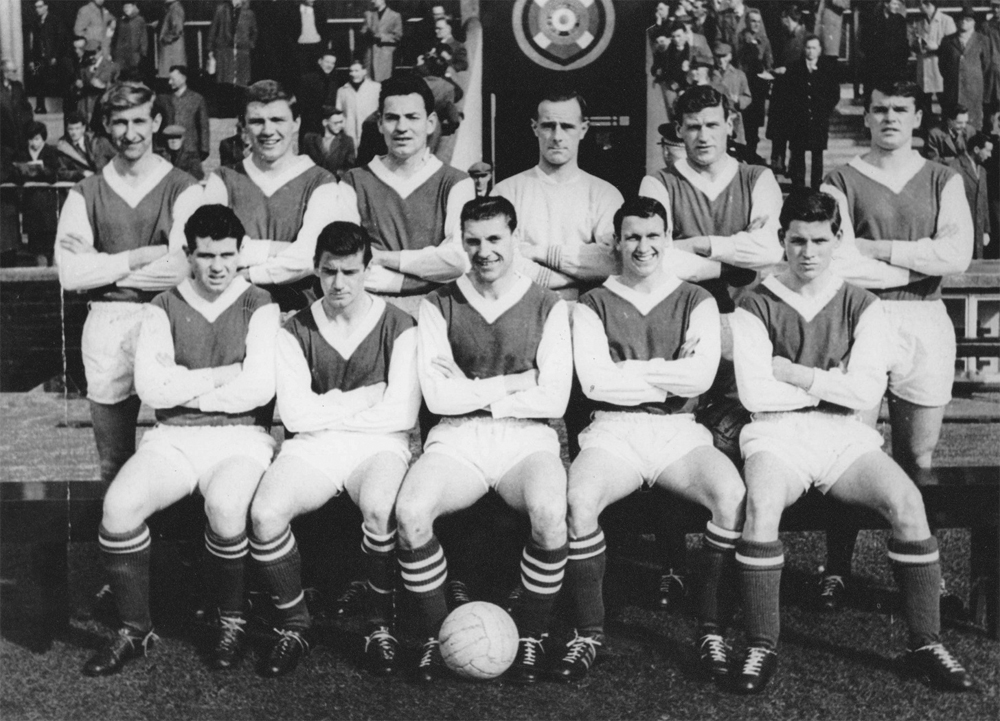 And then, thinking his career over after an illness and an injury with Newcastle your Ronnie Simpson returns to Scotland to play for Hibs. Yes, more great stuff, Douglas – I’m a Hibbee season ticket holder, and thoroughly enjoyed that, particularly when he almost defied Celtic in those Cup ties of 1961, had a few European experiences, and even saved Hibs from relegation in 1963!

Yes, great variety there! Pity when that chap Jock Stein came along and didn’t like him, eventually offloading him to Celtic who are looking for some goalkeeping cover for injuries etc. He is now 34.

Now that was good, Ronnie finishing off his career with Celtic and even persuading his father to come along and support him! I like the bit about old Jimmy Simpson, the Rangers man, sitting with his old rival Jimmy McGrory in the stand at Parkhead – almost a bit of, well you could even call it romance, I suppose! 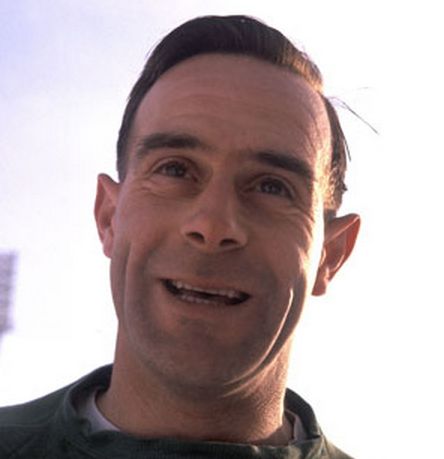 And it shuts up a few bigots! Old Jimmy Simpson even saying “we” when talking about Celtic! But then you really go over the top! The odd trophy would have been good enough, but no, you have to have them winning the European Cup – the European Cup against Inter Milan! – and more or less every Scottish tournament in sight!

And your goalkeeper even shows off a bit in the European final with a silly back heel! And all this while playing for a Manager that couldn’t stand him when they were both at Hibs! You would have to say that this is a bit far fetched, Douglas! He was 36 at the time, as well! 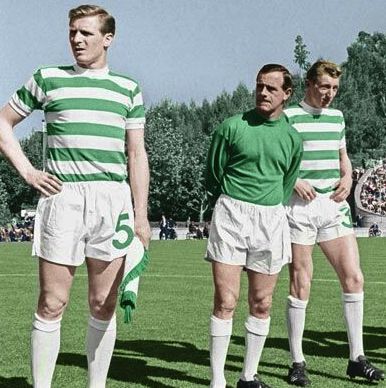 But even worse, before this European Cup final, you give him, at the age of 36, a cap for Scotland! Against England! The World Cup champions! And Scotland win! At Wembley! Oh, how I wish these things could be true! Readers would like this, but there has to be some connection with reality! You even say that the Scotland Manager was the man whose place he took on his debut 22 years ago with Queen’s Park! Come on, Douglas! 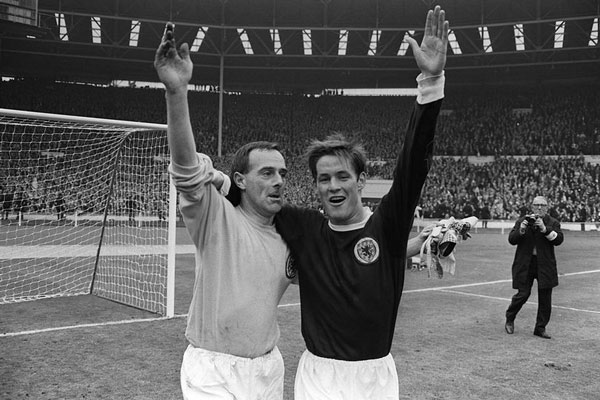 The end of the book is OK. He retires after a shoulder injury and takes up golf. He owns a Sports Shop in Edinburgh, and then becomes a Councillor in Edinburgh. That is OK, but I think you would have to make him a Liberal or Independent, rather than a Conservative. Men who have played for Newcastle United and Celtic are not, by nature, Conservatives! And his last job is as a goalkeeper coach with Dunfermline – well, I suppose that is all right.

He dies in 2004 and such is the crowd at his funeral at the Church in Corstorphine that they have to seal off the main Edinburgh to Glasgow Road for a spell! Oh, and I forgot to say, you even had him playing in the Olympic Games for Great Britain in 1948!

Yes, Douglas, you have a great style, but I’m afraid we have to say “No” to this one! It is just too incredible and far fetched. Maybe take it away and tone it down a wee bit – maybe omit the bits about the Scottish Cap and the European Cup!

Maybe we could have another look in a few months time? Or maybe try some other publishers who have more of an interest in “romantic sport fiction”? But certainly, you have talent and imagination – I couldn’t deny you that! Now, Louise will show you down the stairs…Hope to see you again, some day, Douglas”.

Previous ArticleThis is it Bhoys, this is War – Celtic in War Time
Next Article Video: Van Dijk’s screamer as Celtic let lead slip at McDiarmid Park