You are at:Home»Latest»“The lights are dimming and the last song is about to be played,” Ange Postecoglou

Ange Postecoglou provided an update on Josip Juranovic who looks set to complete his transfer to Bundesliga highflyers Union Berlin over the next few days. The German side’s offer was accepted by Celtic on Friday afternoon and the player will travel to Berlin today to undergo his medical.

Juranovic was in the Main stand with his agent yesterday afternoon at Celtic Park enjoying watching his final game as a Celtic player as the Hoops booked their place in the Fifth Round of the Scottish Cup with a 5-0 win over the well supported Greenock Morton.

“He’s been given permission to travel and he’ll have a medical with Union Berlin. I assume that if all goes well then he’ll move,” the Celtic manager said before adding his own thoughts on the contribution the popular Croatian full-back has made at Celtic since arriving from Legia Warsaw in August 2021.

“I think he’s been fantastic, I’ve loved working with Josip,” the Celtic manager said as reported by Glasgow Times. “He’s been a really popular member of the dressing room, he’s been a key contributor last year to what was a very, very important season, in the context of what had happened the season before. 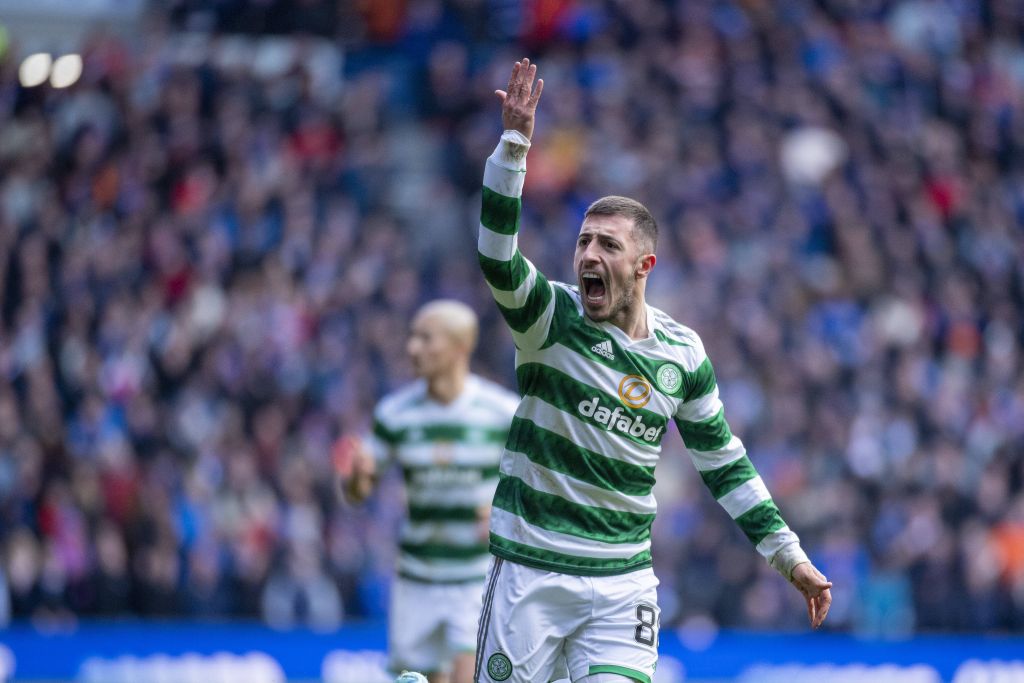 Josip Juranovic of Celtic shouts to Celtic support during the Cinch Scottish Premiership match between Rangers FC and Celtic FC at on January 2, 2023 Photo by Richard Callis/SPP

“The fact we had to rebuild the team and get back to where we wanted to be in terms of champions then he was a key component of that. With all of the lads, I’m constantly in dialogue with them about themselves and their careers and people have to appreciate Josip is 28-years-old but he hasn’t really got to the highest level until late in his career.

“I think he just wants to maximise his opportunities, to be honest, I agree with him. That’s what all of us have in our careers, a limited time and we want to take opportunities,” the Celtic manager explained.

Postecoglou continued: “He leaves here as a fantastic player and as somebody who contributed to what was a really important season for us. I certainly wish him well and I hope he goes over there and kills it. He’s very well respected within our dressing room and will be missed but that is the nature of football.” 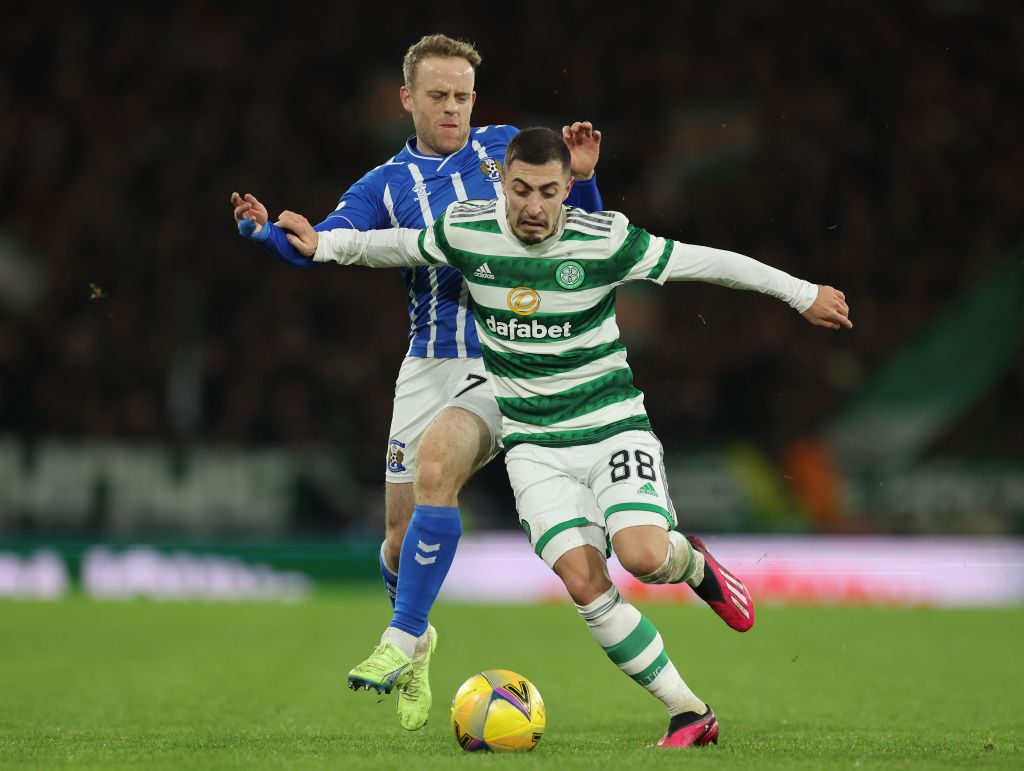 Josip Juranovic of Celtic vies with Rory McKenzie of Kilmarnock during the Viaplay Cup Semi-final between Celtic and Kilmarnock at Hampden Park on January 14, 2023 in Glasgow, Scotland. (Photo by Ian MacNicol/Getty Images)

"I think he's been fantastic, I've 𝙡𝙤𝙫𝙚𝙙 working with him"

Celtic manager Ange Postecoglou says that Josip Juranovic leaves Celtic as a 'fantastic player' and he was a 'key component' of getting Celtic back to where they wanted to be 💚 pic.twitter.com/Vn3YO7juPY

Ange, in commenting on the transfer fee, believed to be an initial £7.5m rising to £10m with various add-ons, also referred to his briefing given to the Celtic shareholders and supporters at the Celtic PLC AGM last November when we warned us that his plans to build the club into one competing successfully at Champions League level year-on-year is going to involve buying, developing and selling popular players in order to fund the improvements with the profits from such deals. So here we are on that, and few of any Celtic supporters have any issue with this strategy.

“I said at the AGM we have just got to be really agile and aggressive in the transfer market if we want to make the gains we want to make,” Ange reminded us all yesterday. “I get that it is unsettling and disconcerting, particularly for our supporters, because they love these players, and I totally understand that.

“But my role is to try to make decisions that I think are best for us and our continued growth as a football team, and realising when an opportunity comes along we have to be ready to take it. That’s what we have done with Josip. I don’t think there needs to be winners and losers out of this. 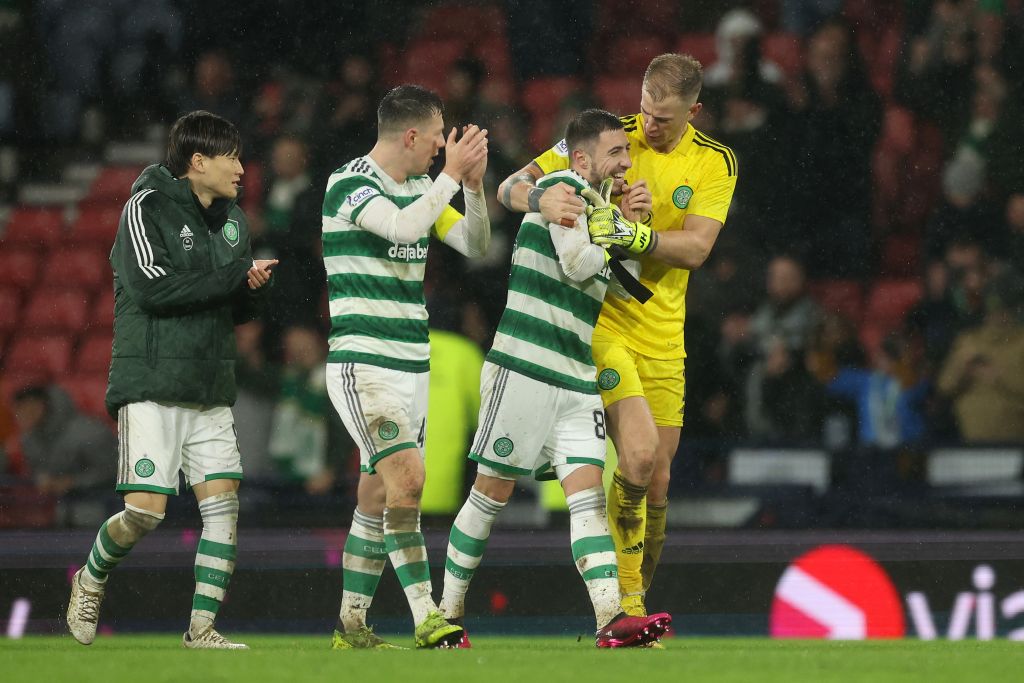 Josip Juranovic of Celtic celebrates with teammate Joe Hart following his side’s victory in the Viaplay Cup Semi-final match between Celtic and Kilmarnock at Hampden Park on January 14, 2023. (Photo by Ian MacNicol/Getty Images)

“I can’t question Josip’s contribution, he has been fantastic. Josip has absolutely loved his time here and he will remember it fondly and he gets an opportunity to do further things in his career and for his family.”

With Giorgos Giakoumakis pretty much in the same boat at Juranovic – the Celtic manager left him out yesterday as he didn’t think that the Greek striker, also a big fans favourite at Celtic – was in the right frame of mind to play against Morton with his own move all but sorted.

“He had that little niggle,” Ange admitted. “He trained on Friday but it’s fair to say there is a fair bit going on with him in the background as well and my view is that it’s not just about the physical but the mental too.

“I had a good chat with him and until he gets some clarity about what’s happening with him, I think as well as the physical stuff I thought it was better to leave him out.” 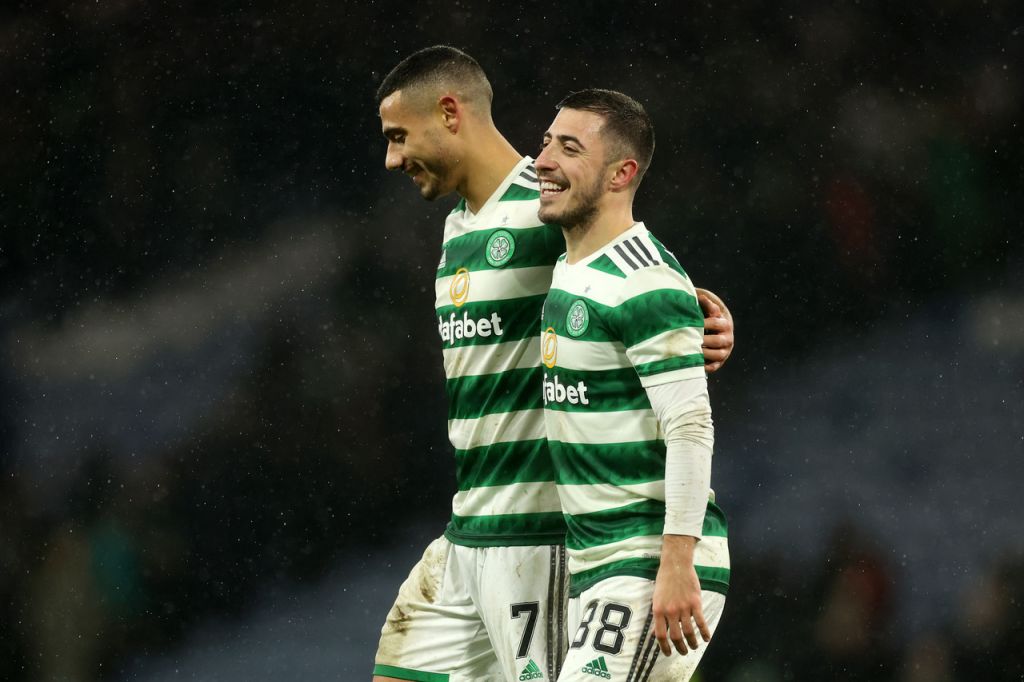 Goodbye Bhoys, thanks for everything

With Juranovic and Giakoumakis both set to leave Celtic this week, there will be movement in the other direction as Celtic remain active. Alastair Johnston was of course already signed as a right-back replacement in waiting for Josip but the Giakoumakis replacement has yet to be confirmed but no-one is going to say, “Oh, didn’t see that one coming.”

Postecoglou made a joke of all that saying: “We are progressing things and there is only a week to go whilst we continue this weekly dance we do. The lights are dimming and the last song is about to be played and we can all go home and have a nice lie down. But everything will happen in the next couple of days hopefully.”