You are at:Home»Latest»The perils of knock-out football and the Scarf-chucker at Celtic Park

LOSING at the same stage of the Europa League to Zenit Saint Petersburg and Valencia over the previous two seasons did not derail Celtic’s treble winning aspirations in any way and we certainly could not detect any lessening in the scale of celebrations as first the Double Treble then the Treble Treble were both secured.

A terrible goalkeeping error in St Petersburg contributed significantly to wiping out Celtic’s first leg advantage and as in Valencia a year later, the underdogs in the cup tie – at the knock-out stages (ie Celtic), were eliminated without too much fuss. 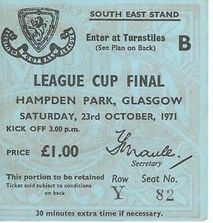 The first cup-tie I can remember attending was a League Cup Final at Hampden had a Celtic team as follows: 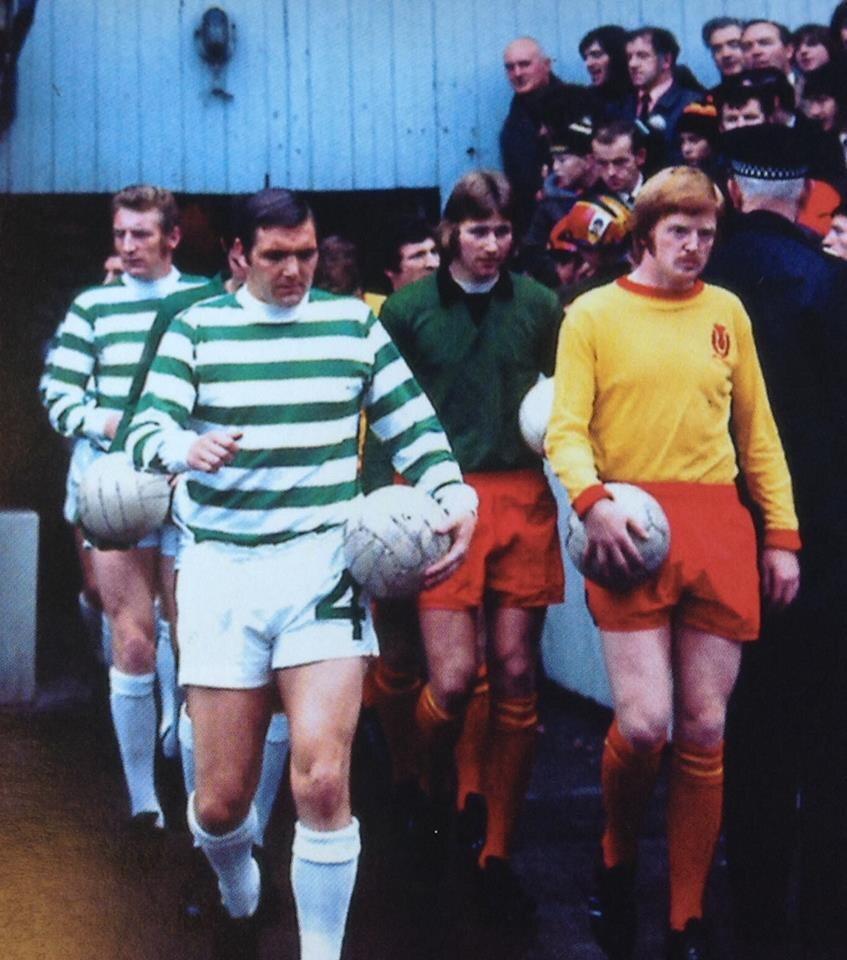 Despite that myself and the other Celtic fans in a crowd of 62,740 didn’t feel the need to chuck away our scarfs. I was 6 and that was my most cherished possession so it was going nowhere.

On Thursday night at Celtic Park someone at the end actually threw a Celtic scarf onto the pitch!

What a disgraceful thing to do and hopefully that ‘supporter’ – presumably only at Paradise for the big occasions – won’t be back anytime soon. These players have not suffered a defeat in knock-out football domestically for over three seasons and even with that starting eleven mentioned above, shocks can happen.

These Celtic players have contributed to winning TEN consecutive trophies and are on the cusp of delivering NINE in a row, and somehow throws away their scarf!

Niall mentioned Lady Luck looking the other way in his article yesterday. She certainly was active at the League Cup Final back in December so perhaps she was due a night off. Callum McGregor’s goal should have stood, both Mohamed Elyounoussi and James Forrest should have scored in the first half. If Lady Luck was at the game that one that bounced off Tom Rogic would have hit the other side of the post in a first half when Fraser Forster was a spectator. 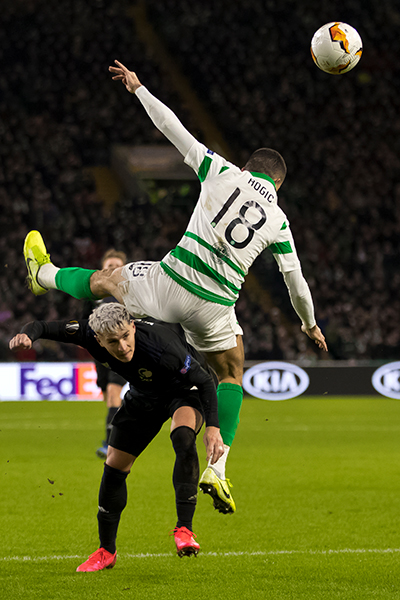 The defensive errors in the second half were freakish, Jozo’s as bad as the Dorus de Vries one in St Petersburg, but even then Jullien would have cleared if he didn’t lose his footing at the wrong time.

Rogic’s short header towards Broony as Celtic looked to finish it in the 90 minutes rather than wait for extra-time, caught his team-mates out and Kristoffer Ajer was to endure his worst few moments in a Celtic shirt yet. Hell, he’s been a boy doing a man’s job for years.

The first game I can remember watching on television was the European Cup Final in 1970 and with game heading to a replay Billy McNeill had his “Kris Ajer” moment – it happens to central defenders now and again. It happens to them all. 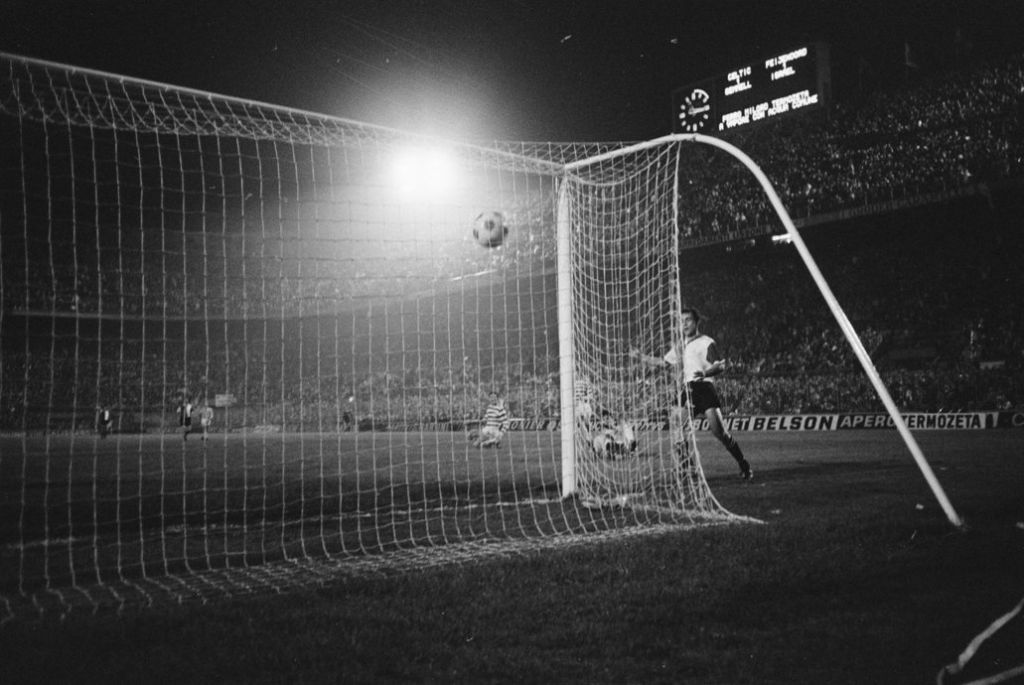 More concerning is the fact that twice this season we have been unable to handle the situation when we have had a 1-1 result away from home in the first leg and gone on to lose the second leg. And on both matches Neil Lennon and John Kennedy have perhaps over-thought the situation.

Play our own game and see if that works first. On Thursday Frimpong should have been at right back – against a team sitting in who were no threat to our keeper Fraser Forster – and Leigh Griffiths should have started alongside Edouard. The other names on the team sheet should have been Jullien, Ajer, Taylor, Bitton (Brown was not fit and was not needed when half fit), McGregor, Forrest and Rogic.

That team with Bitton sitting in a midfield diamond with Forrest to the right, McGregor to the left and Rogic (swapping over for Elyounoussi as neither are ready for 90 minutes) would have worked and we’d have won that game comfortably. 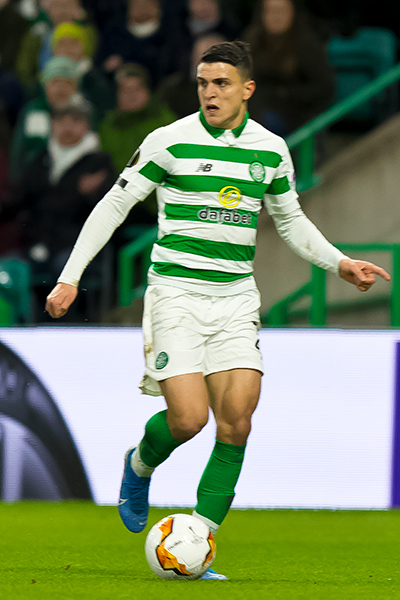 But it’s gone, we’re out and the focus has got to turn our attention to St Johnstone in the Scottish Cup. Winning a fourth treble would be frankly, astonishing. The spoilt brat who chucked his scarf presumably won’t be there but the away support will, filling three stands and the team will not be short of encouragement.

Tommy Wright’s side got a 2-2 draw last weekend against the Rangers, whose progress in the Europa League to the round of 16 means that they have two hugely difficult games against German Bundesliga side Bayer Leverkusen. The first leg at Ibrox is scheduled for Thursday 12 March, with the second leg a week later with Celtic’s visit to Ibrox sandwiched in between these ties.

That is as tough a week as you can get for Steven Gerrard’s side and Celtic should be looking at taking full advantage as we eye NINE in a row.

McDiarmid Park was the ground that Celtic lost on before going on that long unbeaten run through the Invincible Season. It was a dead rubber game in May 2018, the last away match under Ronny Deila and despite taking an early lead through Leigh Griffiths, St Johnstone came back into it after a Stefan Johansen mistake allowed them to level the scores. The game finished 2-1 to St Johnstone. That night I had arranged to take Tommy Gemmell (who played in that shock defeat to Partick Thistle ) to the game (I had just about forgiven him) and he was super keen but when the time came he wasn’t able to go, what a lovely man Tommy was. He used to talk to me about one or two other games but I’d always ask him about Partick Thistle.

Since losing that game on that lovely May evening in May 2016 Celtic haven’t had any trouble winning in Perth but shocks happen, Lady Luck can indeed look the other way so Celtic need to make sure that there’s no opening for her to intervene again.

And regardless of the result, the away support won’t be throwing scarfs. COYBIG