April 1979 began with another hard-earned victory at Fir Park, in the rearranged Ne’erday fixture, where a rare Danny goal lit up another man-of-the-match performance from the comeback captain. A late Bobby Lennox penalty proved decisive in this midweek seven-goal thriller, with a comfortable home victory over Thistle on the Saturday then lifting Celts to fourth in the table.

Celtic headed to Tannadice the following Wednesday, for a critical match with League leaders United, where despite going ahead through a Vic Davidson header, the points stayed in Dundee thanks to a late Dodds winner. Ten points behind with ten games to play, it was a sombre journey home. 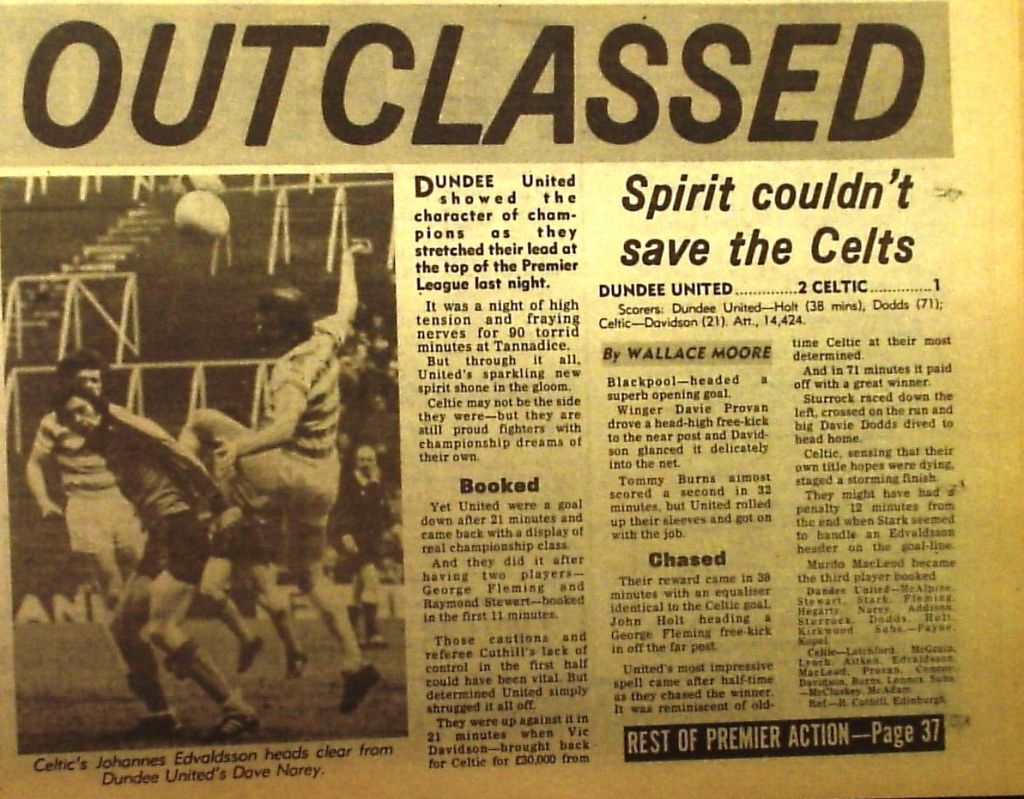 However, things would take a turn for the better on the Saturday, at a packed Love Street, where a fabulous strike from George McCluskey settled the issue there, as news filtered through that relegated Motherwell had beaten Rangers, enabling Celtic to nudge ahead of them into second place on goal difference. 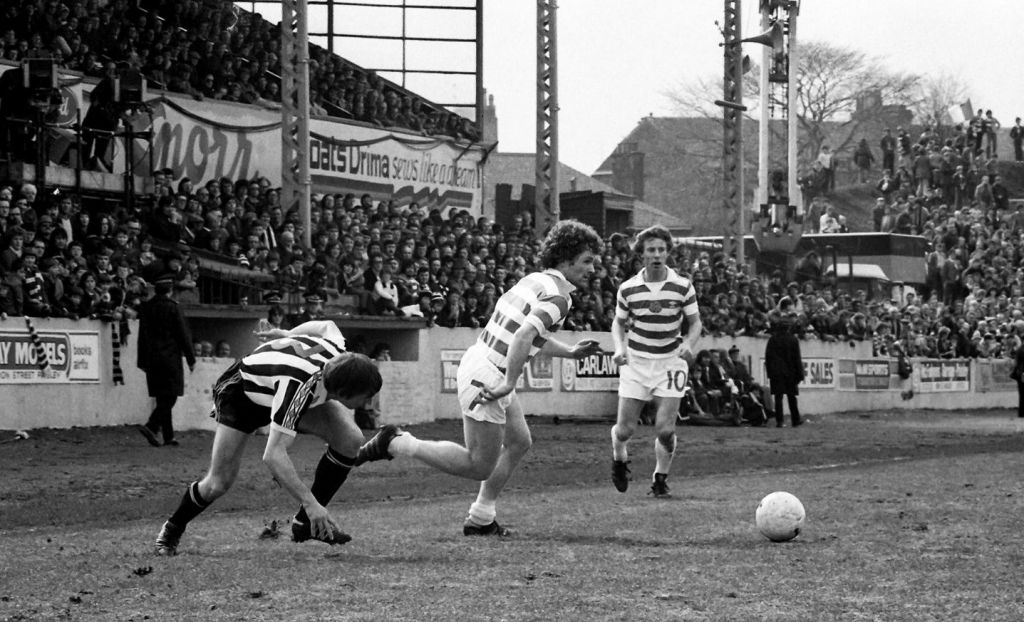 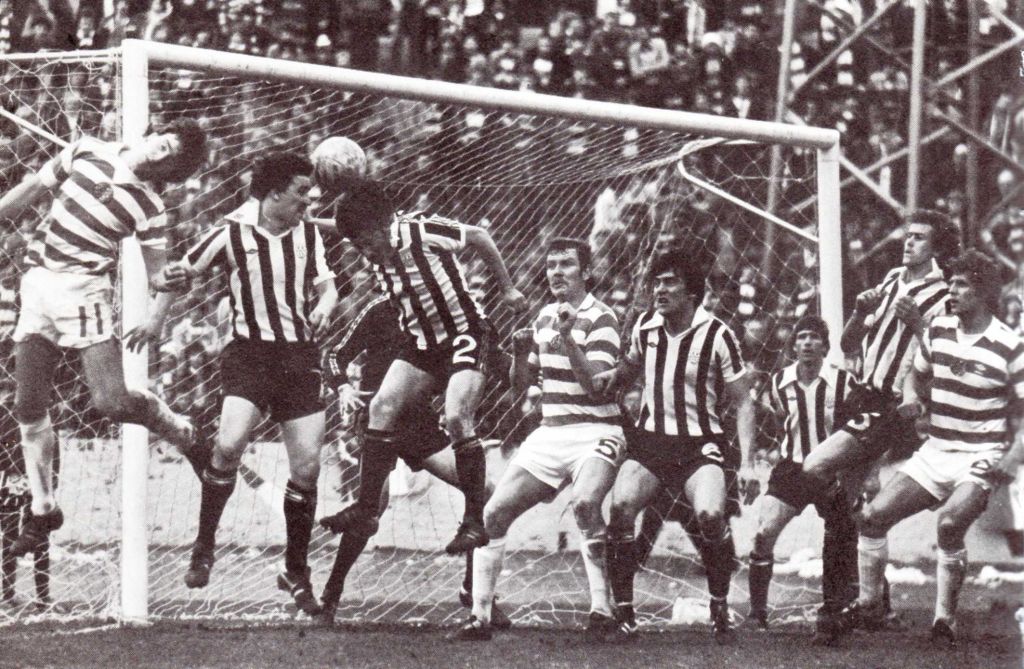 The feel-good factor continued in midweek at Tynecastle, with a three-goal victory, which kept the Celts in contention and plunged Hearts towards the drop zone, the final goal one of the finest scored for his beloved Celtic by substitute Tommy Burns, a great man very much in our thoughts at this time.

A difficult run of away fixtures continued at Pittodrie, against fourth-placed Aberdeen, with an Andy Lynch penalty cancelling out Strachan’s opener to earn a hard-fought draw, thus allowing Rangers to sneak back into second spot in the table, in the tightest flag race in years. Events took another huge twist on the Wednesday night. With fifteen minutes to play, Celtic trailed to a Frank McGarvey strike at Parkhead. 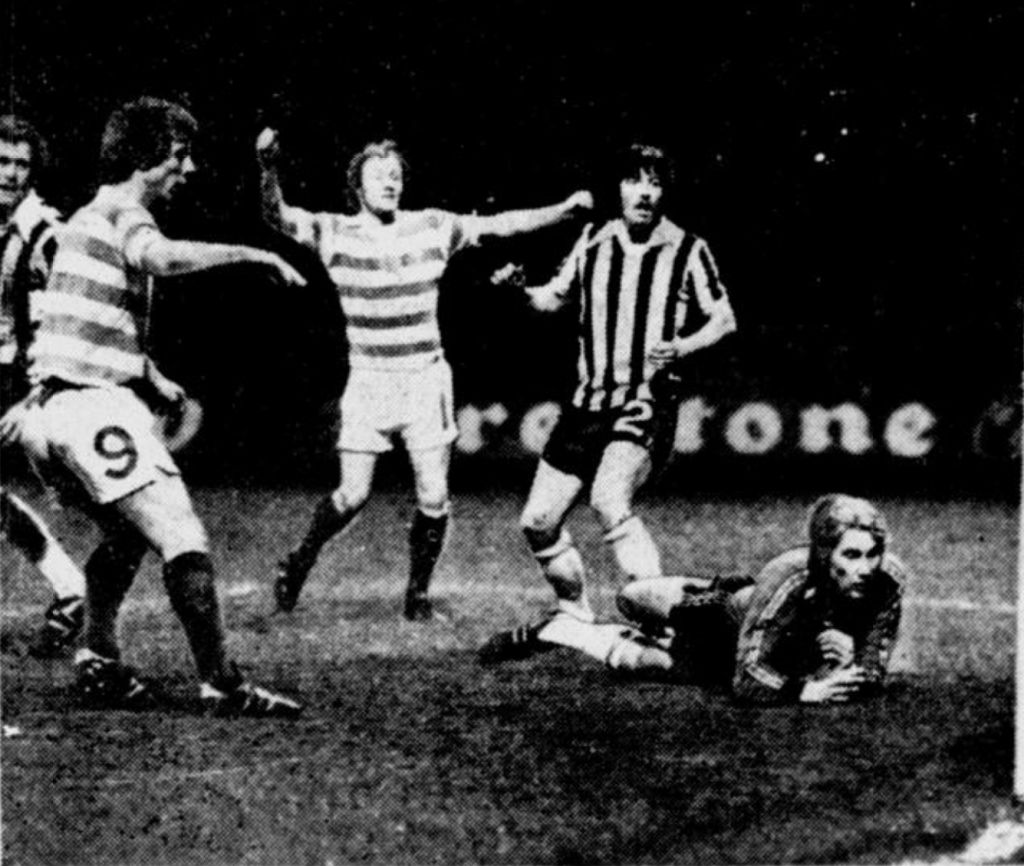 However, late goals from Shuggy and the Bear secured a vital two points against St Mirren, as Rangers lost at Pittodrie. It was now ‘Game On’ and momentum shifted to Celtic, as United headed to Glasgow for a top two showdown. The recent Tannadice proceedings were reversed, as Celtic overcame another Dodds counter to win 2-1, thanks to a Doyle header and another spot-kick from Lynch, in front of a near-40,000 crowd. 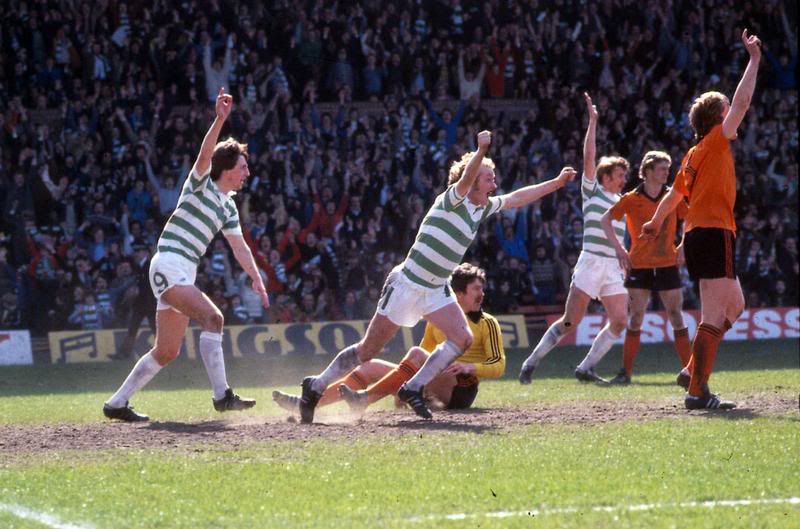 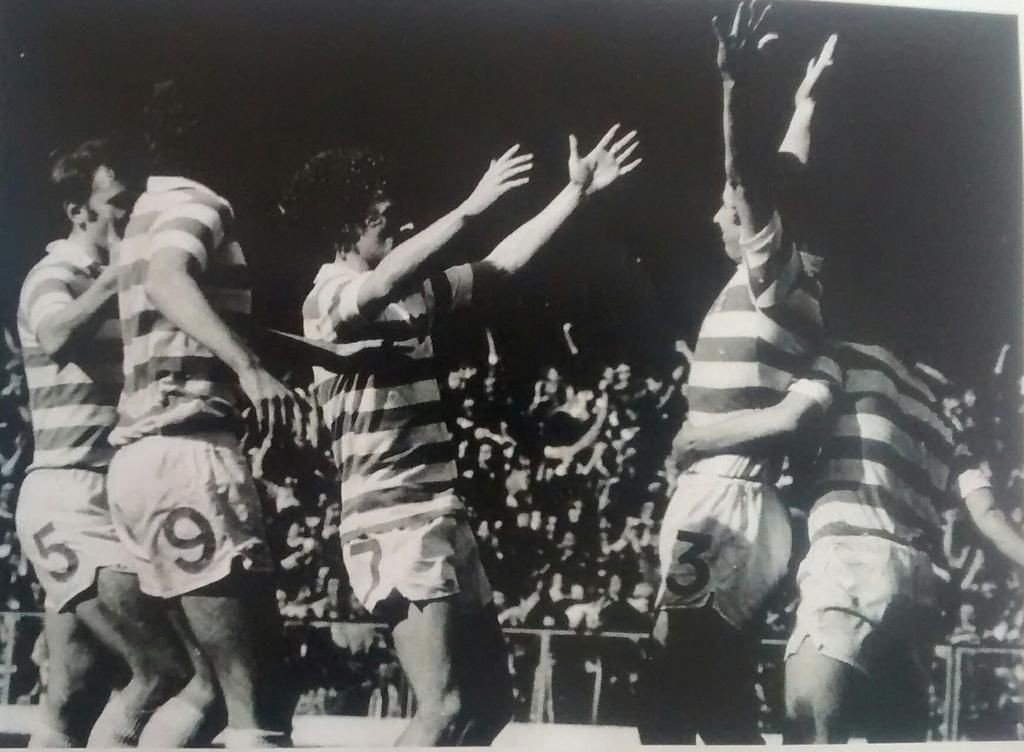 United were still five points ahead, although, crucially, Celts had five games in hand. Rangers were one point behind us, having played the same number of games but with a home derby to come. Aberdeen and Hibernian were tied two points further back, however, both were running out of games and their title challenge would now fizzle out.

A midweek home victory over Hibs set up a critical away test with Rangers, the following Saturday, in a game postponed from March and again played at Hampden, with Ibrox still out of commission. Celtic paid the price for a poor performance, a scrambled goal from midfielder Alex MacDonald being enough to win the match, allowing Rangers to move one point ahead. With four games to play, one of them crucially against Rangers at Celtic Park, the position was crystal clear, maximum points would be required to lift the title. 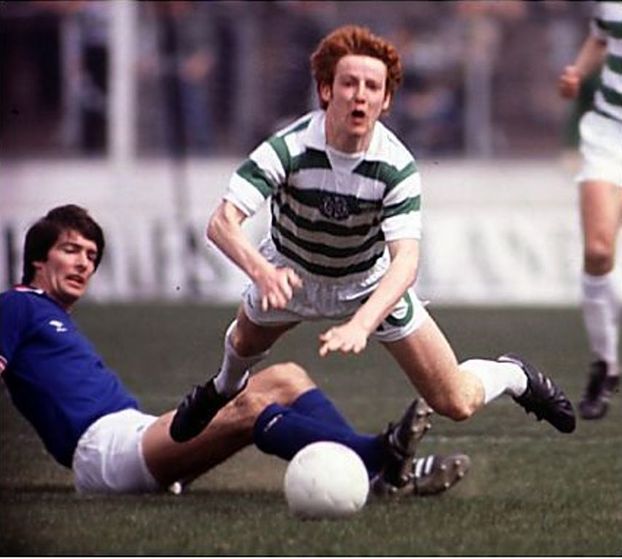