You are at:Home»Latest»The Return of Peter Lawwell – The Pros, The Cons & Everything In Between

In a move that surprised absolutely no one, Celtic confirmed last week that former Chief Executive Peter Lawwell will return to the club as Chairman in January 2023.

This is an issue which completely splits opinion amongst the Celtic support. Many maintain that Peter Lawwell should be nowhere near the club following the failings of the 2020/21 season and his subsequent exit. Some think the man who presided over 29 trophies, including 13 league titles and a Quadruple Treble can do no wrong. And others still are somewhere in between!

We take a closer look at Lawwell’s imminent return and what it could mean for the club. Could it derail the progress Ange is making? Why wasn’t it announced at the AGM? And have Celtic failed to read the room once again?

This discussion is part of the latest episode of The Celtic Exchange Weekly which is released as a full audio podcast every Tuesday morning. 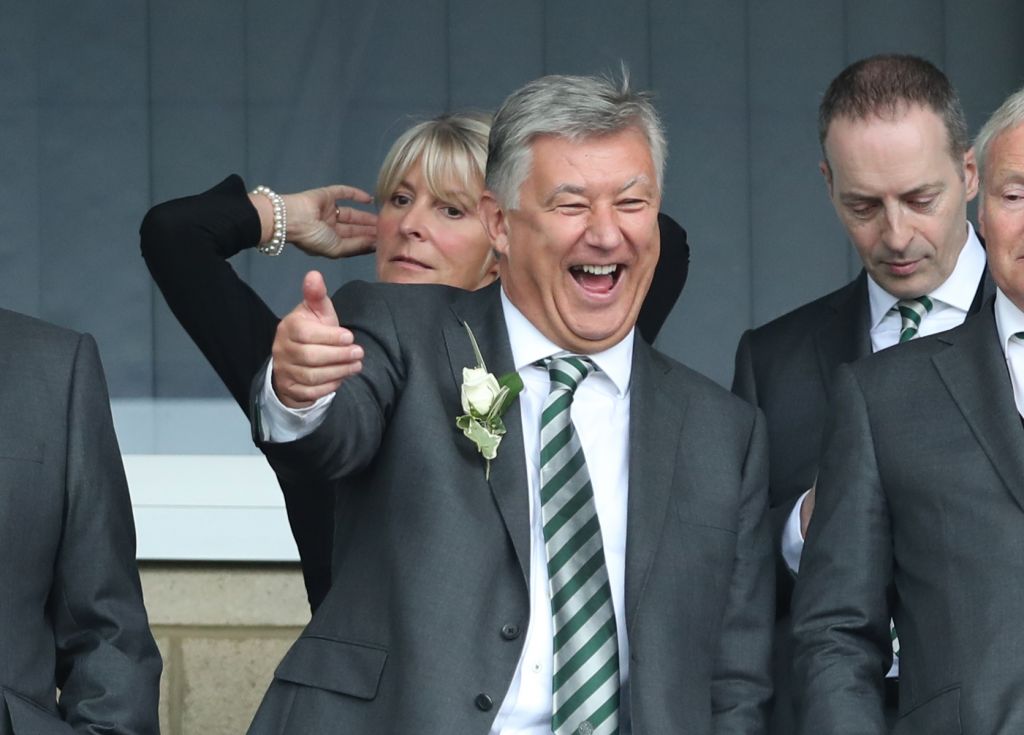 Cetlic Chief Exectutive Peter Lawwell looks on during the William Hill Scottish Cup Final between Celtic and Aberdeen at Hampden Park on May 27, 2017. (Photo by Ian MacNicol/Getty Images)

“A very thorough and balanced assessment by the the team. Lawwell’s “return” is symptomatic on an old boys network that exists at Celtic. Tenure for Executives needs to be shorter and more consistent with modern business practices. Without renewal the club will continue to stagnate, Ange cannot do it all, nor should he because there are risks in that as well.

As for the question about Rangers, it may not be a popular view but a strong Rangers helps Celtic become even better through competitive forces. One of the reasons last season’s title was so enjoyable was that it was so improbable. Around the globe, football and other sports use salary caps, player drafts and other strategies to keep things as competitive as possible. It’s a different question perhaps but one that Scottish Football will face sooner or later,” John Potter

“Ange runs the show simple.. literally from top down.. otherwise it doesn’t work.. seriously..it’s been Ange.. recruitment, player management from 2nds, culture from top to bottom has improved since he took direction..I don’t think they had long term plans before Ange,” Julian Moerman 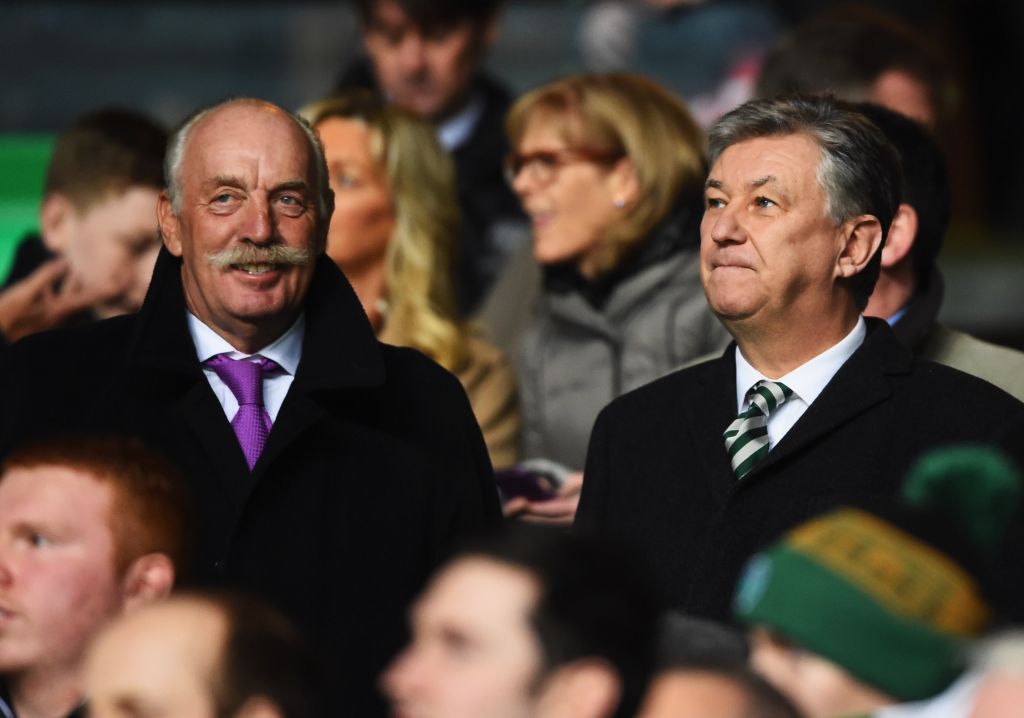 Dermot Desmond (L) and Chief Executive of Celtic Peter Lawwell look on prior to the UEFA Europa League Round of 32 first leg match between Celtic FC and FC Internazionale Milano at Celtic Park Stadium on February 19, 2015.. (Photo by Laurence Griffiths/Getty Images)

A Chairman should, as you say, be an ambassador who will stand up and speak out for the Club’s best interests and against injustices. John Reid (despite his politics) done this well and Bankier was just a wet wipe, too soft for the role. If Lawwell wants the role then so be it, but he should keep well away from anything to do with the football dept – that is for Ange and Michael Nicholson,” JJ Aye

“I have no issue with Lawell being back on the board,, as long as he’s learned from his mistakes,, and If, as a lot of people think,, that he’s never been away, and that seems to be the case, then him and the rest of the board have changed their approach,, as they are back Ange in everything he’s doing. Long may that continue. We all have to stop looking back and fixating on the horrendous 10iar season,, where there was mistakes from top to bottom! Hopefully we’re on the rise in Europe,, one step at a time. Hail Hail,” Mark Yule

“He also lost the trust of many fans for signing up to the 5 way agreement and ignoring the Res 12 guys,” Duncan Mccallum 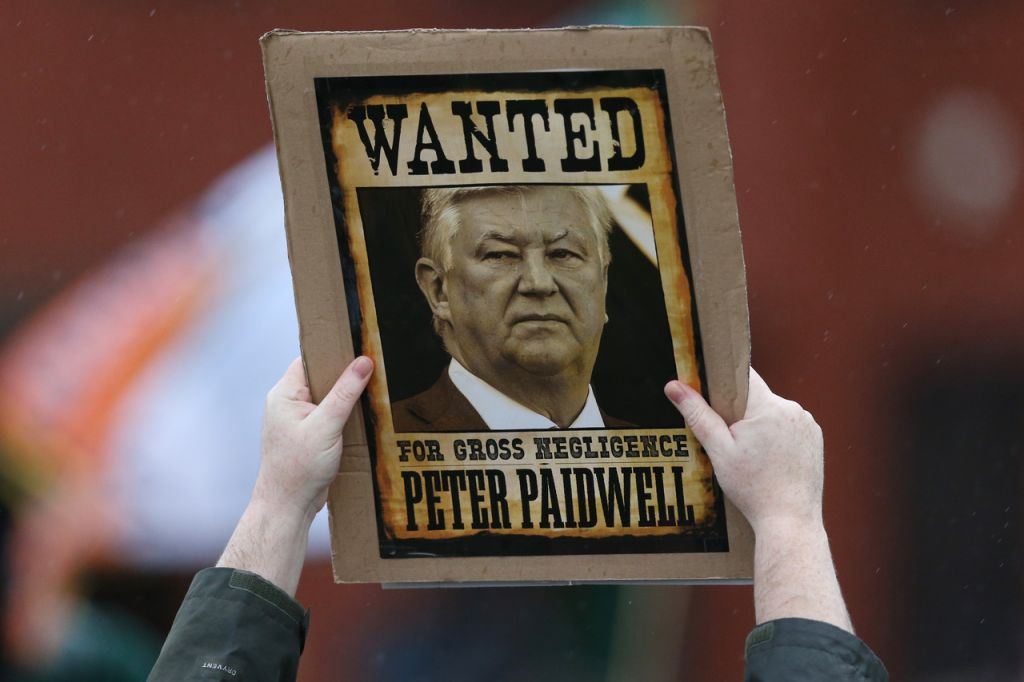 The headlines in Celtic, every morning, in 60 seconds or less! pic.twitter.com/JMGSj8uBn9