You are at:Home»Latest»The Ronny Deila Story – Paying the price for poor European form and a semi-final curse

Deila’s second and last season was a great deal less happy. There was the retention of the Scottish Premiership which in any other club in the world would probably been enough to retain the Manager in his job – but this was Celtic. Both domestic trophies were lost in unfortunate circumstances at the semi-final stage, but it was probably the dismal showing in Europe which sealed Ronny’s fate, as this time Celtic did not even see Europe after Christmas.

Personnel wise there had been a few changes. Denayer had gone before the start of the season and van Dijk went after a few games. Guidetti was no longer there, but on the other hand Callum McGregor, Tom Rogic, Paddy Roberts and Kieran Tierney began to make an impression, and Leigh Griffiths was regularly among the goals. In the League, Aberdeen put up a better performance and their defeat of Celtic in February at Pittodrie led their more gullible supporters to believe that the could win the League with banners like “We’re coming to get you” displayed from the top tier of the Dick Donald Stand. 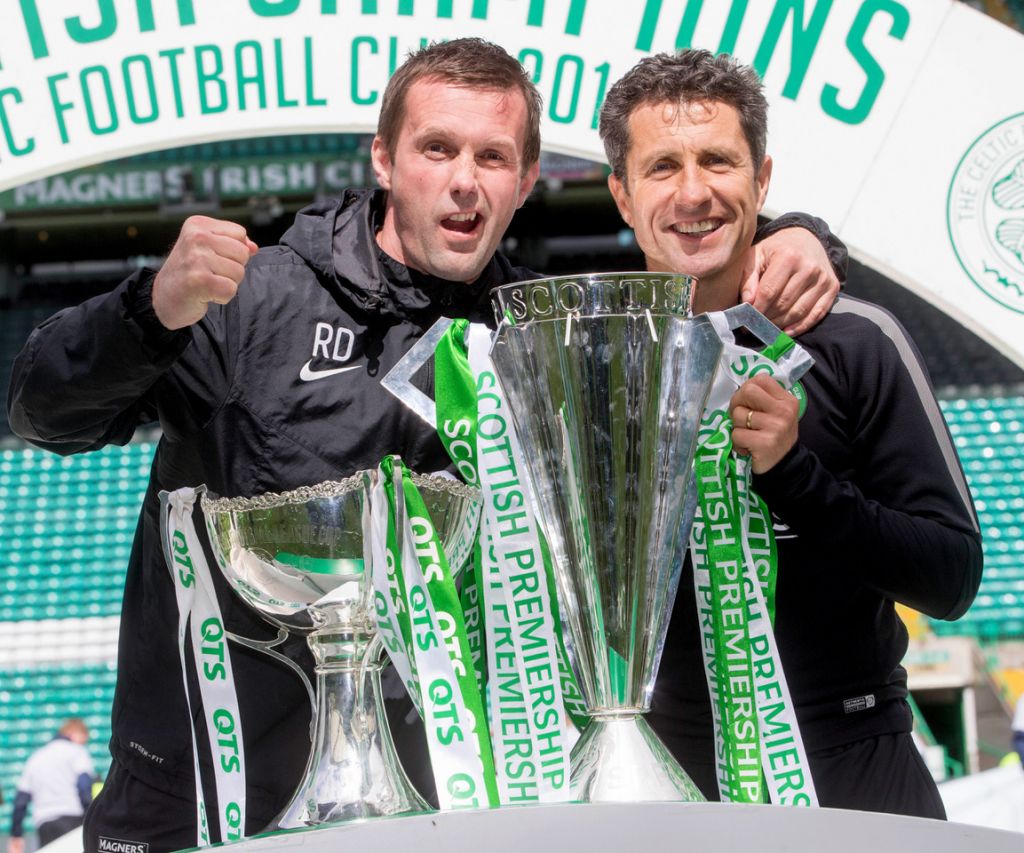 Ronny Deila (left) Celtic manager with John Collins his assistant and the trophies at the Scottish Premiership Match between Celtic and Inverness Caley Thistle at Celtic Park on May 24, 2015 in Glasgow, Scotland. (Photo by Jeff Holmes/Getty Images)

Crowds dropped again, and depression reigned, sometimes excessively and irrationally so, and the feeling grew that sooner or later, Ronny would have to go. But he was winning the League – by no means in any swashbuckling, Lisbon Lions sort of a way, but Celtic were still at the top, and apart from the few over optimistic characters in the North East who were fed all sorts of rubbish by the media, everyone seemed to know this and accept this.

If there was one moment that decided the League, however, it was 19 March 2016 at Rugby Park when Celtic, with Aberdeen still breathing down their necks, were struggling against Killie in a Saturday lunch time kick off. Frankly, they did not look like doing anything at all and two points looked as if they were about to be thrown away until Tom Rogic with a brilliant late strike from well outside the box saved the day.

It was a great goal in itself and a great victory but the key things was that the goal went in at about 2.15 pm and was seen in Aberdeen as they were preparing for their game against Motherwell. The effect was instantly deflating, and a dispirited Aberdeen then went out, played like a team who knew that the title was gone, and lost 1-2 to Motherwell.

The League was duly clinched against Aberdeen at Celtic Park on 8 May, but by that time Deila knew he was going. Ironically some of those who had been so vitriolic towards him now treated him as a hero, as indeed he was, for he had won two League titles out of two, a 100% record which only Jock Stein came anywhere near approaching. His sacking was not understood outside Scotland, and even within Scotland, it had people scratching their heads. 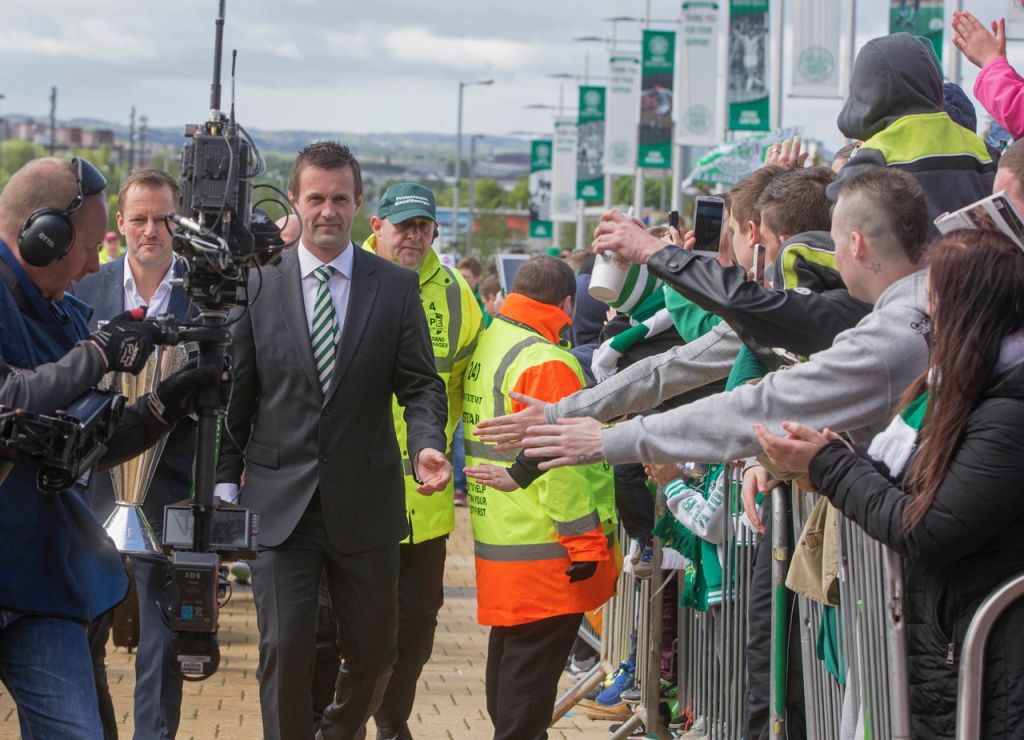 Ronny Deila Celtic manager arrives at the ground met by fans at the Scottish Premiership Match between Celtic and Inverness Caley Thistle at Celtic Park on May 24, 2015 in Glasgow, Scotland. (Photo by Jeff Holmes/Getty Images)

But of course it was the other three tournaments that did for him. Europe had been a disaster. Failing to beat Malmo to qualify for the Champions League was bad enough, but then in the Europa League section against Ajax, Fenerbahce and Molde, not a single win was recorded and only three draws. Frankly, this was not acceptable, and two of the defeats were in front of our own fans.

Probably Deila’s fate was sealed by the New Year. Certainly, it was difficult to find anyone with a good word to say about him at the ground or on a supporters’ bus, and his assistant John Collins came in for even more irratiional criticism with dressing room disharmony, centring around the influential Kris Commons, by no means well hidden. On one occasion Commons had been seen to throw a tantrum after being substituted, and other stories filtered out as well. They were not necessarily true – but of course that doesn’t matter. It is what is believed that is the important thing.

Ronny might just have redeemed himself with a domestic treble, but it was not to be. In the League Cup a good win over Raith Rovers at Parkhead followed by a better one against Hearts at Tynecastle brought Celtic to a semi-final on the last day of January against Ross County. Once again a referee played a part with Craig Thomson dismissing Efe Ambrose and awarding a penalty after something that could not even be called a clash and where the contact was minimal, and even accidental.

It was an awful decision and it cost Celtic a place in the final. But what could not so easily be explained was why Celtic even with ten men did not put up a better show for the rest of the game, and why Leigh Griffiths made such a dreadful hash of a penalty kick. Full marks to the Highlanders but Celtic were woeful.

There was still the Scottish Cup, however. After dealing with the mighty men of Stranraer and East Kilbride, Celtic faced slightly tougher opposition in Morton at Celtic Park, and then (the)Rangers at Hampden in the semi-final. The exit was the most painful way imaginable, that of a penalty shoot out, after a pretty even 120 minutes which had all neutrals throughout the world absolutely enthralled. Celtic hit the wood work frequently and Paddy Roberts missed an open goal, and that was painful enough but in the penalty shoot-out, it was (the)Rangers who won through.

(the)Rangers would get their deserved nemesis in the final against Hibs, but Ronny was effectively sacked in the wake of this semi-final shoot out defeat which plunged all Celtic fans into such despair. Yet we were the champions of Scotland for the fifth year in a row! And we sacked the Manager! It was hard to imagine that happening in any other country in the world, but this is Scotland and this is Celtic. 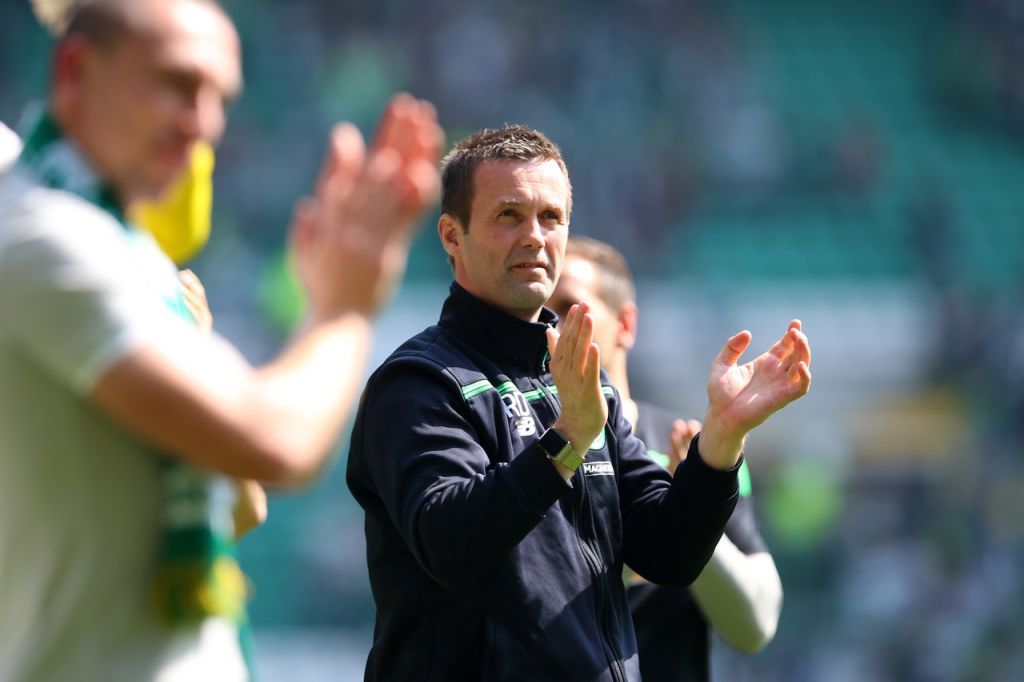 Ronny Deila during the Scottish Premiership match between Celtic and Aberdeen at Celtic Park on May 8, 2016.

So what is history to make of these two bizarre years? I remain convinced that Deila was a good Manager, and that he deserves his small corner of Celtic history. But for the supporters his record was simply not good enough. He was succeeded by Brendan Rodgers, a similar flop in Europe, but Brendan literally won every Scottish trophy he entered for the next two and a bit seasons. The supporters never turned on Brendan like they did on Ronny. 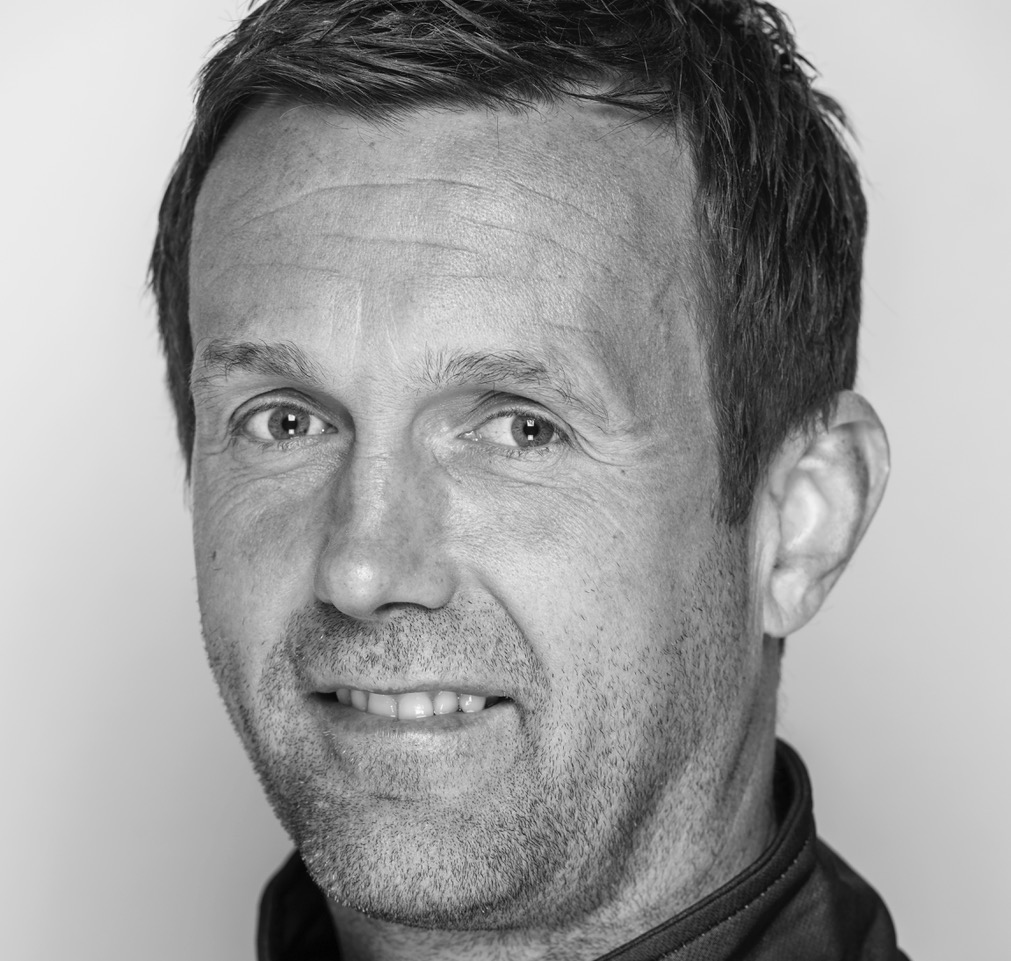 But Brendan turned on us in a way that is not easy to forgive. We can forgive the likeable Ronny for the few things that he got wrong, but Brendan, a far more gifted and successful manager is far more difficult to understand.

Ronny was last heard of as Manager of New York City. In this we wish him well.