You are at:Home»Latest»The Scottish Cup Semi Final of 1892 – Celtic 5 Rangers 3

In the calendar year of 1891, the club had won the Glasgow Cup twice (in February for the 1890/91 season and in December for the 1891/92 season) and there was a noticeable increase in attendance and certainly excitement whenever and wherever they played. Not only that, but there was ambition in the East End of Glasgow with the new stadium being built (to a large extent by volunteer labour) with the express intention of hosting Scotland v England games. It was not that there was anything all that wrong with their existing ground – just that the club was growing too big for it. 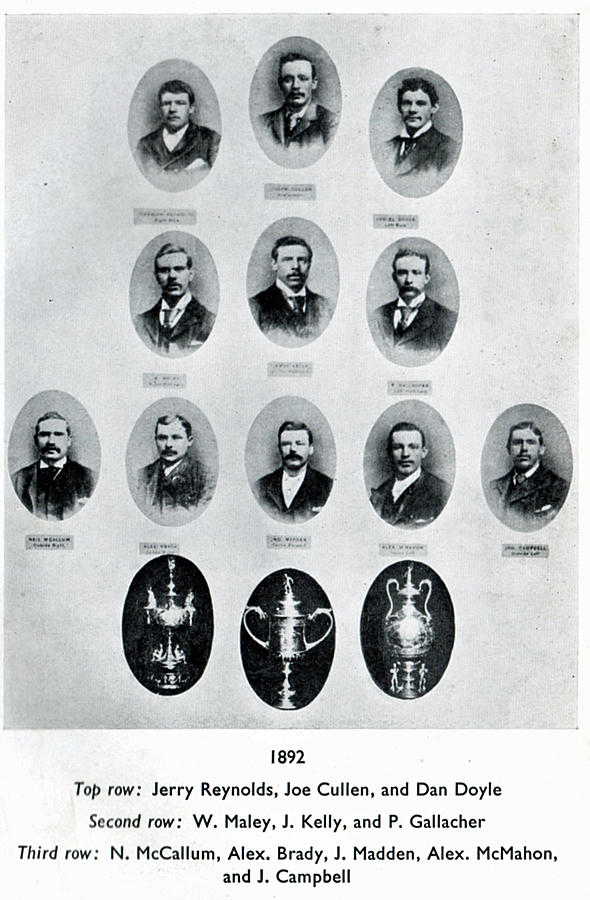 Hibernian had won it in 1887, and it was possibly that one event that persuaded the Irish in Glasgow that a football team might be no bad idea. In the first year of their existence, Celtic had reached the final, only to fall to Third Lanark, although some felt that it was only the bad weather that prevented them. In 1889/90, they had gone out to Queen’s Park at the first time of asking, and in 1890/91 bad weather in midwinter against the very good Dumbarton side at Boghead (hence the origin of the phrase “fatal Boghead”) was their nemesis. 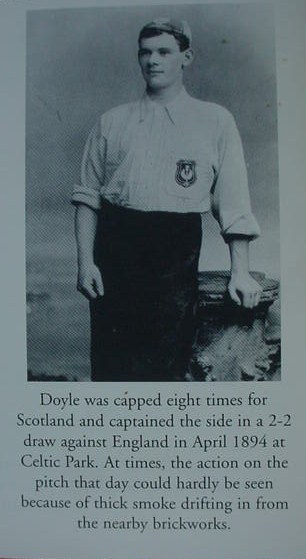 This year, however, had seen wins over St Mirren, Kilmarnock Athletic and Cowlairs in the Scottish Cup, as a solid team began to emerge at Celtic Park. There was Dan Doyle, controversial, quixotic, unstable but by some distance, the best defender in the country, half backs Willie Maley and James Kelly, reliable and steady, and in the forward line the two friends, Sandy McMahon and Johnny Campbell.

That was the backbone of the side, but the thing that marked out this young team was their enthusiasm and their playing for each other. Energised by a vocal and voluble support on the other side of the rope, the green and white stripes were a sight to behold.

The Scottish Cup semi-final draw paired Celtic against Rangers at Old Celtic Park. (No neutral venues for semi-finals for another 20 years). The other semi-final had yet to be played, for on that same day of 6 February, Hearts and Renton were playing their second quarter-final replay at neutral Hampden Park while Queen’s Park awaited the winners. It was widely expected that there would be a large crowd at Celtic Park, and indeed there was. 12,000 lined the ropes, there was a certain amount of crushing at the pay boxes and at the end of the game. Fortunately no-one was seriously injured but clearly the Celtic committee’s decision to build a new and larger ground was totally vindicated as a result.

Rangers were a large club with a big support, but were chronic underachievers in several respects. Although they had gained a share in last year’s Scottish League Championship with Dumbarton, they had yet to win the Scottish Cup, famously in 1879 have failed to turn up for the replayed final against Vale of Leven because they felt that were not getting their own way!

In addition, in spite of having played Celtic on several occasions in several competitions and friendlies since 1888, they had yet to beat them! It was beginning to develop into a sort of a complex, but it has to be stressed that in 1892, the clubs remained on good terms with each other, and there was as yet no discernible religious or sectarian element.

It was accepted that Celtic were “the Glasgow Irishmen”, in the same way as, for example, there was a rugby team called “the London Scots”. A few nasty remarks had been heard at grounds in Paisley and Edinburgh of a vile sectarian nature (same words as we hear these days) but from Rangers, not yet.

On the playing side, Celtic’s form had been good, apart from New Year’s Day, when they had gone down 0-8 to Dumbarton! Admittedly, it was a friendly and there was a slightly weakened team – Tommy Duff played in the goal, and a chap called Cherry of Clyde was given a game at centre half – and it was all explained away by too much alcohol the night before. Indeed there was a certain levity about it all “the Celtic players drank plenty but ate nothing” – but it was still a disappointment to the large crowd, and the spectators certainly felt that they were owed something. 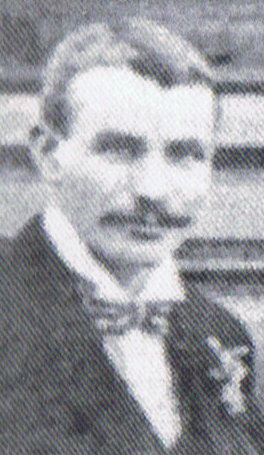 Today, Johnny Madden “the rooter” was out, and for his replacement, Celtic turned not to Johnny Coleman, as might have been expected, but to a virtual unknown called John Cunningham. Other than that they were at full strength. The pitch was heavy after a lot of rain in midweek, but it was a fine dry day for February with a strong sun and a drying southerly wind. Old Celtic Park ran from North to South, and Celtic, having lost the toss, found themselves at 3.15 pm when the game kicked off, playing against the sun and the wind in the first half.

Not that it seemed to bother them, for at half time, they were 4-0 up. The Scottish Referee, an excellent publication which appeared every Monday, talks about a crowd of 12,000 “about six deep in places” enjoying the game in a happy, friendly atmosphere. There was no segregation in the crowd, and although there were arguments and banter and jokes, one never saw an angry man, even though one or two had clearly spent a little too long in the alehouses before coming to the game.

“Considering the condition of the ground, the game was a great one, full of excitement from start to finish and both teams are to be complimented on the entire absence of anything approaching unfair play. The Rangers and Celtic have always been the best of friends. We feel confident that Saturday’s game will increase the already good feeling existing between the clubs. Good Ould Celts! Plucky Light Blues!”

Quite a few things there that will surprise the 21st century reader! The reports of the game talk of Rangers playing well in the first half with Dan Doyle being prominent in breaking up their attacks. Even so Rangers hit the post and had a goal chalked off for offside. But CUNNINGHAM scored for Celtic in 15 minutes with a shot from a distance, and then a lovely move involving McMahon and Campbell saw McCALLUM finish off the move. A couple of minutes after that Alec BRADY did likewise, once again McMahon being involved in the build-up. Then not long before the break, McMAHON himself added a fourth “from a scrimmage”, and at half-time, now that Celtic had the conditions in their favour, a “barrowload” of goals was expected. 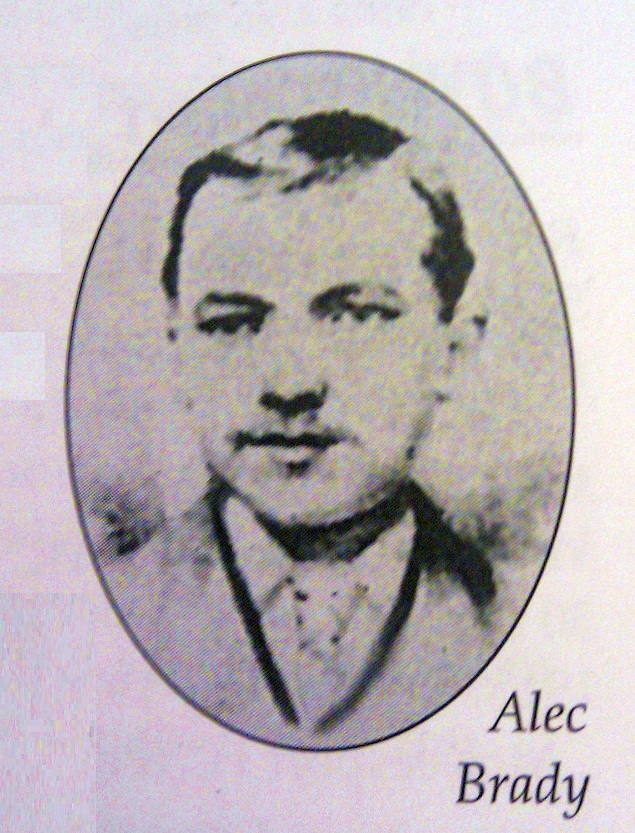 But whether it was the legendary half-time “team talk” or simply that Celtic relaxed, Rangers fought back and began to play some good football. Yet it was Celtic who went five ahead when BRADY from a McCallum pass seemed to put the game totally beyond Rangers reach. But Law, Henderson and Kerr all scored. When the third goal went in, there might just have been a little panic, but it was at this point that the leadership qualities of Maley and Kelly came to the fore, and they were able to break up attacks and prevent any further damage being done.

Mr Sneddon’s final whistle brought delight to the Celtic section of the crowd. Handshakes were exchanged, and “three cheers” were raised for each side, as custom demanded, but as the Celtic men trooped off, the realisation grew that they were actually in the final of the Scottish Cup. Rangers began to wonder if they would ever win that trophy, or indeed if they could ever defeat this “eager-beaver” Celtic team.

Great was the rejoicing in the Celtic heartlands of the city that night, in the various Irish villages dotted round Scotland, and in the Irish communities of Edinburgh and Dundee. Songs were sung, drinks were drunk, and hopes expressed for a good performance in the final.

Renton had beaten Hearts in the quarter final, so everyone knew that it was either Queen’s Park (last year’s winners and nine times overall) or Renton (winners in 1885 and 1888 and of course the former team of James Kelly and a few others) in the final.

It was something to be looked forward to and to be talked about as the volunteer labourers turned up for their unpaid work on Sunday (shocking for Presbyterian Scotland, but a great deal less so for the Irish) at the new Celtic Park. There was even talk of a General Election soon. The Liberals might win, and that might even mean Home Rule for Ireland! Home Rule and the Scottish Cup in the same year? Now that would be something to dream about, would it not?