You are at:Home»Latest»The Short Story Of Peter Scarff

Peter Scarff is one of a few Celtic players with a tragic story. A great player from Linwood, he made his Celtic debut in 1929. Willie Maley, who laid a Celtic shirt on his coffin, described him as the perfect successor to the legendary forward Jimmy McMenemy. An outstanding inside left, Scarff famously told his fiancé “When I wear that Celtic jersey, I’m playing for you. Those are the two most important things in my life.”

Scarff played alongside John Thomson, James McGrory and Jimmy McStay, among other greats. He won the Glasgow Cup within a year of his debut and added a Scottish Cup to his collection later that season. Scarff scored 55 goals in 112 appearances for the club, but his honours list didn’t extend beyond the two aforementioned medals due to terrible tragedy. 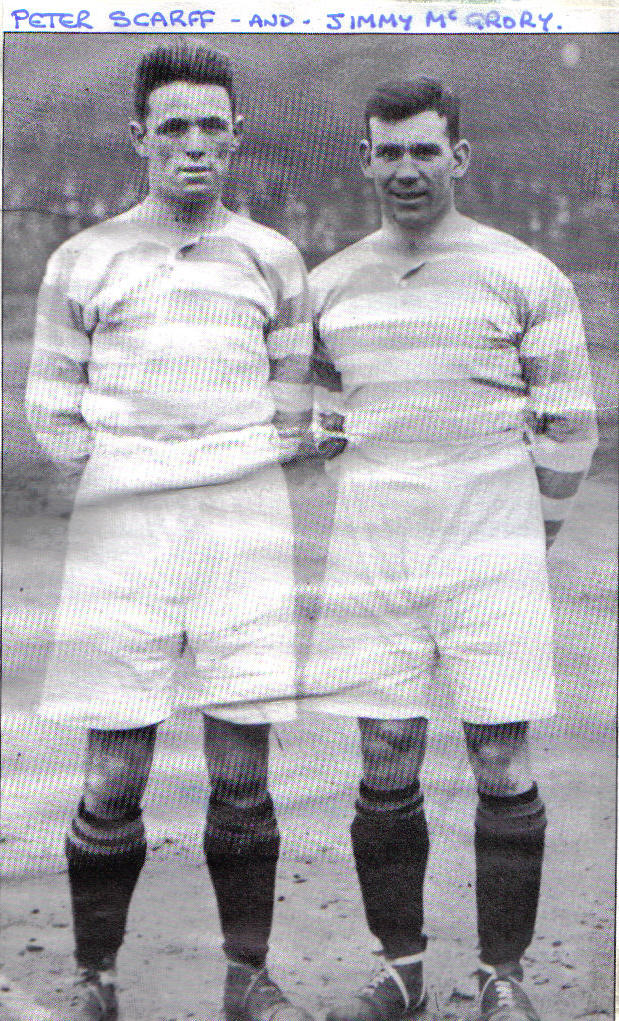 Willie Maley had assembled a cracking young side, however two of his players would pass away within a very short space of time. John Thomson suffered a famous fatal blow to the skull against Rangers and, 18 days later, Peter Scarff had to come off at half time in a match due to illness. He played his final game for Celtic, against Leith Athletic, three months later in December 1931. Coughing up blood, there was major concern for the great young starlet, who was swiftly diagnosed with tuberculosis, which was a deadly disease.

Scarff was taken to Bridge of Weir sanitorium, where he was treated for the condition. He showed glimmers of hope, but by July 1933 it was announced that he would never be able to play football again. This hit Peter hard and he is quoted in hospital as saying, “I wonder if the crowds ever miss me?”

Worse was to follow in December that year when, on the ninth of the month, Peter Scarff passed away from his condition. He had fought gallantly for two years but succumbed to the condition at the tender age of 23.

The Celtic support mourned his loss deeply. Not only was Scarff a young man, who loved the club, but he was also an exceptional goalscorer. There was a large turnout at the funeral, in what was an extremely emotional occasion. Reports of the time suggest that there were many watery eyes, particularly when Willie Maley performed the gesture of placing a Celtic jersey on the coffin as it was interred.

Within a decade of his passing, the Peter Scarff Celtic Supporters Club was established in Linwood. The CSC placed a small monument next to his grave in tribute to a great Celt and the club still exists to this day.

The Celtic Graves Society immortalised Peter Scarff’s memory by holding a commemoration in his honour in 2013, to mark the 80th anniversary of his passing. Peter Lawwell, Jim Craig and a host of Celtic historians were present. 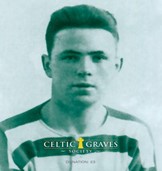