You are at:Home»Latest»The Spanish Flu Pandemic almost got Celtic’s Napoleon

People tell you that spring 2020 is an unusual time. No doubt about that. In many ways it is unparalleled in human history, but we now appear to be turning the corner, if I am reading the signs correctly. And there have been pandemics before – and one in particular nearly took away one of Celtic’s greatest players.

It was 1918. All the signs were that the Allies were now beginning to win the war, and all the signs in Scotland were that the long career of Jimmy Napoleon McMenemy was coming to an end. He was now nearly 38, and was suffering increasingly from a badly damaged knee. It seemed to all intents and purposes that the Glasgow Charity Cup final against Partick Thistle was to be McMenemy’s last game.

If so, it was a fitting way of bowing out, for Celtic won 2-0, and the Glasgow Herald, a long term admirer of McMenemy says “McMenemy played with all the liveliness and cleverness which attracted attention to him as a junior and along with McNair showed that the calculating type of player need not fear the passing of time so intensely as the merely energetic”.

Celtic had now won the Glasgow Charity Cup for seven years in a row.

McMenemy did not appear for Celtic at the start of the 1918/19 season. This may be because he had indeed intended to retire, or it may have been that other things were catching up on him, namely the British Army trying to conscript him in what was called the “comb out”. McMenemy had hitherto been working in the shipyards – a totally acceptable job – but by August we read in The Glasgow Observer that he was “under starter’s orders”.

This phrase probably means that he was in fact conscripted but not yet enlisted for the front – in the case of McMenemy because of his knee which rendered him unable for the moment to be a soldier. He was however now under military orders, and could be moved about by the military, in McMenemy’s case to Belfast at one point, but more often at Ayr. 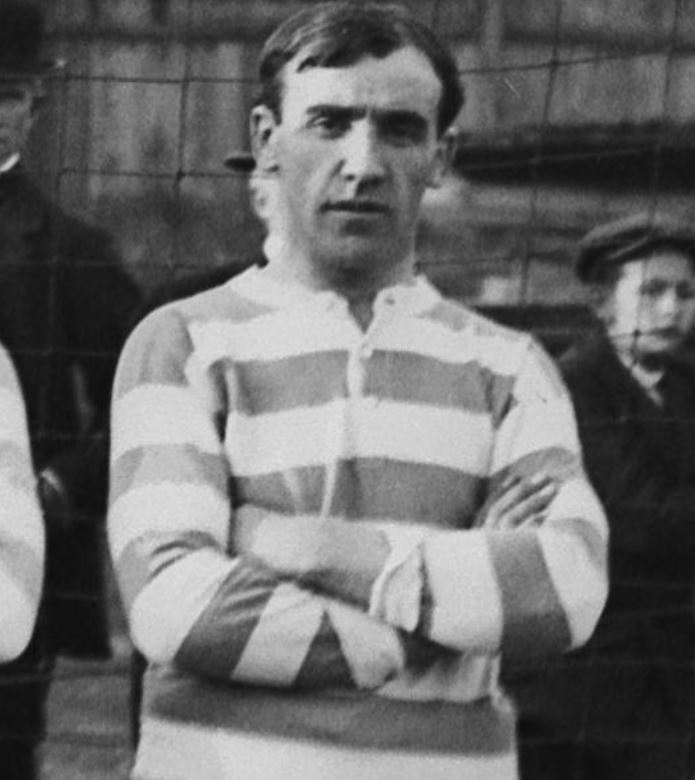 He might yet have been taken to France, but in fact the Armistice was signed on 11 November with McMenemy still in Scotland. He had escaped the war. Coincidentally his knee was now improving, and a couple of days after the Armistice, Willie Maley was able to announce joyfully that Jimmy McMenemy had decided to rejoin Celtic. He might have played against Clydebank on 16 November, (The Glasgow Observer was looking forward to seeing the “Parkhead Foch” once again – Foch being the French general who had just dictated the Armistice terms) but the game was fogged off.

It was confidently expected that he would make his return, however, on 23 November when Celtic were due to play Partick Thistle at Firhill.

“The Internationalist is sure of a hearty reception. Players of his class are hard to find”.

However The Daily Record of 21 November quotes Maley as saying that McMenemy’s return was doubtful for he was “not too well” at the moment. This was of course the ‘flu, subsequently called the Spanish flu, which was sweeping Europe at the time, and McMenemy was very ill with it. He did not appear on 23 November, and The Glasgow Observer of 30 November tells us why.

“Those who had expected to see McMenemy play at Firhill are not likely to have that pleasure for quite a long time. Mac (sic) was seriously – I might say dangerously ill on Saturday, and in fact it was touch and go for the type of ‘flu hanging around at the moment is what one might call virulent. I believe the favourite has got the turn for the better, though it will still be long before he gets back to delight us with those clever touches that mean so much and look so simple”. 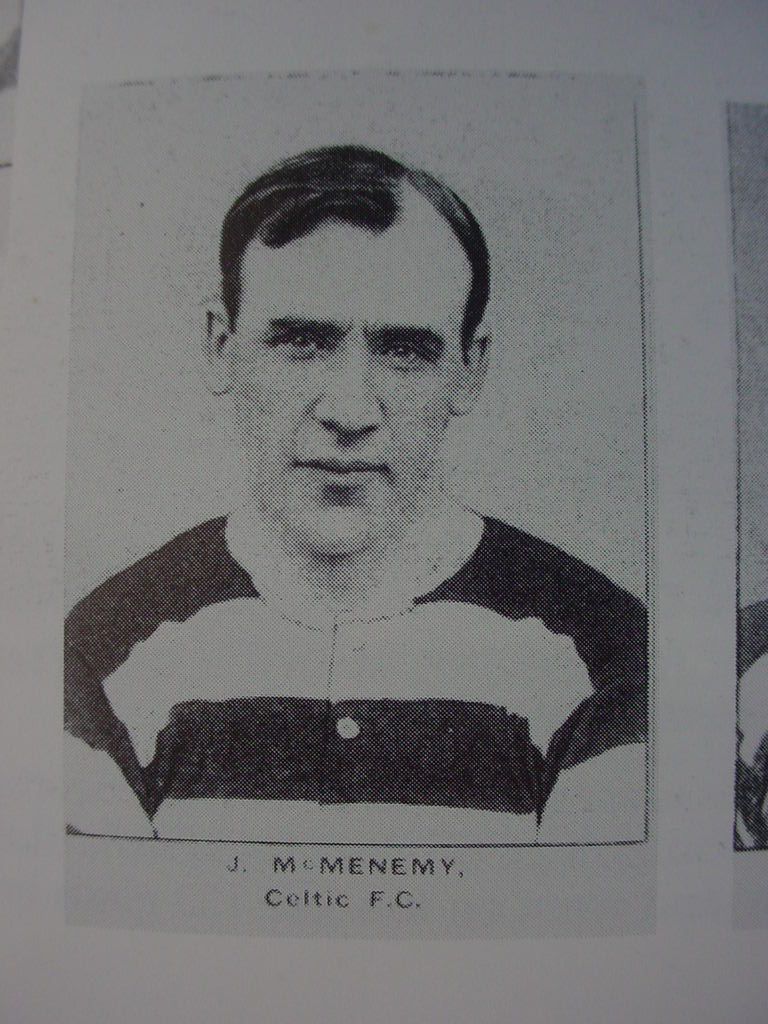 And he did recover! Saturday 14 December 1918 (already a significant day in British history for it was the first day that women cast their vote in a Parliamentary election) saw Celtic Park rise in acclamation at the re-appearance of their hero. And he paid them back with a goal and a lay-off for Jimmy “Sniper” McColl as Celtic beat Dumbarton 2-0, the first step to the recapture of the Scottish League in 1919. You certainly could not keep a good man down!

He played for another three years, winning a League medal in 1919, a Scottish cap in 1920 and a Scottish Cup medal (with Partick Thistle) in 1921.Not only that, but of course, he played a great part as the “trainer” and de facto Manager of the great Celtic team which won the Empire Exhibition Trophy in 1938. He eventually died in 1965 at the age of 84, (bar his friend Dave McLean, the last survivor of the great Celtic team of the early 20th century) and is generally regarded as being one of the greatest Celts of all time.