You are at:Home»Latest»The Troubles? ‘Swings and roundabouts’, as Clarke labels DUP ‘Sectarian Protestant Party in Ireland’

VETERAN politician Ken Clarke has hit the nail on the head when it comes to the loathsome DUP, attacking the Prime Minister Theresa May this morning for continually pandering to the 10 loyalist MPs from “Ireland”.

He told Sky News that May is spending “all her time on party management, trying to keep hardline Brexiteers and this sectarian Protestant party in Ireland onside.

“She’s still going back to the DUP trying to satisfy their unbelievably silly points on the Irish backstop,” the former Chancellor said.

DUP leader Arlene Foster, a big supporter of the Rangers, has been a guest in the Ibrox directors box. She was there when Celtic thumped them 5-1 and her face was a picture – have a look in the photograph below (bottom left). 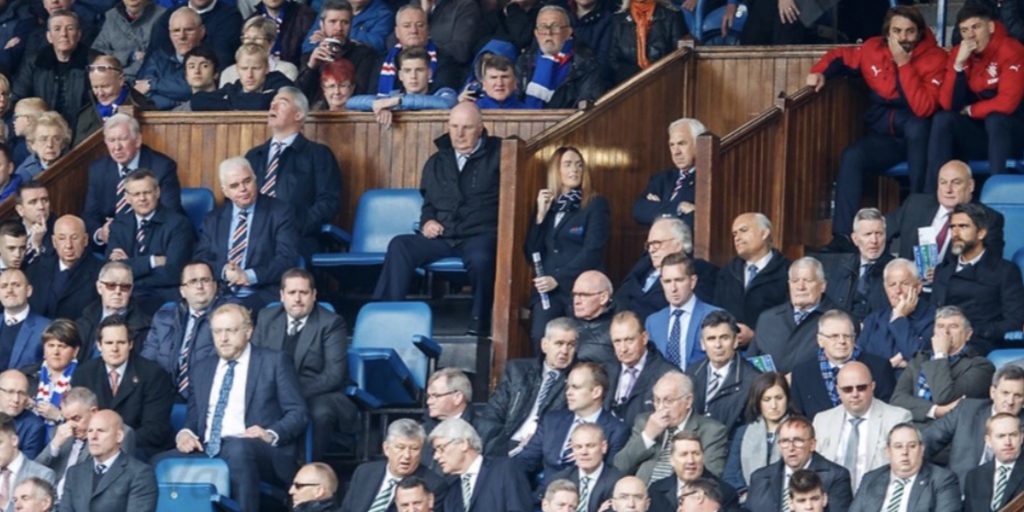 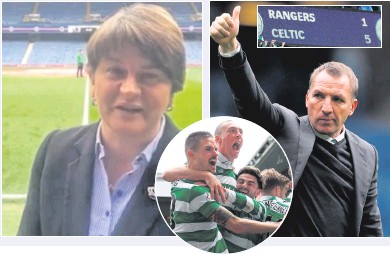 Irish history and politics as we all know, continues to be a factor in Scottish football. This weekend as the action gets back under way you will hear chants tonight about the Battle of the Boyne in 1690 and maybe tomorrow about the Easter Rising in 1916. The Troubles should also be referenced, maybe in the Roll of Honour.

Neil Cameron is the Football editor of The Herald, Evening Times and Herald on Sunday. He posted this on social media a few days ago: “Sure, a return of the Troubles would be a disaster for the island of Ireland, but it would bring some much needed relevancy to the songs heard at Scottish football grounds. Swings and roundabouts…”

Sure, a return of the Troubles would be a disaster for the island of Ireland, but it would bring some much needed relevancy to the songs heard at Scottish football grounds. Swings and roundabouts…

“A really stupid tweet, Neil. I think you should delete it.”

“You know..I heard you were a bit doo lally. Thankfully you havent done anything to suppprt that claim. Oh …wait.”

“A return to the troubles is not a laughing matter.”

“Educate yourself before you try and make light of the horrors committed on our island by your British government and around the world for that matter.”

“Badly judged, and that’s being generous.”

“Neil, generally your articles are pretty good but your standards are slipping ffs, LG9 article and now wishing to discuss the Irish troubles, is that your next article? Get a grip.”

As someone who lived through the worst of the troubles that’s a horrible and crass comment, is there no level you won’t stoop to raise your profile?

Cameron replied: “I was having a go at people who sing about the Troubles but don’t know anything about them. That’s the irony.”

I was having a go at people who sing about the Troubles but don’t know anything about them. That’s the irony.

Previous ArticleNo to McTominay and still Nothing New on Broony or Lustig deals
Next Article Revealed: Celtic’s Place in Europe’s Top 10 Elite