You are at:Home»Latest»The Unique Mr & Mrs Moment in our Celtic Story That Happened Yesterday

At the end of last season as Fran Alonso’s Celtic FC Women’s side was chasing down a Champions League spot in a hotly contested three horse race against Glasgow City and theRangers a rather unique situation developed. An important and fully fit Celtic player wasn’t in the squad because of a pre-arranged prior commitment – her wedding day!

There’s context to that, the SWPL was suspended over the winter as the Scottish Government decreed that all football outside of the Scottish Premiership and Championship should halt due to the pandemic. When play resumed in April the season was thereafter ending on 6 June – and that meant that the Celtic player couldn’t be in two places – or continents – at the same time. 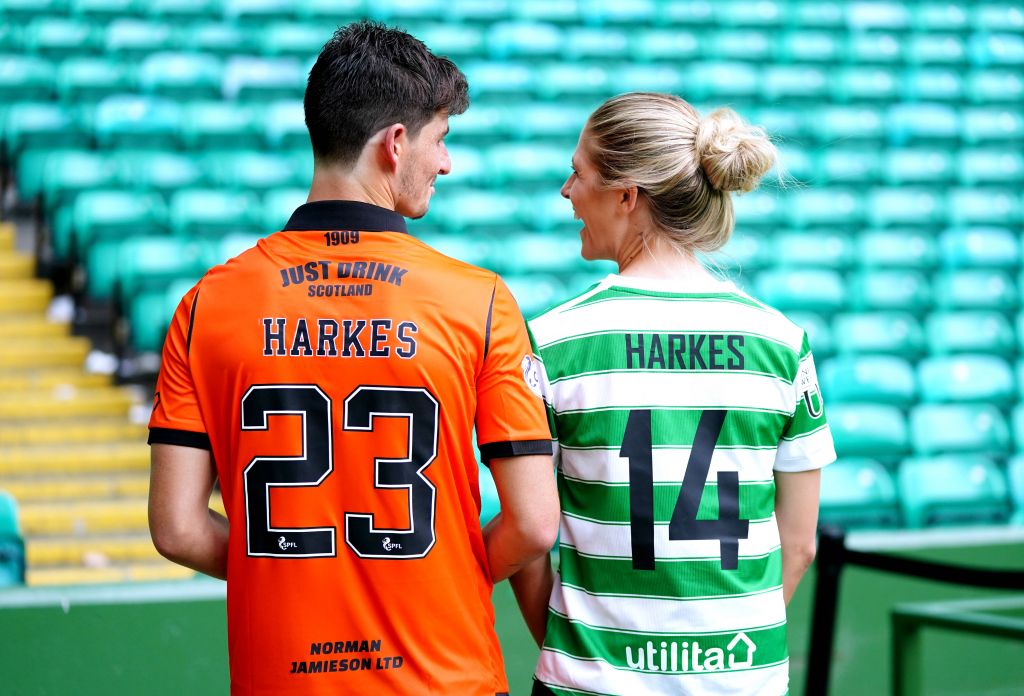 Things were further complicated by the fact that her then fiancé is also a professional footballer playing in the Scottish Premier League and of course there was no similar delay to that league’s season ending as play was not interrupted.

So Fran Alonso coped without one of his star performers, the wedding back home in the United States went ahead as planned and that was that. Both players returned for their pre-season duties and the Celtic bride played in the Champions League for the Hoops against Levante and FC Minsk, while her new husband had to league cup duties to attend to at Dundee Utd.

So to the point, yesterday a rather unique thing happened, the newly weds both played in matches involving Celtic on the same day and both scored – Sarah Teegarden – now Harkes – scored in the dramatic Celtic FC Women’s 2-1 win over Hibs at the Penny Car Stadium in Airdrie in the 12.30pm kick-off and at around 3.20pm over at Celtic Park her husband Ian Harkes equalised for Dundee Utd against Celtic in the Scottish Premiership in a match that ended 1-1.

Just when you thought you’d seen it all.  The happy couple posed for some photographs after the match at Celtic Park yesterday and it’s a day that the Harkes family will talk about for years to come. And at least we celebrated Sarah’s goal! 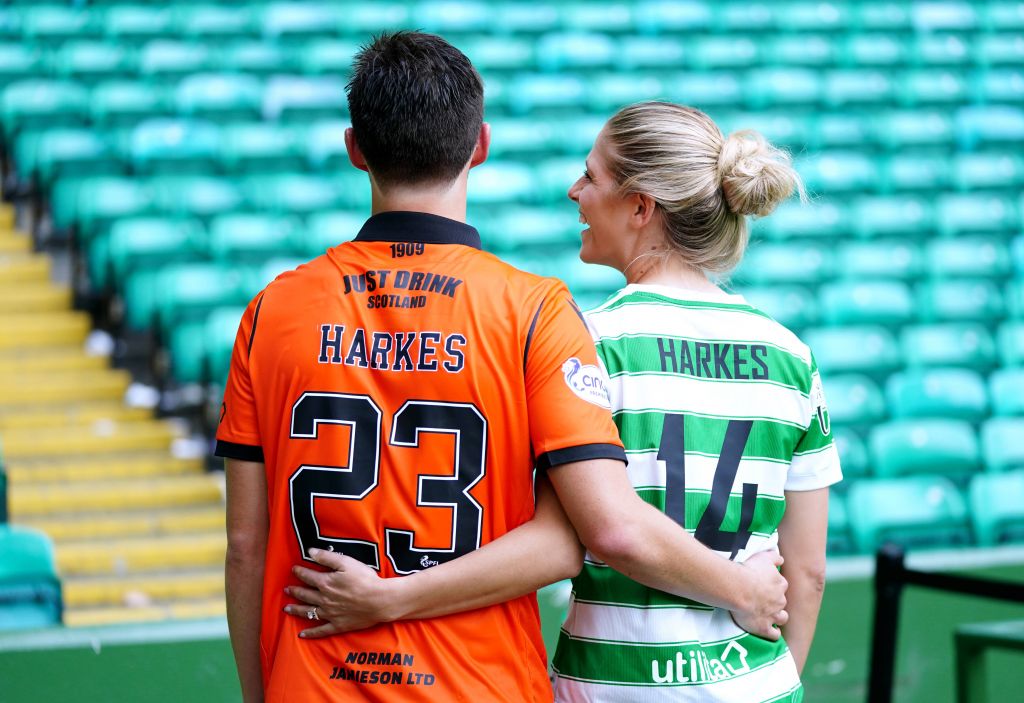 Dundee United’s Ian Harkes left and his wife Celtic Women s Sarah Harkes pose for a photo at the end of the cinch Premiership match at Celtic Park, Glasgow, after both scoring a goal in their respective matches. Photo Jane Barlow