You are at:Home»Latest»‘There are loads of players dying to get in,’ Mikey Johnston on Competition at Celtic

MIKEY JOHNSTON was the Celtic player put up by the club last night to speak to the media, after Celtic arrived in Tallinn for this evening’s second leg of the second qualifying round for the Champions League against Estonian Champions Nomme Kalju.

That tends to suggest that Johnston, who scored the crucial equaliser in the away leg in the last round in Sarajevo, is likely to feature this evening (kick-off is 6pm Celtic Park Time).

The 20 year old is full of enthusiasm and answers the questions like he’s having a chat about football with his mates. As a result he doesn’t say too much or give the press to much copy to use. Maybe that’s not such a bad thing though? 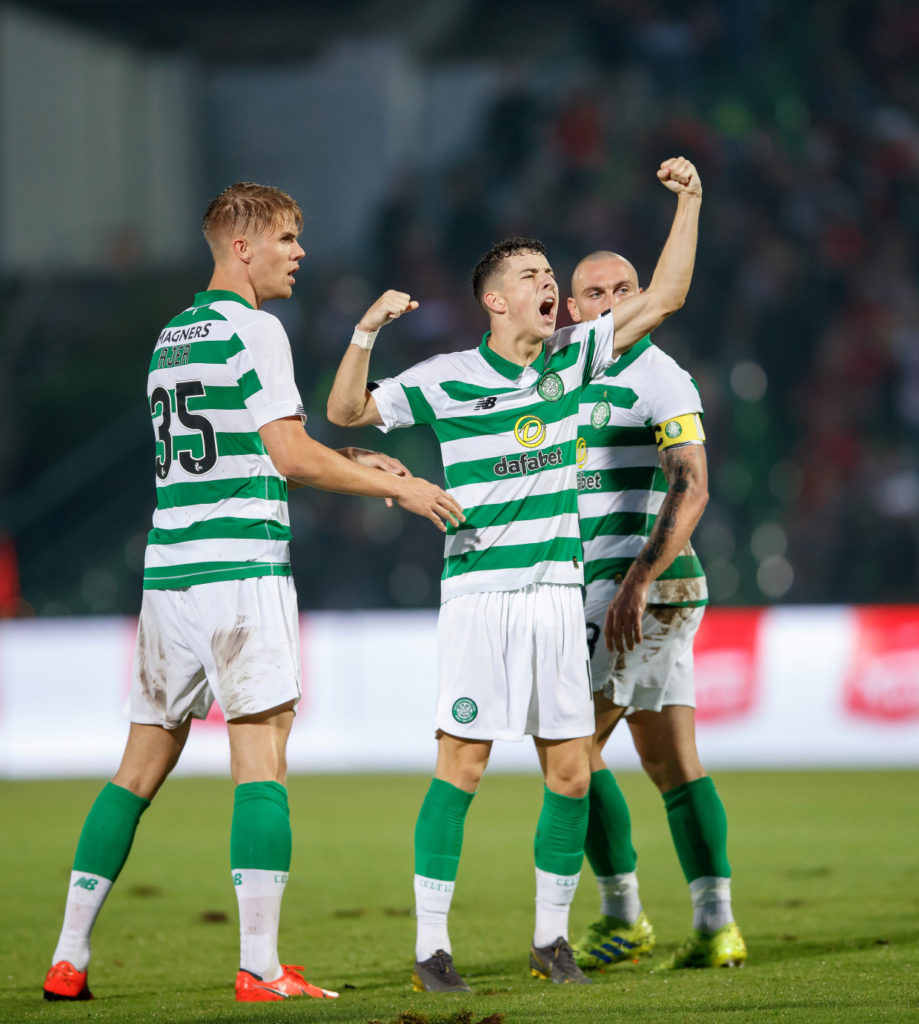 You can enjoy Mikey’s Media Conference from Tallinn below, courtesy of Celtic’s You Tube channel.

“There’s a lot that we can get out of the match,” Mikey said. “Players can get game-time, and we want to get the job finished.

“It’s a tough place to come but we have a job to do. The season starts this week, so we can take something from this game.

“There are loads of players dying to get in and it’s up to us on the pitch to prove ourselves. I just try to take things day by day, work hard and hopefully I can get my chances,” Mikey stated, as reported by the official Celtic site.

‘Some are Itching to play,’ Lenny to play Gordon, Jullien, Ntcham, Sinclair as Stalwarts Stay at Home

If you would like to write for The Celtic Star, on any Celtic related subject of your choosing, we’d love to hear from you. Send your contribution over to editor@thecelticstar.co.uk and we’ll do the rest.

Previous Article‘Some are Itching to play,’ Lenny to play Gordon, Jullien, Ntcham, Sinclair as Stalwarts Stay at Home
Next Article ‘Alexa – Show me a picture of club captains standing beside a trophy they’ve never won!’