You are at:Home»Latest»‘There is no gap anymore’ Kris Boyd makes statement after Celtic defeat

Going into Sunday’s game, Celtic knew that a win would see them go 8 points ahead of the Rangers and tilt the title race massively in their favour. But instead the Hoops ended up losing 2-1 at Parkhead, and could now find themselves chasing their Glasgow rivals if they manage to win their game in hand.

This performance did not come out of nowhere though. Steven Gerrard’s side had been the better team at Hampden Park earlier this month as well. But an inspired Fraser Forster in goal combined with some wasteful finishing from Alfredo Morelos meant that it was the Hoops who went home with the Scottish League Cup. And the terrible performance was swept under the rug as the club celebrated their tenth straight domestic title.

There is no hiding from Sunday’s performance though. The Rangers came into Celtic’s own backyard and outperformed them in all departments. They seemed like the hungrier team and deserved the win on the day. And now there can be no doubt that Steven Gerrard’s side are genuine title contenders this season. This was their first win at Celtic Park since 2010. 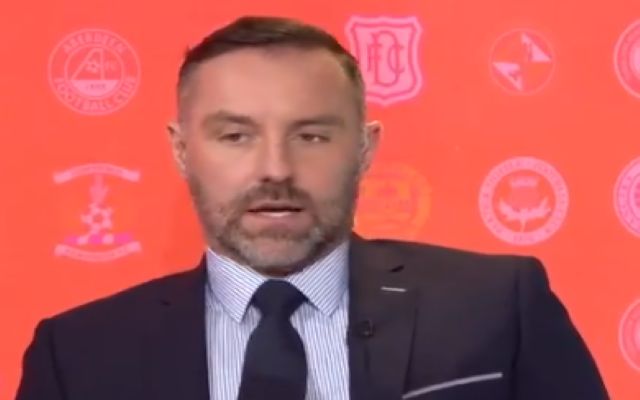 Kris Boyd even went as far as to claim that there is no gap at this moment between a team that is chasing their ninth straight league title and a team that has never won a major trophy since their ‘resurrection’. As reported by Sky Sports, the former Rangers man said:

“A lot of people had been criticising Rangers for not winning the League Cup final but they took a lot of belief from that performance. A lot of Celtic’s play was very tentative today and Rangers thoroughly deserved to leave with three points.

“When you go back through the years, Celtic have totally dominated this fixture. I think there’s a different belief inside Ibrox since Steven Gerrard took over as manager.

“It was always going to be difficult, your first job as a manager, but he’s surrounded himself by guys who know the game. Rangers have shown there is no gap anymore.”

Celtic now know that they have a fight on their hands for the league title. And they should look to improve their squad in the upcoming transfer window drastically. James Forrest has fallen off recently and could do with some genuine competition at right-wing. The left-back position is still not set in stone. May be Celtic could do with another centre-back as well. And a new striker is a must. There are a lot of questions swirling around Parkhead right now and not a lot of time to find the answers.